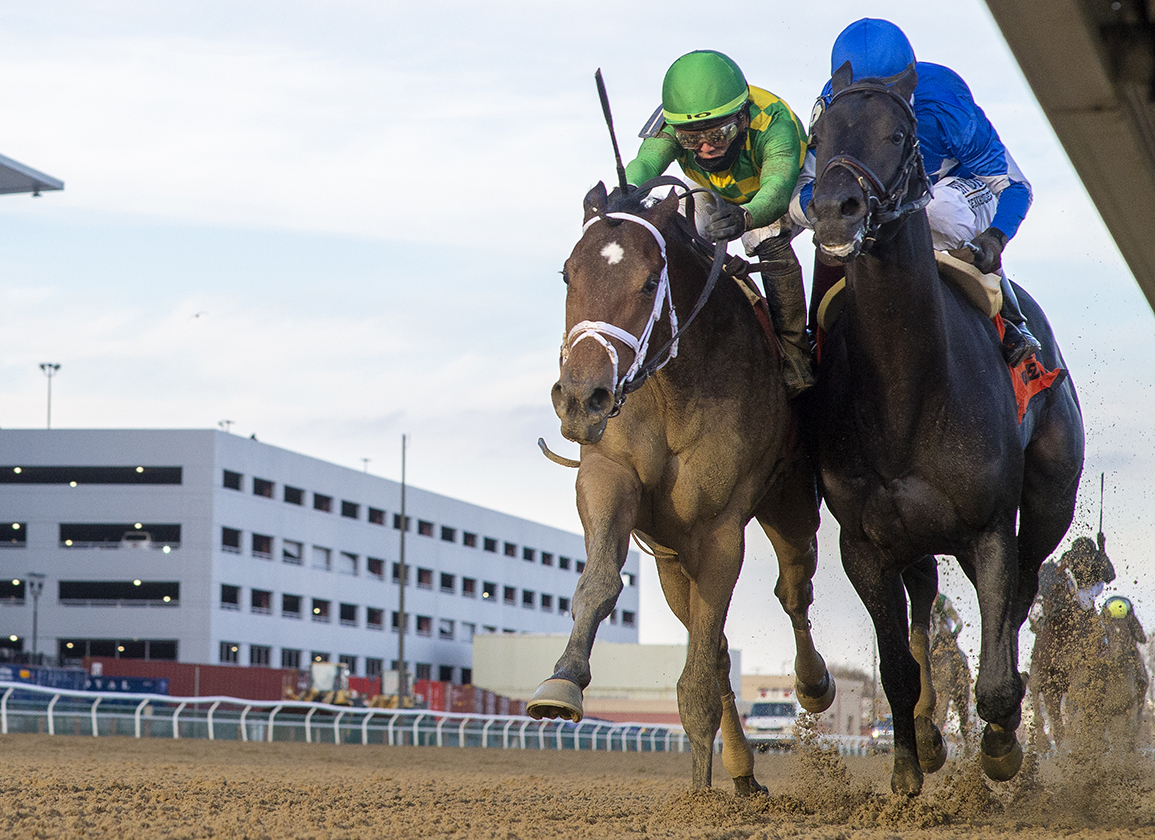 The owner of the runner-up in last Saturday's GII Remsen S. at Aqueduct has lodged a protest with the New York State Gaming Commission (NYSGC) over the stewards' non-disqualification of the winner by a nose in that race after both an inquiry and a jockey's foul claim regarding the stretch run.

Dave Grening of Daily Racing Form first reported the news on Thursday. He quoted Jeff Drown, the owner of second-place finisher Zandon (Upstart), who said that the actions of victor Mo Donegal (Uncle Mo) and that colt's jockey, Irad Ortiz Jr., cost him the win.

“Certainly, the outcome was affected by how the race was ridden,” Drown told DRF.

Mo Donegal skimmed across the heels of the four frontrunners to escape traffic at the top of the lane and was poised to pounce in upper stretch with a bid to the outside of Zandon and jockey John Velazquez.

The two colts crested the eighth pole in lockstep, then Mo Donegal tightened the lateral gap between them under right-handed stick work from Ortiz. But being put into tighter quarters seemed to embolden Zandon, who fought back gamely as the two bumped and brushed approaching the wire.

The Equibase chart caller described how Irad Ortiz Jr. threw “repeated exaggerated crosses with the left-hand rein near the face of the runner-up” in an “attempt to intimidate” Zandon.

“We were down the lane fighting in a big race,” Ortiz said right after that Dec. 4 win. “[Velazquez] was riding his horse and I was riding mine. It was a good race and we got together a little before the wire, but it was a beautiful race.”

Velazquez said Mo Donegal “got on top of me and I just missed. He laid on top of me right before the wire and just beat me by very little.”

Drew Mollica, a New York-based attorney who specializes in racing-related cases and is representing Drown, told TDN that the very tight margin of victory is part of what merits a review.

“My client's position is there's no question it was a foul. The facts speak for themselves. If Mo Donegal had won by eight lengths, you could say [the actions of the winner and his jockey] didn't affect the outcome of the race. But Zandon was beaten an inch,” Mollica said.

Two other factors could come into play if the NYSGC opts for a review.

The first is that the day after the Remsen, Ortiz was suspended 30 days by the Aqueduct stewards for careless riding, primarily for his role in unseating another jockey in a Dec. 3 race. But state steward Braulio Baeza Jr. told DRF on Sunday that part of that penalty also had to do with Ortiz's stretch ride in the Remsen, “even though the official ruling of Ortiz's suspension does not reference the Remsen,” Grening wrote.

The second factor has to do with there being two substitute stewards on the job at Aqueduct on the day of the Remsen.

DRF reported that state steward Baeza and Jockey Club steward Jennifer Durenberger were both not officiating the races on Saturday. “Stephen Pagano, a steward at Monmouth Park, filled in for Durenberger. Carmine Donofrio, a longtime commission steward at New York Racing Association tracks who retired nearly eight years ago from that position, filled in for Baeza,” Grening wrote.

When asked if the substitute stewards would factor into his client's planned appeal, Mollica said, “In New York, as you know, the final arbiter of anything is the state steward. But the issue at hand is the horse was beaten an inch.”