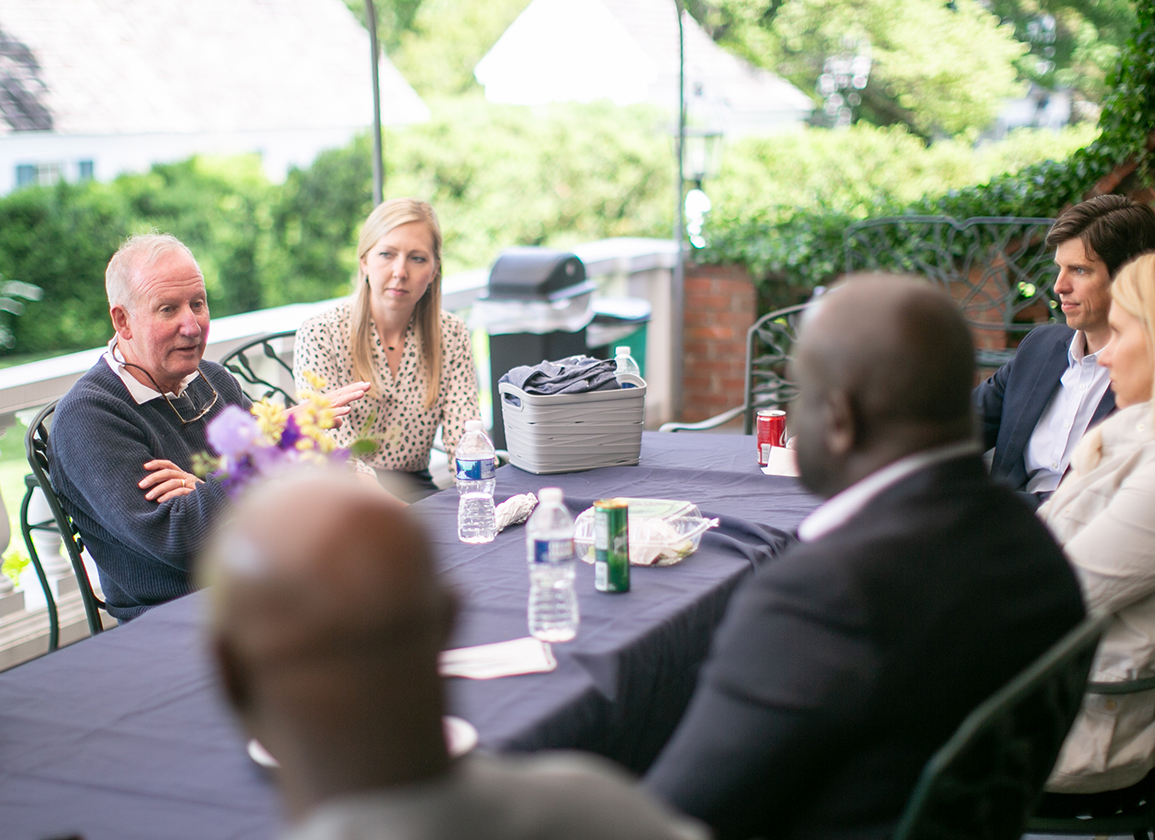 Where others see insurmountable challenges, Johnathan Miller sees opportunity. That's what led him to serve as the president of the Thoroughbred Retirement Foundation, where he worked to help cut off the slaughter pipeline and give a safe and humane retirement to hundreds of equine retirees. It's why, in 2004, he started a foundation to transport badly needed health care professionals and medications to Africa during the height of the HIV/AIDS pandemic.

On Tuesday, Miller officially launched his latest charitable endeavor. That's when his foundation delivered the first of many doses of the COVID-19 vaccine to rural villages in Botswana in southern Africa. Only four percent of the population has been vaccinated in Africa and very few among those living in remote areas of the continent have access to vaccines or any kind of health care.

Miller resides on a farm in Paeonian Springs, Va. with his wife Lisa and operates a small breeding operation. He also served as the racing advisor for the late owner Magalen Ohrstrom “Maggie” Bryant, who campaigned 2014 GI Travers S. winner V.E. Day (English Channel). But he is best known for the work he has done in the public and private sector, much of which has to do with Africa.

“Besides my bride, I have three passions in life–the thoroughbred, aviation and Africa,” he said.

At the age of 30, he headed the branch of the Peace Corps in Botswana and would later become the Africa regional director for the United States Peace Corps, a position he held until earlier this year. He has also worked in various roles in the Reagan administration and the George H. W. Bush administrations, managing the daily operations of Reagan's Executive Office, and serving as Senior Director of the National Security Council. He is the founder of Bluemont International, a company that advises clients looking to do business in emerging markets.

Somehow he found time to start the Airborne Lifeline Foundation. The foundation uses small airplanes and helicopters to bring medical personnel and supplies to African villages that were otherwise inaccessible.

“Years ago, during the HIV/Aids pandemic, it became obvious that if you were in rural parts of southern Africa you were not getting treatment, and not only for HIV/Aids. You were not getting anything in terms of medical care,” Miller said. “TheHIV/Aids pandemic was rife in Botswana, where I used to be the country director for the Peace Corps. I looked at the situation and decided that we needed to get preventive care people out to these rural areas. I formed a foundation with my wife and signed an agreement with the Botswana Ministry of Health. We later expanded to Malawi and Zambia. For eight years, we flew preventive care specialists into very remote clinics on a regularly scheduled basis. I had to mortgage my farm to make it happen because, at first, no one would support us.”

He eventually got funding from PEPFAR (President's Emergency Plan for AIDS Relief), Merck and Co. pharmaceuticals and some private donors.

In 2018, Miller decided to devote his attentions to his job running the Peace Corps in Africa and hit the pause button on Airborne Lifeline Foundation. But he didn't stay away long. With COVID raging around the world and with Africa falling short when it comes to having the needed resources to deal with the pandemic, Miller decided to revive his foundation.

“I looked at the situation and decided that we needed to start up again and get preventive care people out to rural areas,” he said. “Once we knew we could get our hands on the vaccine we made it a plan to get them to the remote villages. Otherwise, people in those villages were just not going to get vaccines. They can get them in urban areas, but not the villages. Everybody said this was a great idea and we started to put together a game plan.”

Most of the vaccines coming into Africa have been donated and originated in either the U.S. or the U.K. After they arrive in the urban centers of Africa, it is the job of Miller's foundation to ship them to rural areas.

“We're sort of the last mile,” he said. “You need to first get the big supplies into the capital cities and the large areas.” 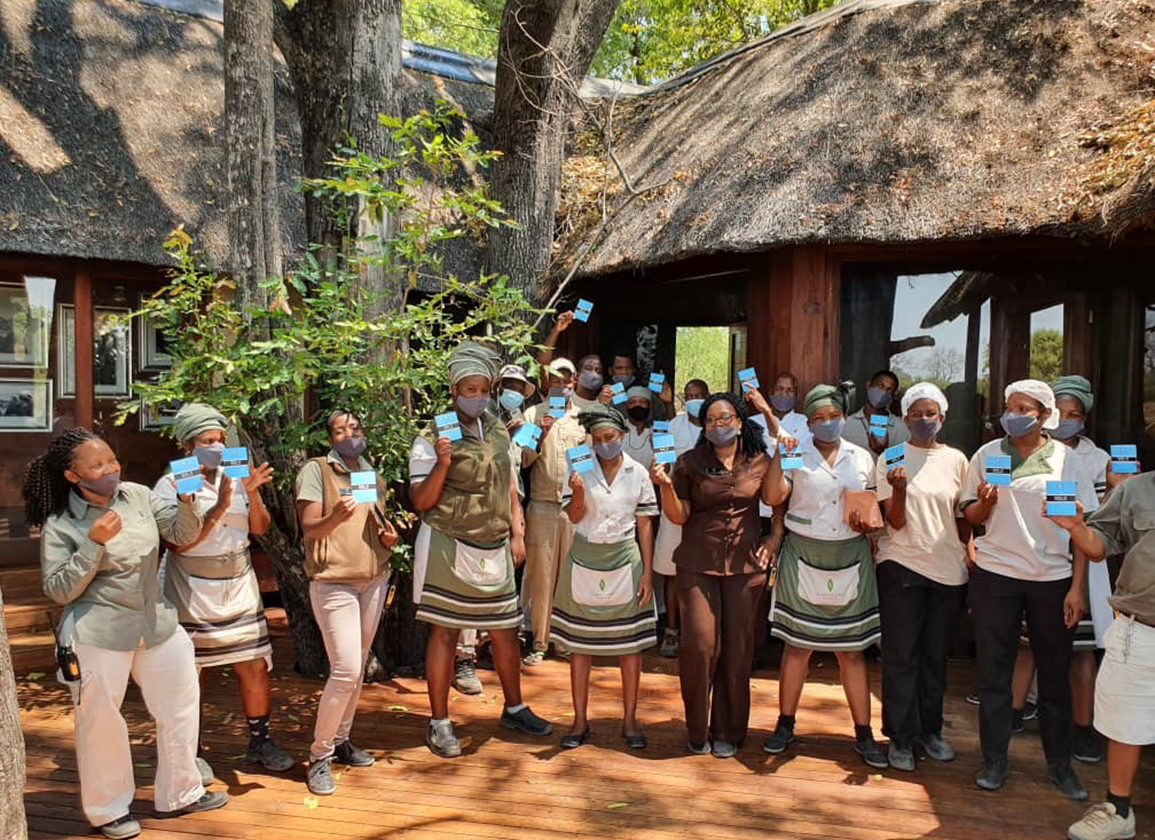 Miller said Tuesday's destinations were to include 17 villages in Botswana. On Monday, he received word from the President of Namibia that his country was looking to take part in the program. Miller was also hopeful that he could soon begin flights in Zambia and in Malawi.

In the early days of the pandemic, Africa was not hit that hard by COVID, Miller said.

“For a long time in Africa, not withstanding the fact they weren't getting vaccinated, there had not been a real spike, he said. “People have all sorts of different theories about that. Is it because they are so exposed to malaria and Ebola and other diseases? No one really knew. But all of a sudden they are beginning to have higher incident rates. It's gone through the roof in South Africa.”

Another issue, Miller said, is the economic impact COVID has had on African countries.

“We are doing this not just for health reasons but for economic reasons,” he said. “Countries like Botswana rely on tourism to generate hard currency and they can't open the safari camps because the staff hasn't been vaccinated. The economic toll in Africa has been horrific. This will probably set them back 20 years. You can't open these countries up until you get the vaccines out.”
The overall goal for the continent is to have 70% of the population vaccinated by the end of 2022. That can only happen if Miller and like-minded people see to it that the vaccine reaches remote areas. That will take a tremendous amount of time and effort, but that is what is needed to reverse what could otherwise be a crisis.

“Ultimately, what you want to do is to get to point where it is more like flu season,” Miller said. “It's going to take a long time, but we are committed to getting this done. This summer everyone was feeling a little smug in America that we had solved this, but until we get the whole world taken care of, it's going to come back to bite us again and again.”