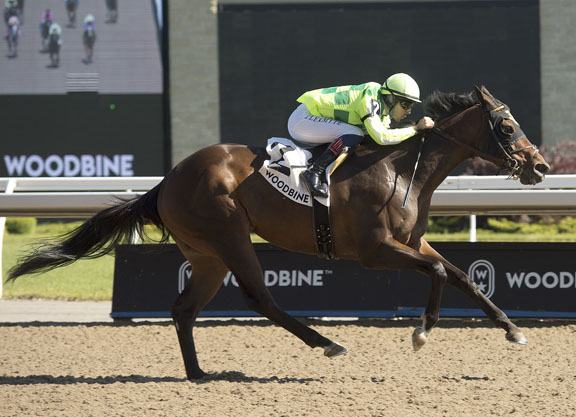 Conditioned by Wesley Ward, the Ontario-bred filly took last year’s Shady Well S. and Victorian Queen S. and subsequently won the June 13 Star Shoot S. in her 2020 bow. Never worse than second in six career starts, including four wins over Woodbine’s Tapeta, Owlette will be joined for the first time by Luis Contreras.

“She came over from Europe, ran pretty good in the Natalma, and then struggled a little bit through the winter,” said Casse of Diamond Sparkles. “I thought her last race was good and she’s training well. We’re going to give her a shot.”

A victory by Casse in Saturday’s Selene, a stepping stone to the Aug. 15 Woodbine Oaks, would be a record sixth win, tying him with Yonnie Starr. Casse and Barber teamed to take the 2018 edition with Miss Mo Mentum followed by Power Gal last year.

Also a fan of the Woodbine Tapeta, Merveilleux (Paynter) was runner-up in last falls’s Princess Elizabeth S. and Ontario Lassie S. Trained by Kevin Attard, she came home a winner in her sole 2020 start, a June 21 allowance over 8 1/2 furlongs.