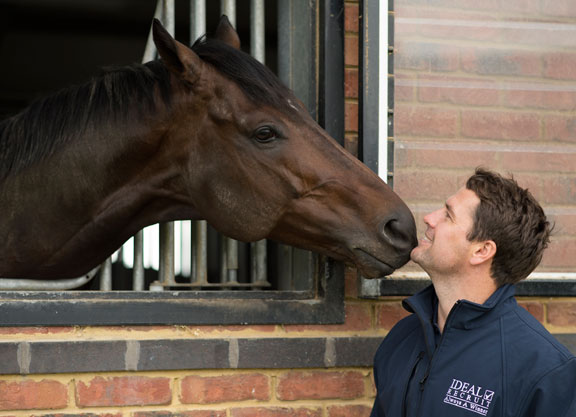 Michael Owen, a racehorse owner/breeder and former England football star, will be a guest presenter for the 2018 British Godolphin Stud and Stable Staff Awards, it was announced on Tuesday. Sponsored by Godolphin and conducted by the British Horseracing Authority (BHA) in association with the Racing Post, the awards are now in their 14th year and recognize and reward the outstanding skills, commitment and contribution of racing's 6,000 stud and stable staff. Over £120,000 in prizemoney is on offer, with up to £40,000 available to a single yard or stud. Owen, best known in racing for his success with homebred MG1SW Brown Panther (GB) (Shirocco {Ger}), will jointly host the awards with ITV Racing's Ed Chamberlin at the Jumeriah Carlton Towers Hotel on Monday, Feb. 19.

“I've had a lifelong love of horseracing and having been lucky enough to get more involved in the sport as an owner and breeder since retiring from football, I've witnessed just how hard the staff work and how much they care for their horses,” said Owen. “These awards are a great chance to recognise the thousands of hours that go in away from the cameras and to say thank you. I can't wait to meet the winners and I'm sure it will be an exciting and inspiring night.”

Added Chamberlin, “Presenting these awards for the first time last year allowed me to see the outstanding dedication, expertise and workmanship of the stud and stable staff, who are at the heart of this great sport. I'm sure this year's ceremony will be no different and I'm looking forward to joining Michael in recognising the incredible individuals who do so much behind the scenes of British racing.”