Outwork Filly Duels and Draws Off in Fasig-Tipton Debutante 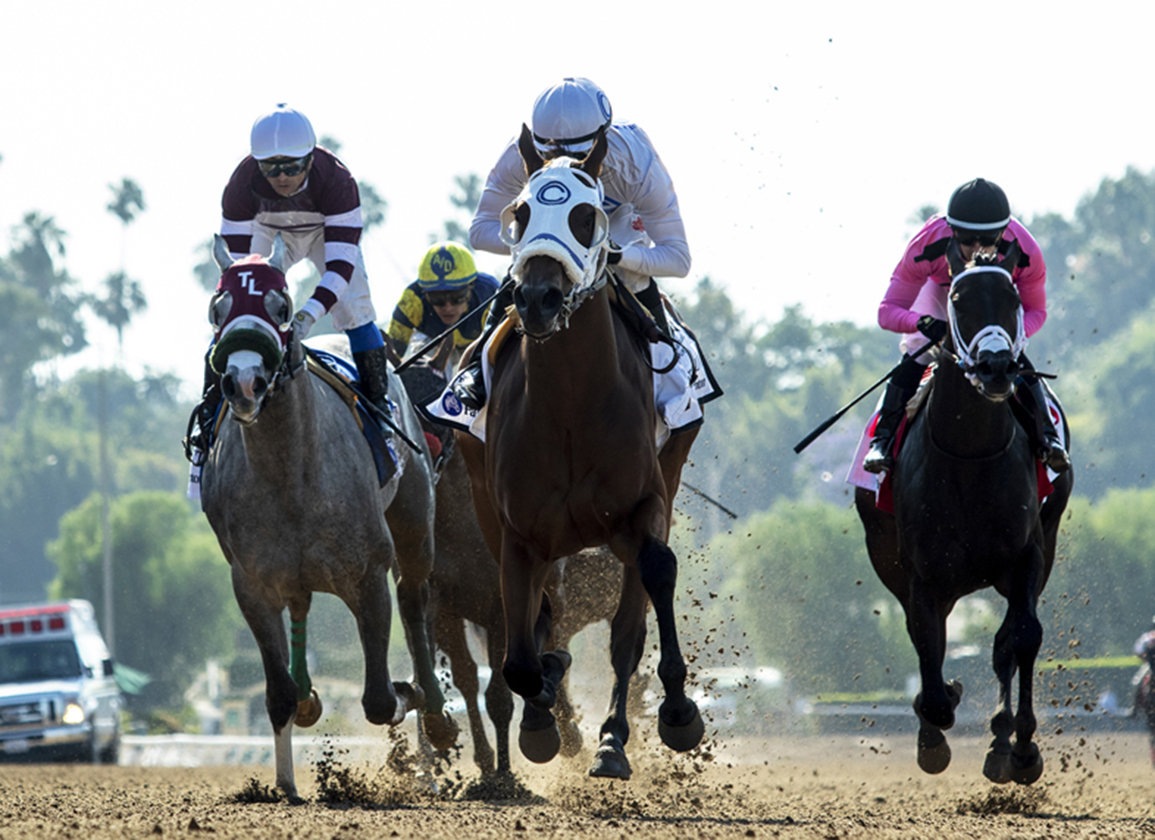 At the Spa | Benoit

At the Spa dueled early and kept finding late to take the Fasig-Tipton Debutante S. at Santa Anita Sunday and cap a big weekend for breeder and co-owner Terry Lovingier. The Cal-bred aired by seven lengths in Arcadia in open company May 7 and was further flattered when runner-up Munny Penny (Munnings)–also bred and co-owned by Lovinger–returned to romp herself. At the Spa was given a 9-5 second choice chance behind only Florida invader Laurel Canyon and she dueled with that foe from the outset through splits of :22.17 and :46.40 before pulling clear in the final furlong to give her sire Outwork his second stakes winner of the day.

“She pretty much showed how good she was first time out, she fell on her head leaving there and picked herself up to still win easily that day,” said winning jockey Tyler Baze. “Today she had to fight it out a little bit and she prevailed. She's matured so much from the first race, she's just getting better. It's going to be a bright future for her.”

“It was so exciting watching them come down,” Lovingier said. “Watching two babies that I bred draw off together was very cool. I wasn't sure if the gray filly was going get to her or not. We'll be looking forward to the California-bred races at Del Mar. We've also got a lot more babies coming up, so we will try to get them spotted and maybe some of them will find the open stakes levels too.”

This story was posted in Top News and tagged At the Spa, Fasig-Tipton, Jorge Periban, Outwork, Santa Anita.