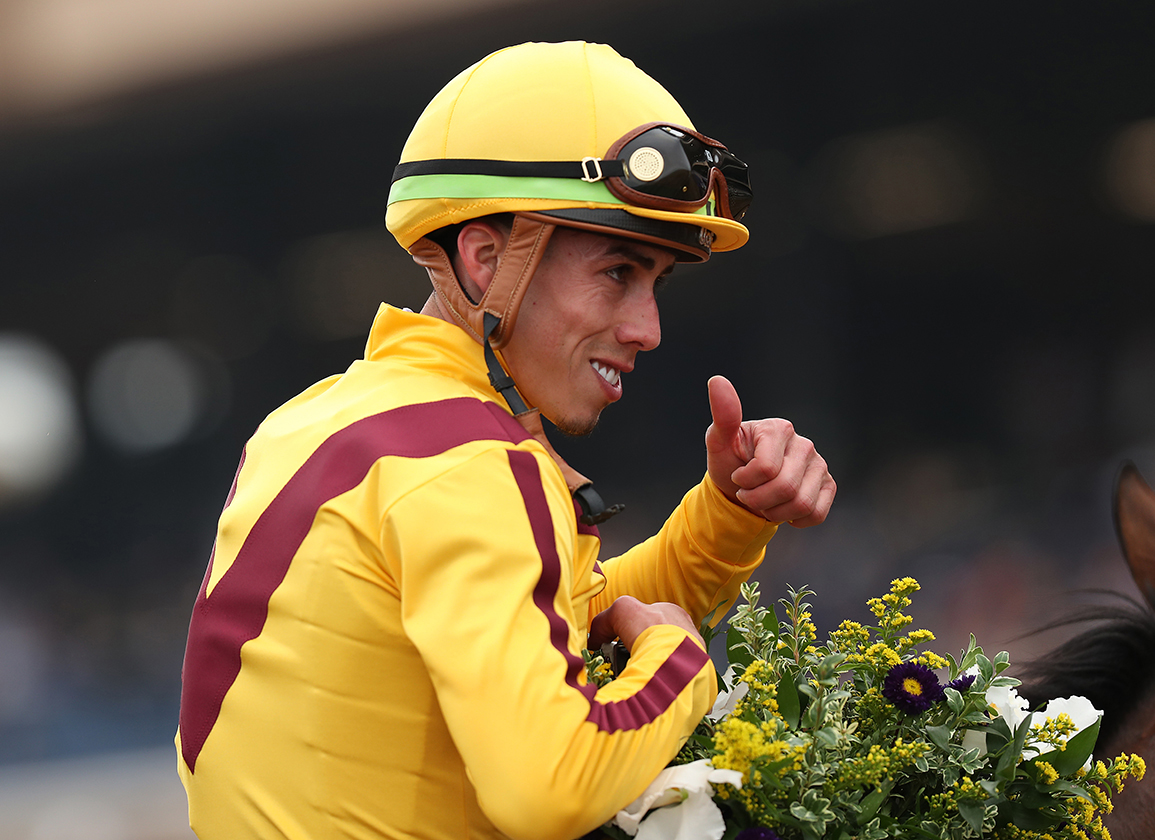 Irad Ortiz Jr. won his fourth consecutive Bill Shoemaker Award, given to the most outstanding jockey at the Breeders' Cup World Championships at Del Mar.

The Shoemaker Award goes to the jockey who won the most races in the 14 World Championship races this weekend with the tiebreaker being a 10-3-1 point system for second- through fourth-place finishes.

Ortiz and William Buick both won three races, but Ortiz also had a runner-up finish and three fourth-place finishes while Buick finished fifth with his only other mount.

The Shoemaker Award is named in honor of one of the greatest jockeys in the history of Thoroughbred racing. Bill Shoemaker, who captured the Kentucky Derby four times, won 8,833 races in a career that spanned more than 40 years. In 1987, at age 56, Shoemaker won the Breeders' Cup Classic aboard Ferdinand at Hollywood Park.