Order of Australia Dominates The Minstrel 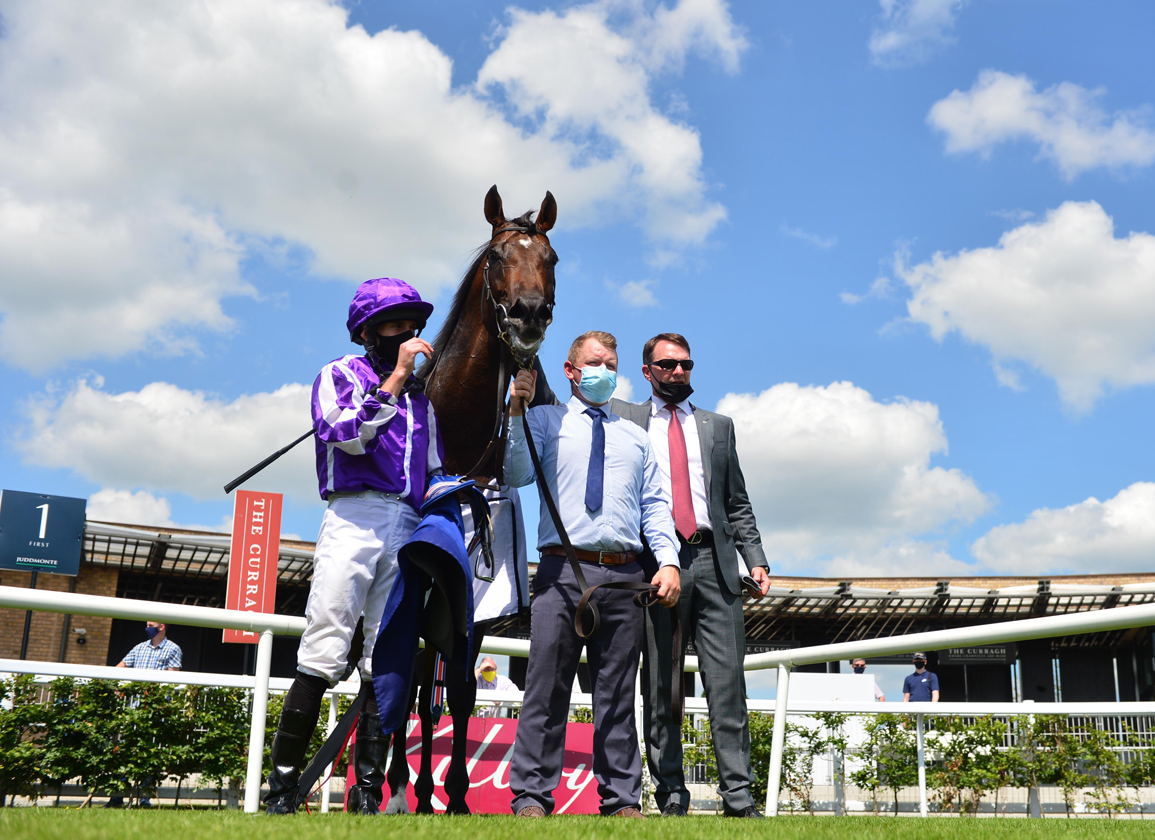 Enjoying a step back to seven furlongs for the first time, Ballydoyle's GI Breeders' Cup Mile hero Order of Australia (Ire) (Australia {GB}) made all to get back on track in Sunday's G2 Romanised Minstrel S. at The Curragh. Eighth on his return in Royal Ascot's G1 Queen Anne S. June 15, the 2-1 favourite was always comfortable using his stride in front and Ryan Moore's body language told all as he easily held off Njord (Ire) (Roderic O'Connor {Ire}) to score by 1 1/4 lengths. “His first run this year at Ascot was just a bit of a mess, as they jumped out and they hacked. It was the first time we decided to sit him in, being his first run of the year,” Aidan O'Brien commented. “He has plenty of speed and he's able to quicken. He is very straightforward. He's made like a sprinter/miler and at halfway he really started to turn it on. He's a horse that takes his racing well, so we were thinking of coming here and then going for the [July 28 G1] Sussex Stakes [at Goodwood]. He's a horse to look forward to and can go to America later in the year and maybe races after that as well.”

Campaigned over middle distances until his visit to Keeneland, Order of Australia took a highly unusual path to the Breeders' Cup Mile having won conditions events over 10 1/2 furlongs and 12 furlongs on Dundalk's Polytrack and this venue respectively in September. Able to stretch out sufficiently to finish fourth in the G1 Irish Derby in June, the bay who was sixth in the G1 Hong Kong Mile at Sha Tin in December has been something of an enigma as far as trip is concerned but has now found his metier and will shape a different proposition taking on Palace Pier (GB) (Kingman {GB}) and Poetic Flare (Ire) (Dawn Approach {Ire}) in the Sussex.

Order of Australia's dam Senta's Dream (GB) (Danehill) is nothing short of a sensation, with two Breeders' Cup winners under her auspices including the Filly & Mare Turf heroine Iridessa (Ire) (Ruler of the World {Ire}) who also captured the G1 Fillies' Mile, G1 Pretty Polly S. and G1 Matron S. She may well have a third waiting in the wings, with last week's GI Belmont Oaks Invitational winner Santa Barbara (Ire) (Camelot {GB}) looking for all the world a viable candidate for the meeting this year. Senta's Dream is one of only two foals out of another Filly & Mare Turf heroine in Starine (Fr) (Mendocino), who also annexed the GI Matriarch S. and GII Diana H.