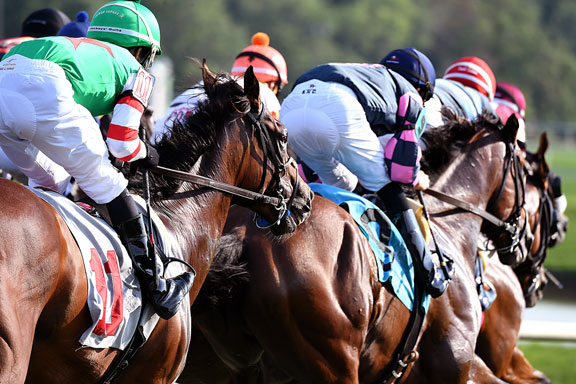 The federal indictments handed down on Monday, March 9 have rippled through the American racing industry, with every indication more are on the way. The results confirmed details which American horseplayers have accounted-for in their analysis over a long period. The veritable dean of those, Andy Beyer, used his platform in the Washington Post as the nation's horseplayer/columnist of record for decades to share his insights informed by observations and data.

In 2009, Beyer named the performances of horses from several trainers, including Jason Servis, as ones where “horseplayers disregard the normal logic of handicapping.”

“Such distrust has corroded the very foundation of the sport,” said Beyer. “Honest owners are reluctant to invest in the game when they believe they can't compete with the cheaters. Many bettors have lost enthusiasm because the art of handicapping has become an exercise in guessing who has the best 'juice.' The public at large is alienated when it suspects that drugs are tainting the sport's greatest events.”

Beyer offered his take on the indictments in a Tuesday morning interview on “At The Races with Steve Byk.” (March 10, 2020 – Hour 1).

The data is there for the racing world to be far more familiar with metrics that defy natural performance. It's not just win percentage, but advanced filtering to identify how well horses perform for trainers in particular situations. With so many variables to consider, advanced analytics can be used to benefit future investigations–intelligence resides in the form lines.

Access to free, or far more affordable and widely available data, is a meaningful step, but hardly the only one, towards improve racing integrity. The more people who have the data, the better. Just one month ago, we offered the insight shared by the head of the global track and field integrity at the 38th Asian Racing Conference in South Africa.

The following excerpt, from Volume 22 of our #FreeDataFriday series, is striking in light of the indictments and the subsequent dialogue.

Brett Clothier, Head of the Athletics Integrity Unit (AIU), an international, independent body managing all items related to integrity (doping and non-doping) for the world's track and field operations provided detail as to how they keep the sport, which had a number of prominent scandals in the not-too-distant past, clean. Clothier suggested the organization has focused most of its efforts on intelligence, as opposed to testing.

“It's very clear that testing does not work,” Clothier. “It's very hard to catch determined, well-resourced cheats with testing processes that are essentially random.”

Almost in passing at the conclusion of his remarks, Clothier highlighted the AIU is also using tech-driven intelligence to identify dramatic changes in an athlete's performance, outliers that vary from more established patterns of past performance. Details were light, but the concept's relation to horse racing, and the need to have access to data, is clear.