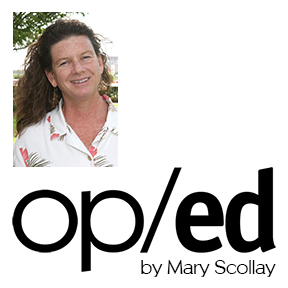 As someone with longstanding personal and professional commitments to equine health and safety, I found the recent “Where's the Positive” commentary by Eric Hamelback, the chief executive officer of the National HBPA, in the August 20, 2015, edition of the Thoroughbred Daily News to be disappointingly misleading.

He enlisted an often-used, well-worn argument that any negative perception toward pari-mutuel horse racing would lessen, if not vanish completely, simply by placing a positive spin on certain statistics.

He cited the current “evening news model” of reporting to “bring out our negatives,” but I take issue with his interpretation of the facts he put forth and would like to share another perspective and some context.

In 2009, the RMTC embarked on an ambitious initiative to raise the standards for equine drug testing through an accreditation process. The wide variation in the performance of our drug-testing labs had been a commonly expressed concern, as observed by Alan Foreman of the Thoroughbred Horsemen's Associations at The Jockey Club's 2008 Round Table Conference: “There is a wide variation among our [18] laboratories in the number, quality and types of tests performed on test samples. Even our best don't have the resources to do the testing that should be done.”
Foreman's remarks in 2008, and again at the Round Table Conference in 2010, acknowledged the need to reverse the growing public perception that our sport was not clean and, further, to replace that perception with the reality of comprehensive and consistent testing in all racing jurisdictions.

A comprehensive report from McKinsey & Company at the 2014 Round Table Conference summarized the status of equine drug testing in the United States.

Most troubling to me was the wide variation in per-sample testing costs disclosed by the responding jurisdictions.

Moreover, recent reports from the Indiana Horse Racing Commission have clearly demonstrated that a laboratory's performance may differ substantially from its actual capabilities.

Until this occurs, conclusions from data drawn from the results of widely differing testing standards as an indicator of success are grossly misleading.

I would rather see industry stakeholders supporting the RMTC's efforts to require performance standards for all laboratories than mischaracterizing a low number of positives as success.

Mr. Hamelback also stated that the majority of the above mentioned 0.5% was due to very modest overages of legal therapeutic medication.

Excessive levels of therapeutic medications are, in fact, rule violations. If these substances were inherently and exclusively benign, they wouldn't require regulation.

Data presented at the 2012 spring meeting of the Association of Racing Commissioners International (RCI) indicated that nearly two-thirds of the positives were from non-steroidal and steroidal anti-inflammatory medications, including phenylbutazone, flunixin, dexamethasone, methylprednisolone and naproxen.

As a veterinarian, I assure you that these medications have the ability to significantly modify the clinical presentation of a horse by obscuring signs of musculoskeletal disease. Used judicially, they are therapeutic. Used injudiciously, they represent risk of injury, or worse, to horses and jockeys.

At the Grayson-Jockey Club Research Foundation's Welfare and Safety of the Racehorse Summit this July, I presented results of comprehensive analyses of each sample submitted for testing in Kentucky prior to its 2014 adoption of the National Uniform Medication Program (NUMP).

These analyses revealed an extraordinary number of therapeutic medications present in the majority of horses albeit below regulatory thresholds that would result in a “positive test.”

Patterns of medication usage were found to be trainer-specific, indicating that therapeutic medications were components of each individual trainer's medication “program” rather than individualized medical treatments established through appropriate examinations and diagnostics.

Both trends seem to ignore the ethical burden incumbent on each of us, practitioner and stakeholder alike: to ensure the illusion of soundness does not interfere with the accurate diagnosis and ethical care of our equine athletes (and, by extension, our human athletes).

In another section of his commentary, Mr. Hamelback questions whether “100% of any objective is achievable.”

Is it possible for every racing jurisdiction to operate from a single rule book that regulates the same substances to the same thresholds with the same penalties for violations – all supported by a network of laboratories operating to the same standards?

Yes. There is no other option.

Anything less represents a death knell for this sport.

In my 31 years as an equine veterinarian in both private and public capacities, I have yet to see differences in horses or trainers that warrant treatment protocols or penalty schedules based upon zip codes.

There is no legitimate excuse for us not to do likewise.

Finally, Mr. Hamelback contends that it is very important to understand, and often not conveyed, that many other countries calculate their fatality rate ONLY from horses euthanized while on the racetrack.

As one of the principal architects of the Equine Injury Database, I find this assertion of particular interest.

Each year, statistics from the Equine Injury Database (EID), calculated by Dr. Tim Parkin from the University of Glasgow in Scotland, are summarized and published by The Jockey Club.

The 72-hour cutoff used by the EID for identifying “race-related” fatalities was established based upon trends observed in the data and discussions with practitioners. We recognize that different standards exist elsewhere.

If 2014 fatality occurrence is calculated using only racing-related conditions, resulting in a fatality within 24 hours of the event (as is done in Great Britain and Australia), the incidence of racing fatalities in the U.S. falls to 1.74 per 1,000 starts or 1.9 to 4.0 times that of our international racing colleagues.

Translation: even when compared with international statistics, the incidence of racing-related fatalities in the United States is still much too high.

Data is data. I think our fans and stakeholders deserve to see the unvarnished facts. If the facts make us cringe, then it is our job and our responsibility to make meaningful change, not hang curtains to obscure the view.

While I do agree that we should take every effort to report positive news when it exists, I think it is absurd to think our customers and our stakeholders are so naïve as to believe that mere positive spin is the answer to our problems.

We all have an obligation to enhance their health and we should honor that obligation.