Home » Archive » Shared News » Op/Ed: Horse Racing Wins! And Here's How We All Did It

Op/Ed: Horse Racing Wins! And Here's How We All Did It 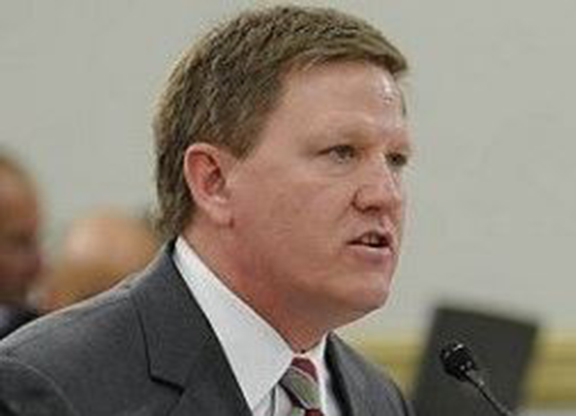 To the uninitiated, the new Treasury regulations redefining “the amount of a wager” published last week in the Federal Register might seem an unlikely cause for celebration. But these regulations, now final and effective as of Friday, Sept. 28, cap a 10-year odyssey that began with the bipartisan support of key Members of Congress. Along the way, the effort morphed from a legislative matter to a regulatory issue that saw breeders, owners, horsemen, racetrack and advance deposit wagering (ADW) operators, and thousands of customers join our allies on Capitol Hill in support of efforts to update antiquated tax treatment of pari-mutuel winnings.

Early indications are that the results are monumental, so amazing in fact, that it begs the question, “How did we as an industry accomplish such a positive result and why did it take us so long?” The short answer is that our tax modernization effort is the result of efforts spearheaded by the NTRA, which crucially pivoted some three years ago, ultimately leading to the final regulations published last week. How the industry arrived at this juncture is a story of perseverance, widespread industry cooperation and coordination, highly targeted Congressional support, and timing.

After preliminary conversations with Members of Congress back in 2007, NTRA secured introduction of the Pari-mutuel Conformity and Equality Act (PACE Act) in the House of Representatives the following year. A then-second-term Congressman, Rep. Charles Boustany, Jr. (R-LA), whose district included one of Louisiana's many ADW sites, sponsored the bill to eliminate the automatic federal tax withholding on

pari-mutuel proceeds of $5,000 or more at odds of 300-1 or greater—a combination likely to occur when bettors hit a

multi-horse or multi-race wager that often requires a major investment to win. The bill saw little action but was reintroduced in 2009 under the co-sponsorship of Rep. Boustany and the then-sophomore Congressman Rep. John Yarmuth

(D-KY), whose district includes Churchill Downs racetrack. The following year, the bill was referred to the House Ways and Means Committee, whose members included both Boustany and Yarmuth. Again, the bill received little action and was not reintroduced in the 2011-12 Congress. It was, however, slated for inclusion in any Internet gaming legislation that might move during that session, though none did, despite numerous efforts by the broader gaming industry.

With efforts to eliminate the tax on gambling winnings at a standstill and few prospects for passage of any tax reform legislation, horseplayers and the NTRA's key lobbyist at The Alpine Group suggested an alternative tack: a regulatory approach that would circumvent Congress by redefining the “amount of a wager” in Treasury and IRS regulations. These individuals, along with leading handicappers in the racing media like Steven Crist and Andrew Beyer, demonstrated how the current process of withholding and reporting worked in their own experience. Redefining the amount of a wager, they said, would produce the same effect as the legislation previously sought, streamline reporting and withholding, and simplify tax compliance.

In 2014, and with the assistance of the NTRA legislative team, 17 Members of Congress, led by Reps. Boustany and Yarmuth, sent a letter to the Treasury and IRS outlining the need for a regulatory change. Another pivotal moment occurred Jan. 27, 2015, when Rep. Yarmuth arranged a meeting with senior Treasury officials, leading horseplayers Chris Larmey and Judy Wagner, and Kevin Flanery from Churchill Downs.

Several months passed with no action, but in March 2015, the Treasury and IRS issued newly proposed regulations related to keno, bingo and slots winnings. Buried within the nearly 9,000 words and 719 lines of draft regulations–regs which were overwhelmingly panned by the casino industry and never saw the light of day–were 154 words and 13 lines of type under the title, “Gambling Winnings Other Than From Bingo, Keno and Slot Machine Play.” The section included the following: “The Treasury Department and the IRS are aware that taxpayers required to report winnings from pari-mutuel gambling may have concerns, similar to those addressed in these proposed regulations, relating to when wagers with respect to horse races, dog races, and jai alai may be treated as identical. In addition, comments are requested regarding whether the aggregate reporting method should be available for gambling winnings other than winnings from bingo, keno, and slot machine play.”

To say that the industry took full advantage of this opening would be an understatement. In short order, the NTRA facilitated the filing of nearly 12,000 public comments from horseplayers and key stakeholders in favor of proposed new language to redefine the “amount of a wager” as it relates to pari-mutuel winnings. Some 83% of all comments submitted to the Treasury about regulations covering bingo, keno, and slots instead were pointed toward the need for the Treasury and IRS to modernize regulations related to reporting and withholding of pari-mutuel winnings.

Throughout the comment period, the NTRA legislative team, including our tax counsel at the Washington, D.C.-based firm of Davis and Harman, also worked with elected officials who voiced their support for the proposed change via letters, phone calls, and discussions with Treasury officials. Members of the U.S. House and Senate, including House Appropriations Committee Chairman Hal Rogers (R-KY) and Kentucky's then-Governor Steve Beshear, helped build the case for tax reform.

By mid-2015, and not long after the NTRA testified before an IRS committee on the proposed regulatory changes, Treasury Department officials chose to move forward on the issue. In the ensuing months, Members of Congress, acting with the guidance of the NTRA legislative team, maintained constant pressure on Treasury and IRS officials to act on the NTRA's request. That our allies on the Hill were well-versed on this and other horse racing issues was in part due to the considerable influence of NTRA Horse PAC, the industry's bipartisan political action committee led by chairman William S. (Bill) Farish that has supported allies of horse racing and breeding since its formation in 2002. These are just two examples from 2016:

In September, yet another pivotal moment occurred when the NTRA, with no fanfare or publicity, arranged a meeting with Treasury officials to answer specific technical questions arising from proposed changes to the way pari-mutuel winnings are reported and withheld. Keith Johnson of AmTote, which processes some 80% of U.S. pari-mutuel wagers, and Kevin Flanery from Churchill Downs accompanied the NTRA to this meeting. Both individuals provided excellent technical assistance that was greatly appreciated by the Treasury and IRS personnel in attendance. The NTRA drafted and submitted proposed language to further assist the process.

A few months later, as the Obama Administration drew to a close, timing also proved propitious as staff and leadership, charged to conclude projects by year's end, finished their work on redefining “the amount of a wager,” by issuing a 31-page draft of proposed Treasury/IRS regulations Dec. 30, 2016, capping more than 2 1/2 years of unremitting Congressional and industry advocacy. The Treasury Department opened a second 90-day comment period which ended Mar. 30, 2017.

The NTRA submitted a comment letter requesting that Treasury enact the new regulations in its then current form as quickly as possible, while also requesting a 45-day grace period for uniform implementation. On a parallel path, the NTRA began meeting with Tote companies and racing operators in January to discuss the need to be prepared for immediate implementation of the regulations by as soon as April of this year.

The NTRA established a second online portal for individuals to submit email comments directly to the Treasury Department in support of the proposed regulations. Almost 5,000 horseplayers and others responded to our call for support, further cementing the industry's unanimous front for the changes and paving the way for Treasury and the IRS to act quickly.

Treasury released an advisory Monday, Sept. 25, indicating its intent to publish the new withholding and reporting rules in final form Wednesday, Sept. 27, and the rest, as they say, is history.

Unfortunately, the paths of Reps. Boustany and Yarmuth diverged in 2016, with Rep. Boustany losing a bid for a U.S. Senate seat in the November elections, while Rep. Yarmuth was reelected and subsequently elevated to the position of Ranking Member of the House Budget Committee. Together, they began a process that built over time to involve thousands of individuals in the racing community and in government, including ranking members of Congressional committees that included Administration, Appropriations, Budget, Energy and Commerce, Financial Services and Ways and Means. We thank our PAC supporters, the NTRA's legislative team, horseplayers, industry stakeholders, members of the racing media, Members of Congress and their staffers, numerous other elected officials and a host of regulators within the Treasury and the IRS who helped bring this effort to a successful conclusion. The entire process, sustained for over 10 years and three Presidential administrations, required considerable resources by the NTRA and will prove to be worth every penny.

So that's how we did it; how we all did it! There are simply too many contributors to single out everyone. And the benefits will flow to every segment of the business. That's why we said when we first announced our success, “Horse Racing Wins.”

Before last week, horseplayers wagering on pari-mutuel races were subject to reporting on proceeds of $600 or more and automatic federal tax withholding on pari-mutuel proceeds of more than $5,000 if the winning amount was also at least 300 times larger than the “amount of the wager.” Previously, the “amount of a wager” was defined as the winning base unit, which virtually guaranteed that a high percentage of multi-horse and multi-leg wagers triggered reporting and/or withholding for horseplayers.

For example, the IRS considered the amount wagered to be $1 in the case of a $1 Pick Six consisting of 140 different combinations costing the bettor $140. Because the 300/1 ratio is reached at just $300 when the amount of the wager in only $1, any payoff on this $140 Pick Six wager in excess of $600 triggered reporting and any payoff above $5,000 triggered automatic withholding. This was a major problem because withholding and even reporting to some extent reduced players' liquidity during handicapping and adversely impacted pari-mutuel handle and purses.

The new regulations published last week clarify “the amount of the wager” to include the entire amount wagered into a specific pari-mutuel pool by an individual, not just the winning base unit. Back to the example above, a $1 pick 6 ticket costing $140 will not be subject to withholding or reporting unless that winning payoff exceeds $42,000 (300 x $140 = $42,000).

Thus, the new Treasury regulations more accurately reflect today's pari-mutuel wagering environment and will positively impact a significant percentage of winning wagers, particularly those involving multi-horse or multi-race exotic wagers. Although some independent estimates have placed the impact of this regulatory change at upwards of $1 billion annually, the NTRA has been careful not to project the impact. In the end, it really doesn't matter whether the monetary impact is $100 million, $500 million, $1 billion or more. The true impacts will be on a more personal level, playing out hundreds, if not thousands of times a day when individual bettors will no longer be penalized by outdated and misguided regulations written during a bygone era when there was virtually no exotic wagering other than a single Daily Double on the card.

The end result is a much-improved customer experience. The next time a horseplayer hits a nice score that one would expect to be a “signer,” there's a very good chance he or she won't have to visit the IRS window or have any winnings withheld. This added liquidity will lead to more churn, which benefits racing operators, horsemen, jockeys, breeders, and government.