Op/Ed: The Triple Crown Woes…Maybe It's the Purses? 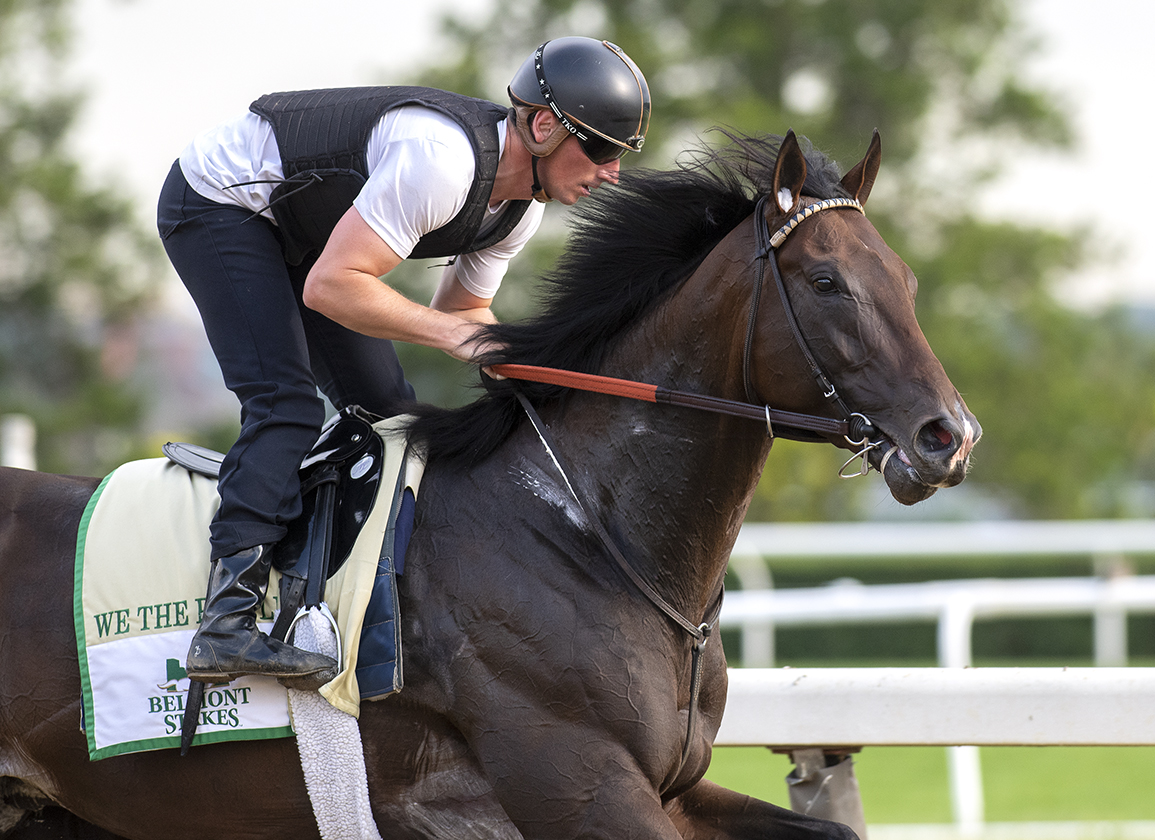 Though not a proponent of “fixing” the Triple Crown by spacing the races further apart, I can't deny that the series has a problem. GI Kentucky Derby winner Rich Strike (Keen Ice) passed the GI Preakness S. Preakness winner Early Voting (Gun Runner) won't be running in the GI Belmont S. this Saturday and not a single horse will contest all three Triple Crown races this year. The Triple Crown ends with a race that is good but could be a lot better. Lining up the best horses possible for as many Triple Crown races as possible has become immensely difficult.

But maybe the biggest problem isn't the spacing of the races but that the purses for the races, especially the Preakness and the Belmont, are not what they should be and haven't kept up with the times. If you want your races to always get the best horses and to be considered to be among the most important, most prestigious races on the calendar you're going to have to pay for the privilege. The Triple Crown tracks haven't bought into that premise.

The purse of the Kentucky Derby is $3 million. The Preakness and Belmont are worth $1.5 million each. While that may seem like a lot of money, in a sport where purses have exploded over the last 15 years or so, it's not. There are nine U.S. races that have a larger purse than the Preakness and Belmont, eight of them Breeders' Cup races and the other the $3-million GI Pegasus World Cup. That's not to mention the riches thrown around in Saudi Arabia and Dubai. Or that the Preakness and Belmont are worth only $500,000 more than four Kentucky Derby preps, the GI Blue Grass S., the GII Louisiana Derby, the GI Florida Derby, and the GII Rebel S., and just $250,000 more than the GI Arkansas Derby.

The Triple Crown races, as important as they are, should be the richest races run in the U.S. or at least the equal of any other race. To make that happen, they should all be worth $6 million, the equal of the GI Breeders' Cup Classic. It can be done. Let me explain.

With $6 million total now paid out in the three races, the Triple Crown tracks would have to come up with an additional $12 million to be able to pay out $6 million in each race. That probably wouldn't be much of a problem for Churchill Downs or NYRA, but, at Pimlico, it would be a lot to ask for them to come up with that kind of money. Simply asking the tracks to increase the purses on their own isn't going to happen.

So, why not copy what the Breeders' Cup has done?

One of the reasons why they can give away so much money at the Breeders' Cup is that, in order for a horse to be eligible to run, their sire must be nominated and they must also be nominated as foals. If not, the owners must pay a hefty fee to supplement them into a Breeders' Cup race. It costs $400 to nominate a foal. To make the progeny of a North American-based stallion eligible, a payment equal to 50% of the horse's published stud fee is required.

In the fiscal year that ended on Jan. 31, 2021, the Breeders' Cup took in $8.4 million from domestic stallion nomination fees and $2.7 million in fees for foreign stallions. Foal nomination fees added up to $4.1 million with 9,822 nominated foals. That adds up to $15.2 million.

The Triple Crown is not going to equal those numbers. There would be little incentive to nominate fillies or foreign stallions. But could asking owners and breeders to pay fees similar to what they pay to make their horses and stallions eligible to run in the Breeders' Cup yield $10 million or so? Probably. Finding another $2 million out of the track's pockets to bolster the purses and get to the $12 million figure wouldn't be asking that much.

There's also the matter of what it currently costs to make a horse eligible for the Triple Crown, a payment now due in late January of a horse's 3-year-old year. Not only would that payment still be required under this proposal, but it should be increased. It currently costs just $600 to nominate a horse to the Triple Crown. There were 312 noms this year, which adds up to only $187,200. You could raise another $500,000 or so by upping the fee to $2,500, which doesn't seem unreasonable.

The days of owners being sportsmen is long gone. The owners who dominate the top levels of the sport are businessmen and businesswomen and no matter what they may say, their decisions ultimately come down to money. The end goal is to maximize their profit on their horses and the way to do that is to create a stallion who can command a large stud fee. It is not to win as many races as possible. To get there, you need only have to have a horse with a strong pedigree who has won, perhaps, a single Grade I race. Trainers believe that the best way to have a horse primed to win a major race is to have plenty of time between starts.

A Kentucky Derby win is important, but not the be all and end all. Wins in the Preakness and Belmont are less important.

But there has to be a tipping point somewhere, where the purses are so large that the right business decision becomes running in, and not passing on, the Triple Crown races. Put up $18 million for the series and $6 million per race and people will run, even if the three races take place over a five-week span. That's how you can fix the Triple Crown.