Op/Ed: The Trajectory Of Female Jockeys 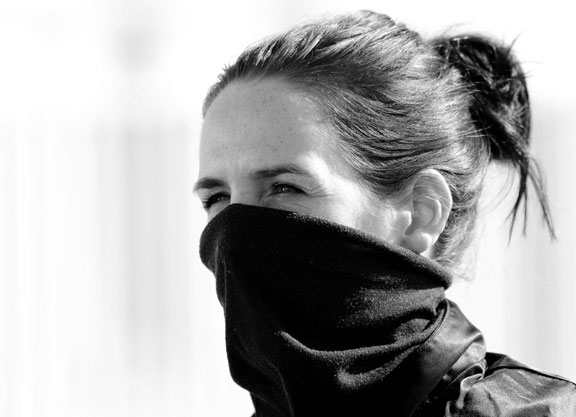 As we settle into 2021, formerly male-dominated jockeys' tables from around the world tell us how well the process of gender equality is advancing. Jamie Kah currently holds a clear lead in the premiership in Melbourne; Rachael Blackmore is vying for first place in the Irish jumps table with Paul Townend, the pair well clear of third-placed Sean Flanagan; reigning Sunday Times Sportswoman of the Year Hollie Doyle, who finished second in the British jockeys' table in 2020, looks to have a realistic chance this year of becoming Britain's first female champion jockey.

Even a handful of years ago, none of these situations would have been imaginable. I was, though, only truly reminded of just how far we have come in a short period when reading the first paragraph of the explanatory blurb inside the front cover of the dust-jacket of Caroline Ramsden's book Ladies in Racing, published by Stanley Paul & Co Ltd in 1973: “In 1972, racing saw a woman as Champion Jockey for the first time in history–albeit a champion after a season of races limited to her own sex–but nevertheless yet another milestone signifying women's increasing role in the so-called 'sport of kings.'”

That season, 1972, was the first in which women were permitted by the Jockey Club to ride in races in Great Britain.  The extent to which they were allowed to compete, however, was extremely limited: there were only 12 so-called 'ladies' races,' restricted to female amateurs. The idea of women riding against men or riding as professionals was not at this stage even on the horizon.  The floodgates, though, had been opened, and the popularity of these contests should have made the direction of travel clear: the races attracted a total of 223 runners (ie an average of 18.6 per race) and 90 different riders took part.  The first champion jockey referred to on the dust-jacket was Meriel Tufnell, who won three of the races, including the first two at Kempton and Folkestone, both on Scorched Earth (GB) (Indian Ruler {GB}), owned by her mother and trained at Sparsholt in Oxfordshire by Peter Bailey.

It should be noted that, although these 90 ladies were the first to ride under Jockey Club rules, it had been common for many years for point-to-points to include a ladies' race; while the Pony Turf Club, which had held meetings at Hawthorn Hill in Berkshire for horses no higher than 15hh intermittently between 1928 and 1964, had included a race for lady riders on its cards during the final years of its existence.

Furthermore, the Newmarket Town Plate (which is run at Newmarket under its own, rather than Jockey Club, rules as its inauguration in the 1660s pre-dates the founding of the Jockey Club by over half a century) has always been restricted to amateurs but with no specification of the amateurs' gender, presumably because at the outset it never crossed anyone's mind that ladies might want to ride in it. Consequently, in 1923 Miss Betty Tanner, on studying the parchment on which the rules are written, noticed the omission, entered her horse and rode him. From then on, female competitors (and winners) became commonplace.

Going farther back, it is likely that the first lady to ride competitively on a British racecourse was Alicia Thornton. She started off by riding her husband's horse Vinagrillio on a friendly match against her brother-in-law Captain Flint in Thornville Park, near Knaresborough in Yorkshire. She won easily. This informal contest emboldened the competitors to race each other in a formal match on the Knavesmire (ie. York racecourse) over four miles on Aug. 25 1804, each to pay a stake of £500. Sadly, Mrs Thornton had to pull her horse up a mile from home (when leading) as he went lame.

Greater glory was to follow the next year. Mrs Thornton rode her husband's mare Louisa in a match on the Knavesmire over two miles against Mr Bloomfield's Allegro, with the prize being a gold cup worth 700 guineas. The most remarkable aspect of this was that Allegro was ridden by the leading professional (and male, obviously) jockey Frank Buckle, rider of five Derby winners. A huge crowd, estimated to be in the region of 100,000, turned out to watch this event, which Mrs Thornton, riding side-saddle, won by half a neck. A newspaper report of the contest endures: “Mrs Thornton's riding is of the first description. Her close seat, perfect management of her horse, bold jockeyship on one of the most crowded courses ever seen, elicited the highest admiration. On winning she was greeted with deafening cheers.”

It is telling that, in her book, Caroline Ramsden ends her review of the first season of female participation in races with the following observation: “So it looks as if ladies' races have come to stay. In a few years' time, when the novelty has worn off and some gimmick is required to resuscitate interest in this type of contest, it might be an idea to stage a Mrs Thornton Handicap, to be run at York, with an equal number of male and female jockeys. The ladies–of course–to ride side-saddle.”

(It is probably fortunate, given current sensitivities, that those sentences were written by a woman!)

The novelty of those early ladies' races has indeed worn off.  Happily, the result has not been a loss of interest in female competition, as Caroline Ramsden seemingly feared, but the reverse: it has become so normal for women to race-ride that their participation and success is an integral and major part of the mainstream sport. The highlights have not been gimmicks, but milestones on an ever-increasing list of female achievement in a torrent of progress which has not finished yet.

Notable achievements along the way in Great Britain have included Gay Kelleway winning the Queen Alexandra S. at Royal Ascot in 1987 on Sprowston Boy (GB) (Dominion {GB}); Alex Greaves dead-heating (with subsequent champion jockey Kevin Darley on Coastal Bluff) for the G1 Nunthorpe S. at York in 1997 on Ya Malak (GB) (Fairy King); Hayley Turner tying for the apprentices' championship (with Saleem Golam) in 2005 and then winning the G1 July Cup in 2011 on Dream Ahead (Diktat {GB}); Amy Ryan and Josephine Gordon winning the apprentices' championship in 2012 and '16 respectively. Both Hayley Turner and Hollie Doyle scored at Royal Ascot last summer, and Doyle's double on QIPCO British Champions' Day at Ascot in the autumn (in the G1 QIPCO British Champions' Sprint S. and the G2 QIPCO British Champions' Long Distance Cup) were further boosts which helped her to end the year in second place in the jockeys' table.

One of the most special and unforgettable days enjoyed by a female jockey in Great Britain was July 8, 1992, when the great American rider Julie Krone (who subsequently became the first female jockey to win a U.S. Triple Crown race and the first to win at the Breeders' Cup) made a flying visit to England to ride a treble at Redcar. Other overseas riders who have made history in their own countries to have ridden in England include Clare Lindop, the first female jockey to be champion in a mainland state of Australia, and Michelle Payne, whose victory at Flemington in 2015 on Prince Of Penzance (NZ) (Pentire {GB}) made her the first to win Australia's greatest race, the G1 Melbourne Cup.

Over jumps, in the late 1970s Lorna Vincent became the first female professional jumps jockey to achieve notable success, while the amateurs Charlotte Brew (on Barony Fort in 1977) and Geraldine Rees (on Cheers in 1982) became the first female riders respectively to compete in and then get round in the Grand National. Irish-based amateur Caroline Beasley became the first woman to ride a winner at the Cheltenham Festival (when taking the Foxhunters' Steeplechase on Eliogarty in 1983) while Gee Armytage (who was still an amateur at the time but subsequently became a successful professional) became the first to ride a double there (in 1987). She and the reigning champion jockey Peter Scudamore were the only two riders to win twice at the Festival that year, but the latter was hailed as the meeting's leading jockey as he rode more minor place-getters.

This year's Cheltenham Festival featured Grade 1 triumph for both Rachael Blackmore and Bryony Frost. The former's tally of Grade 1 victories now stands in double figures and the latter recently rode Frodon (Fr) Nickname {Fr}) to win the biggest race of the British winter, the G1 King George VI Steeplechase at Kempton on Boxing Day. One suspects that the current extent of female success might have exceeded Caroline Ramsden's wildest dreams, but we can assume that Alicia Thornton and Betty Turner are looking down and smiling.