Op/Ed: That Burton Sipp is Still Racing is Indefensible 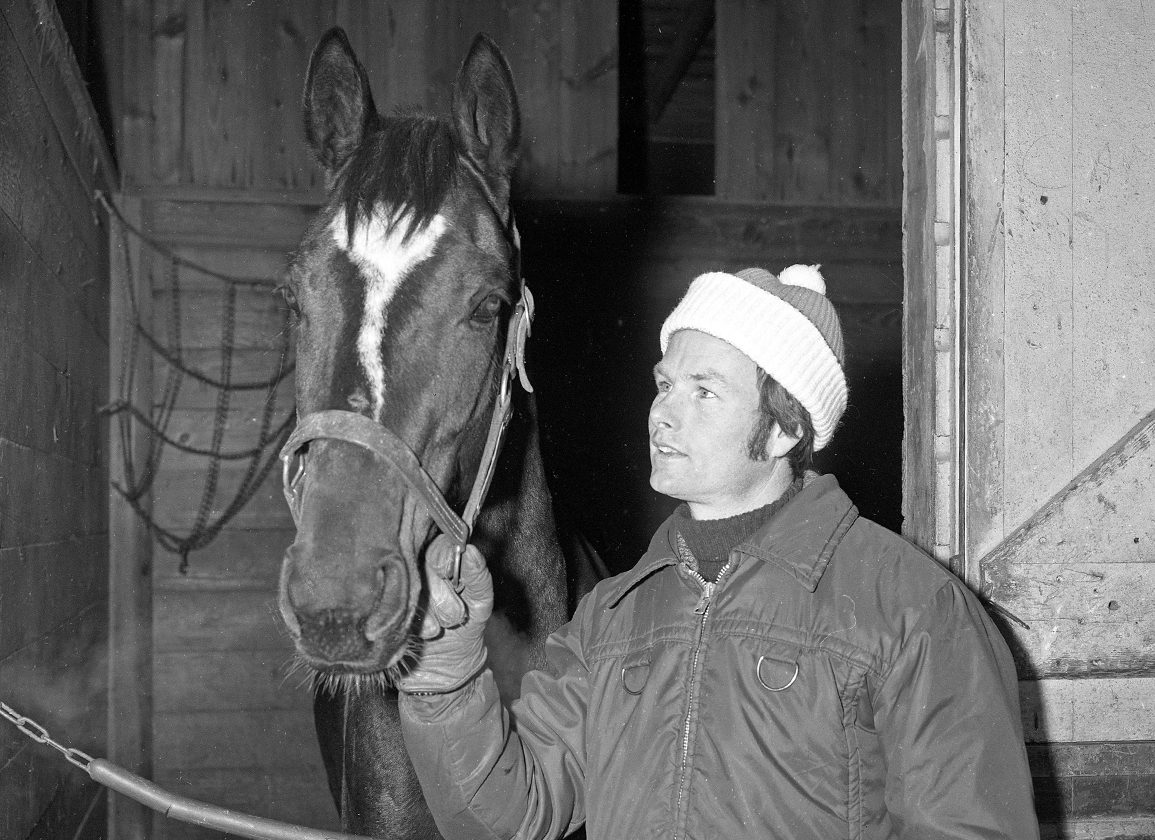 Take the time to read colleague Dan Ross's extensive and detailed story on the sordid career of trainer Burton Sipp and you might conclude that, in horse racing, enough is never enough. The story is about a lot more than the many controversies that have shadowed Sipp throughout his career, it is about how racing somehow always let Sipp back in, to give him a third chance, a fourth, fifth chance. It is about the sport's inability to police itself and its failure to permanently ban someone who has no business training horses.

Yet, on Monday night, Sipp, who has sent out 117 starters so far this year, will have two runners in at Mountaineer Park. This is the person that, in a 1993 story I penned for the New York Daily News, was called the “most deplorable person I have encountered on the backstretch of a racetrack,” by former Pennsylvania Racing Commission commissioner Hart Stotter. That he is still actively training is a beyond embarrassing. Worse yet, it plays right into the hands of racing's many critics who argue that the sport doesn't do nearly enough to keep the horses safe or to rid itself of its worst elements. When it comes to Sipp, how do we defend against that? We can't.

The latest firestorm surrounding Sipp involves allegations that he knowingly funnels his horses into the slaughter pipeline. That could have led to his permanent banishment from Mountaineer, which, in 2010, notified horsemen they will lose stalls and may be excluded from the track if any horses racing at Mountaineer end up at the Sugarcreek auction in Ohio, which is frequented by killer buyers who send horses on to slaughter. Proving such allegations can be tricky, but there's no evidence to suggest that Mountaineer racing officials have so much as launched an investigation. Perhaps they just decided to look the other way.

Ross reached out to James Colvin, the director of racing at Mountaineer, about the recent scrutiny on Sipp and got a non-answer answer. “I have no information for you to discuss on Burton Sipp, the WV Racing Commission has licensed Mr. Sipp and has also investigated him and to my knowledge have found no wrongdoing as to date,” Colvin wrote in an email.

Ross had more questions for Colvin, but he did not respond to subsequent emails.

With the allegations that Sipp sent horses to the auctions frequented with killer buyers gaining more and more traction, Churchill Downs Inc. took action, announcing on Tuesday that it was banning Sipp from its tracks. Sipp has started 25 horses this year at Presque Isle Downs, which is owned by Churchill. The company is to be commended for taking action against the trainer, but it's fair to ask them what took them so long. It's also fair to ask how they could have banned Bob Baffert for two years for nothing worse than medication overages while, until this week, taking no action against Sipp.

Sipp has been training since 1968. He carved out a niche for himself, winning a lot of races on the leaky roof circuit. He won a career best 272 races in 1981, but he would soon become embroiled in a controversy that should have meant the end of his career. In 1984, Sipp was indicted by a grand jury in New Jersey on charges of inflating insurance claims on nine horses who died in his care over a four-year period. Sipp eventually pled guilty to the lesser charges of witness tampering and was fined $7,500 and sentenced to five-years probation. When interviewed in 1993, Gregg Shivers, the assistant Burlington County prosecutor at the time, said that his office could have easily proven the earlier charges, but that the plea bargain was driven in part by the anticipated cost of the trial, expected to be one of the most expensive in Burlington County history.

Insurance fraud is a serious offense and so is witness tampering. Sipp had also been charged around the same time with forging a scratch card on another trainer's horse. Collectively, the industry acted and Sipp did not start any horses between December of 1984 and September of 1993.

“From my experience as Director of Enforcement for the Pennsylvania Racing Commission, I am aware of a number of actions and activities (Sipp) was involved in, all of which are a matter of public record,” Roger Marciano told me in 1993. “I thought and fully expected that he would never race again or be involved in any way with pari-mutuel racing.”

But Sipp never gave up on the idea of making a comeback and in 1993 found a racing commission willing to give him a license. With a license in hand from the Pennsylvania Racing Commission, he was back, entering horses at the track then known as Philadelphia Park. Ken Kirchner, the executive secretary of the Pennsylvania Racing Commission said that Sipp “deserved a second chance.”

After making 136 starts in 1994, Sipp disappeared, and it's not clear why. He did not return to racing until 2004. It appears that he spent some of that time operating Animal Kingdom, a 32-acre zoo and pet store in Burlington, N.J. According to a Philadelphia Inquirer article, Sipp was under investigation by the United States Department of Agriculture (USDA) for alleged animal welfare violations at the zoo. According to the Inquirer, citations stemmed all the way back to 2002, when five emaciated giraffes reportedly died at the zoo.

Having returned to training, Sipp settled in at Suffolk Downs. When asked by a Boston Globe reporter in 2005 why Sipp had been licensed Suffolk Downs steward Bill Keene said: ”There's nothing in the rule book that keeps him from getting a license because he has a past.” That Keene believed that a person's past transgressions should have no bearing on them getting a license says a lot of about the sport's attitude toward rule-breakers. Of course a person's past matters.

Sipp has been operating ever since resurfacing at Suffolk Downs. But it appears that there are some racetracks that have refused to accept his entries as all of his 2021 and 2022 starts have come at Mountaineer, Presque Isle and Thistledown. In at least one state, he has been permanently banned. Since the mid 1990s, Sipp has been barred from applying for a racing license in New Jersey.

On the surface, Sipp is a nobody. He is 78, competes only at low-level tracks and has won just eight races this year. His stable has earned just $112,861. When he makes headlines it is only for the wrong reasons. Perhaps the tracks that have allowed him to run thought no one would pay attention. But that hasn't been the case. There are plenty of good people who care and plenty of good people who want to see Burton Sipp permanently banned from every racetrack in the country. That that hasn't happened yet is simply inexcusable.