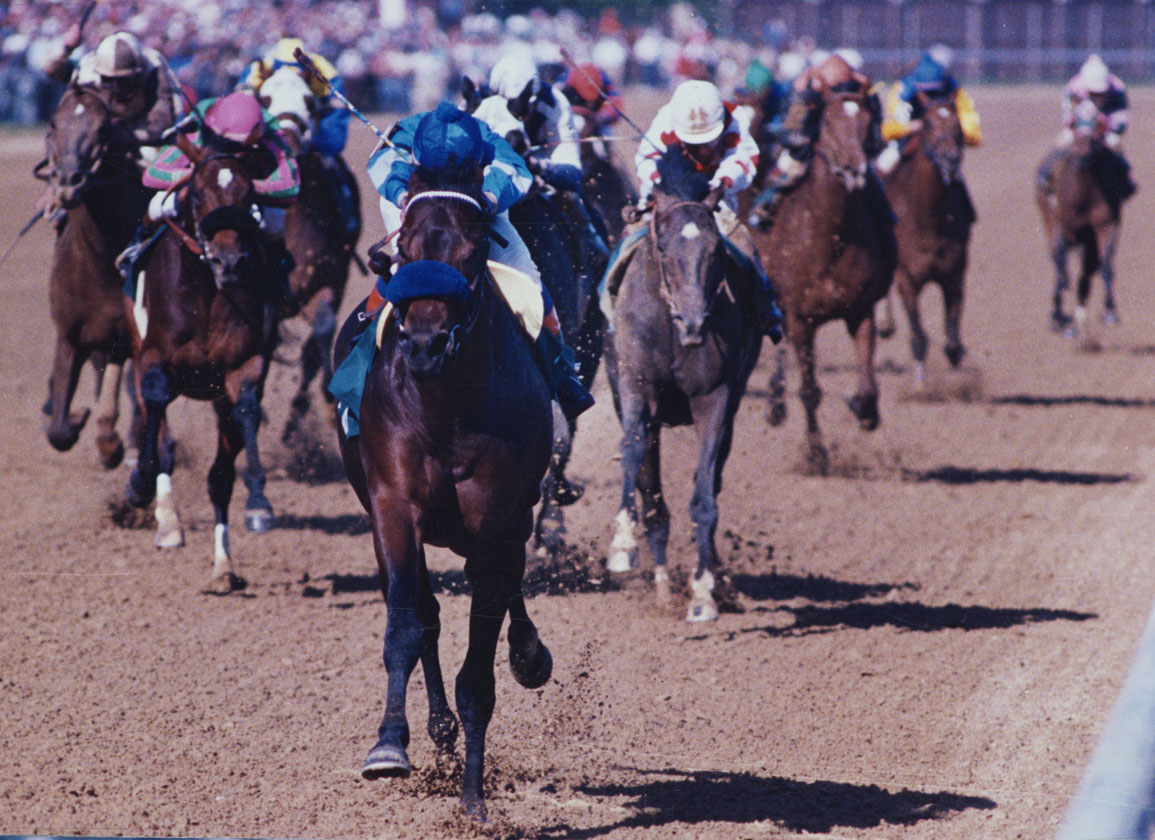 In 1985, owner Dennis Diaz had a decision to make after his runner, Spend a Buck, won the GI Kentucky Derby.

Under ordinary circumstances it would be on to the GI Preakness S. two weeks later.

In this particular year, before the Triple Crown prep season had begun, Garden State Park owner Robert Brennan offered a $2-million bonus to any horse who won the track's two preps plus the Kentucky Derby and GIII Jersey Derby.

Diaz and trainer Cam Gambolati sent Spend a Buck to the New Jersey racetrack, where he won the Apr. 6 Cherry Hill Mile S. and Apr. 20 Garden State S. prior to his run in the Kentucky Derby.

It didn't take him long to make it.

Spend a Buck won the May 27 Jersey Derby with Laffit Pincay, Jr. aboard, Cordero having a previous engagement. With the purse and bonus, Diaz pocketed $2.6 million, at the time the largest purse in the world.

(Who did Spend a Buck defeat in the Jersey Derby by a neck but Creme Fraiche, who would go on to take the GI Belmont S.)

Because of the bonus Brennan had offered, and the fact Diaz had spurned a run at the Triple Crown to chase the money instead, Triple Crown Productions was formed and the three tracks (Churchill Downs, Pimilco and the New York Racing Association's Belmont Park) began offering a $5-million bonus to any horse that swept the series.

Now, with the purses of the Triple Crown races larger and the long-dropped bonus sponsorship (first by Chrysler, later by VISA), the bonus, which was never paid, has been dropped. 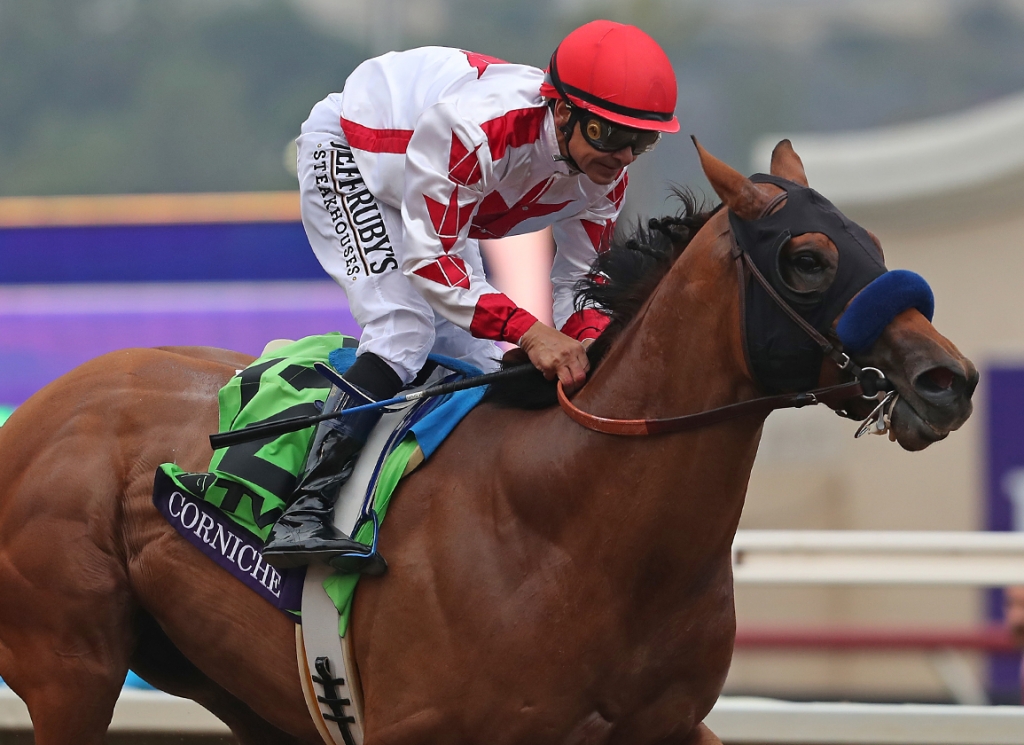 What does all of this have to do with today?

Well, today Peter Fluor and K.C. Weiner have a decision to make. The men, who race as Speedway Stables, own Corniche (Quality Road), winner over the weekend of the GI Breeders' Cup Juvenile.

With his decisive victory, and a perfect three-for-three season, Corniche will be named champion juvenile colt. And with that, the expectation of being the winter-book favorite for the 2022 Kentucky Derby.

Where is Corso when you need him, because again, “not so fast.”

Corniche is trained by Bob Baffert, who trained this year's Derby winner Medina Spirit (Protonico). However, after Medina Spirit tested positive for the presence of betamethasone, Churchill Downs Inc. suspended Baffert from saddling horses at its tracks for two years.

Yes, a different set of circumstances altogether than what faced Diaz, who owned a modestly bred horse bought inexpensively and trained by someone few had previously heard of.

Corniche was an expensive purchase ($1.5-million OBS April sale topper) with a nice pedigree, bred and racing in an age where there are a multitude of farms and partnerships desperately competing to make future stallions.

If they are hell-bent on taking a run down the Triple Crown trail, Fluor and Weiner have two options. They can transfer their colt to a new trainer or they can pursue litigation against Churchill to allow Baffert-trained runners to earn points in prep races and compete in the Derby.

Or, they could take a page from Diaz and instead of being hell-bent, they could say to hell with tradition, the Derby, and Churchill.

Another thing for Fluor and Weiner to consider: Corniche's sire, Quality Road, did not win the Derby. Neither did Tapit, Into Mischief, Ghostzapper, Curlin, Medaglia d'Oro, Uncle Mo …

Want to go back a bit further in history? Though Northern Dancer won the Derby and established a dominant sire line, Mr. Prospector, who also began a superior sire line, did not.

Yes, the Derby will always be the Derby. To this Kentucky-bred, there is no more wonderful race than the Derby. Never will be.

But winning the Derby should not be the ultimate goal for Fluor and Weiner. If they believe in their horse, and in their trainer, there are many other races in which to run.

Another thing for the residents of Houston to think about. Spend a Buck was voted the 1985 Horse of the Year and champion 3-year-old colt.

Tradition is great. It provides us a way of linking the past to the present and perhaps one day, to the future.

But for Peter Fluor and K.C. Weiner, there is also the wisdom of Dennis Diaz to consider.