Onesto Primed For The Grand Prix 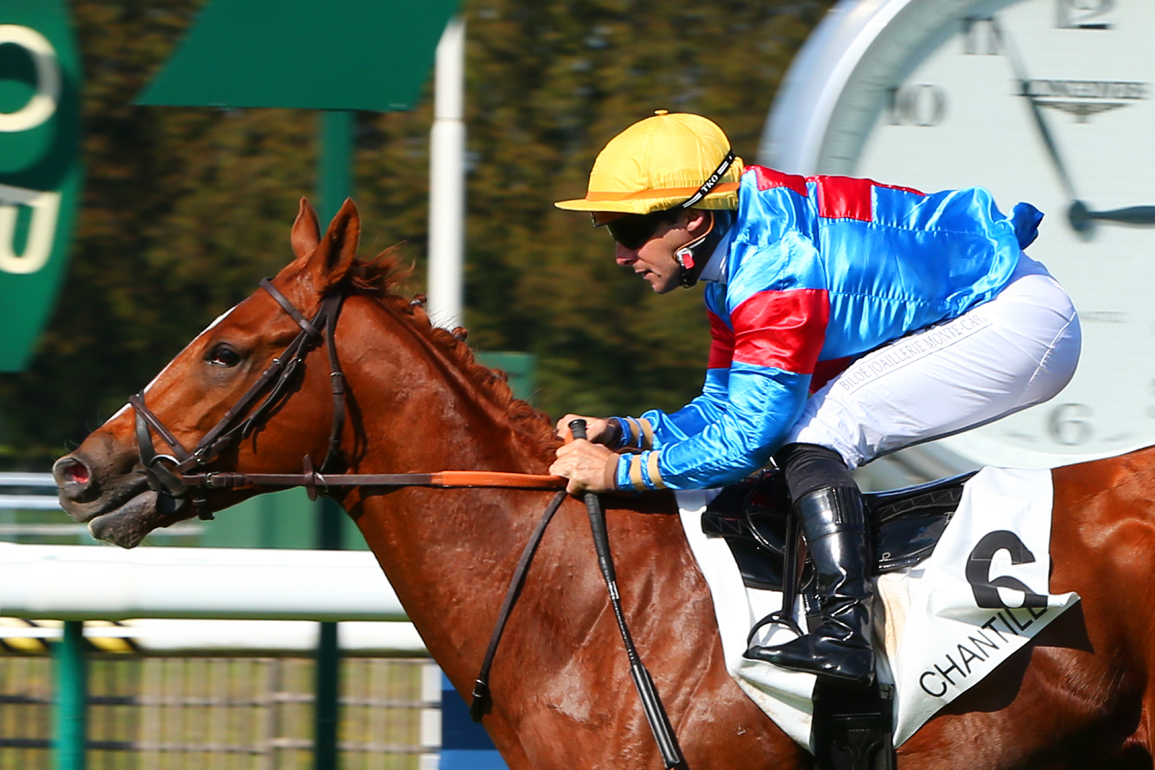 He may be diminutive compared to the likes of Westover (GB) (Frankel {GB}) or Emily Upjohn (GB) (Sea The Stars {Ire}), but 'TDN Rising Star' Onesto (Ire) (Frankel {GB}) could be about to enter the arena of giants if he can master his five rivals in Thursday's G1 Grand Prix de Paris. Given no chance by the draw before he even exited the stalls for the G1 Prix du Jockey-Club, the Fabrice Chappet-trained chestnut, who races in the silks of Jean-Etienne Dubois, will have no excuses this time with fast ground also in his favour. Able to register a rapid final three furlongs when coming of age in the 10 1/2-furlong G2 Prix Greffulhe at Saint-Cloud on May 8, he also recorded the fastest sectional of the entire field in the June 5 Chantilly Classic only to earn an inauspicious fifth placing coming from so far back. His final three-furlong time of :35.49 between three out and two out on that occasion was the quickest of the line-up on ground that was softer than he prefers, so ParisLongchamp could be in for something special on Thursday evening.

Perhaps the biggest danger to Onesto are the other two home-trained colts, Al Asayl France's L'Astronome (GB) (Frankel {GB}) and Haras De La Perelle and Stephane Wattel's Simca Mille (Ire) (Tamayuz {GB}). L'Astronome has vital course form, having won the Prix de Ferrieres conditions race on Apr. 28 and G2 Prix Hocquart May 26, and is certain to appreciate this 12-furlong trip. He is another who is capable of fast closing sectionals and will be a dangerous rival if left alone on the lead. That also applies to the supplemented Simca Mille, who dominated the G3 Prix du Lys over this trip at Chantilly on June 19. Flaxman Stables' G1 Irish Derby runner-up Piz Badile (Ire) (Ulysses {Ire}) is a significant player if this is not too soon after his big effort chasing Westover at The Curragh on June 25, while KHK Racing's June 15 G2 Queen's Vase winner and 'Rising Star' Eldar Eldarov (GB) (Dubawi {Ire}) and the Nas Syndicate and the O'Callaghans' Prix du Jockey-Club runner-up El Bodegon (Ire) (Kodiac {GB}) may find this on the sharp side.

Alongside the Grand Prix de Paris, the track also stages the 14-furlong G2 Prix Maurice de Nieuil and G2 Prix de Malleret where 'TDN Rising Star' Raclette (GB) is another high-profile opportunity for a Frankel (GB) and the 12-furlong test should not be beyond Juddmonte's homebred based on her success in the Listed Prix Melisande over a mile and a quarter here on June 12. Whether she is good enough to handle The Aga Khan's June 5 G3 Prix de Royaumont winner Baiykara (Fr) (Zarak {Fr}) is another matter. Another progressive filly on display on Thursday is Moyglare Stud's Trevaunance (Ire) (Muhaarar {GB}), who takes aim at Leopardstown's G3 Green Room Meld S. over nine furlongs having won a decent conditions event at a mile at Limerick June 17.