Home » Archive » Top News » On to Derby for White Abarrio

On to Derby for White Abarrio 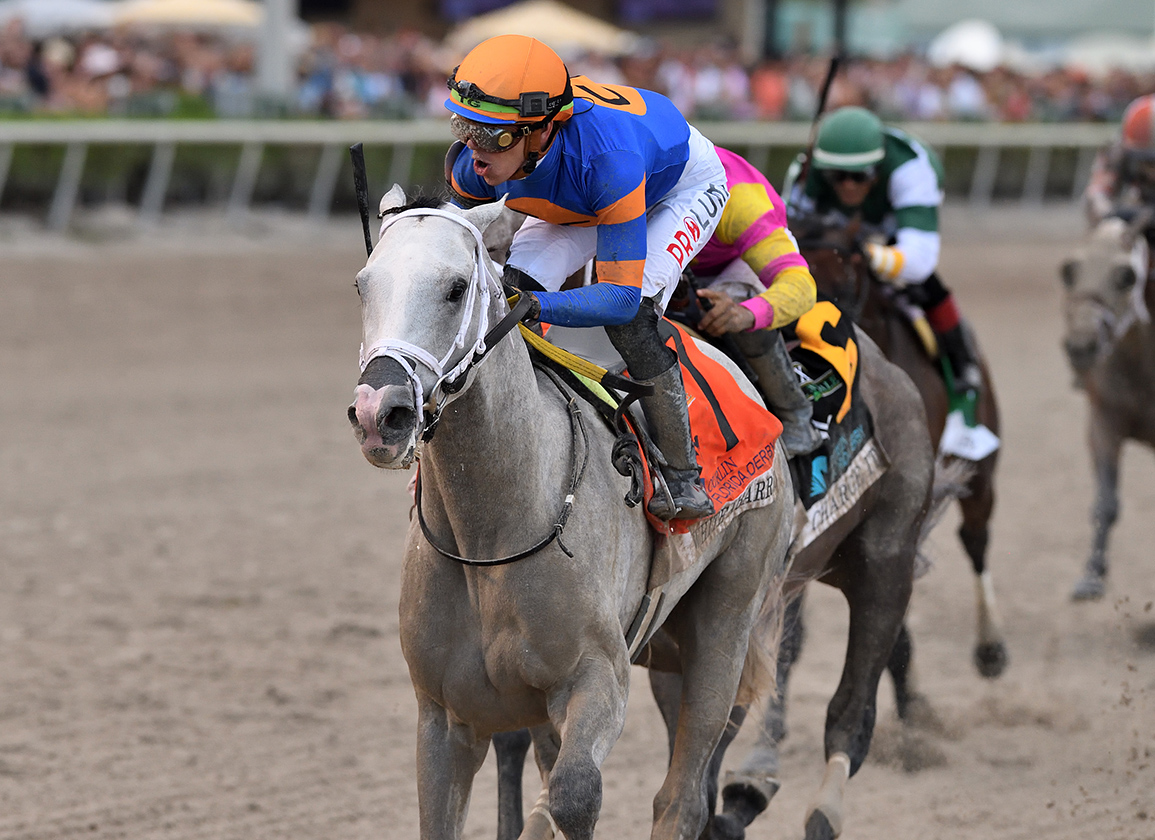 “He was further back than we envisioned and to see him be able to sit back that far off the pace and make his move, it gives you a lot of confidence, because you know he can run close to the pace and now sit back and be as effective,” Joseph said of his charge's Florida Derby win.

Saffie said he continues to see improvement in the gray colt.

“Physically, he's not an overly big horse. He's filled out and he's grown a bit. He's a changed horse,” Joseph said. “He's changed from November to now, and he's showing it on the track. That's what you want. You want to be improving at this time of year. I feel he's making forward progressions.”

Whisper Hill Farm's Charge It (Tapit) came up with a gritty performance against more experienced colts while finishing second in the Florida Derby in only his third career start. The Todd Pletcher trainee, who hit the gate at the start, made a solid run at White Abarrio before racing greenly in the stretch.

“To get a real education in a race like that was very encouraging. He got a little green down the lane. He kind of drifted in behind that horse and I felt like if he could have just run straight that last 100 yards, he was going to be right there. But I thought it was a huge effort, considering everything,” said Pletcher, who added the Kentucky Derby will be under consideration for the well-bred colt.

Also aiming for the Kentucky Derby is the Florida Derby's third-place finisher Simplification (Not This Time).

“I am so happy with the race because the horse ran well and came back well,” trainer Antonio Sano said.

Simplification was second to White Abarrio in the Holy Bull before winning the GII Fasig-Tipton Fountain of Youth S.

“The plan was to be up front, but the pressure from Pappacap outside made Jose [Ortiz] move the horse before it was time,” Sano said. “It was a good field and my horse ran very good. In the Kentucky Derby, I believe he will run great.”