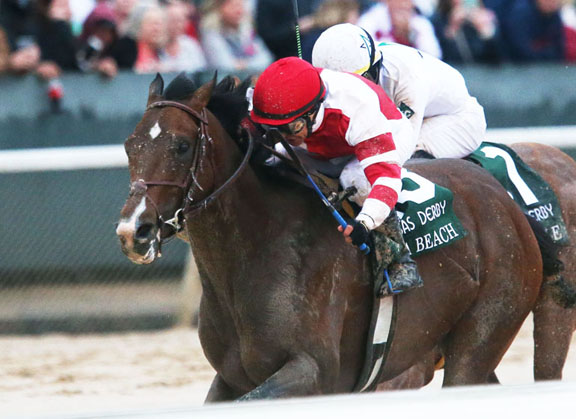 “We put our heads together and that's the decision,” Hall of Fame trainer Richard Mandella said of the Fox Hill Farms colorbearer.

Omaha Beach worked four furlongs in :48.20 (8/29) at Santa Anita Oct. 16. Scratched from the GI Kentucky Derby with an entrapped epiglottis, he returned to the races in style with a dramatic head victory in the GI Santa Anita Sprint Championship S. Oct. 5.