Olivier Peslier to Ride Wonderful Tonight in the Arc 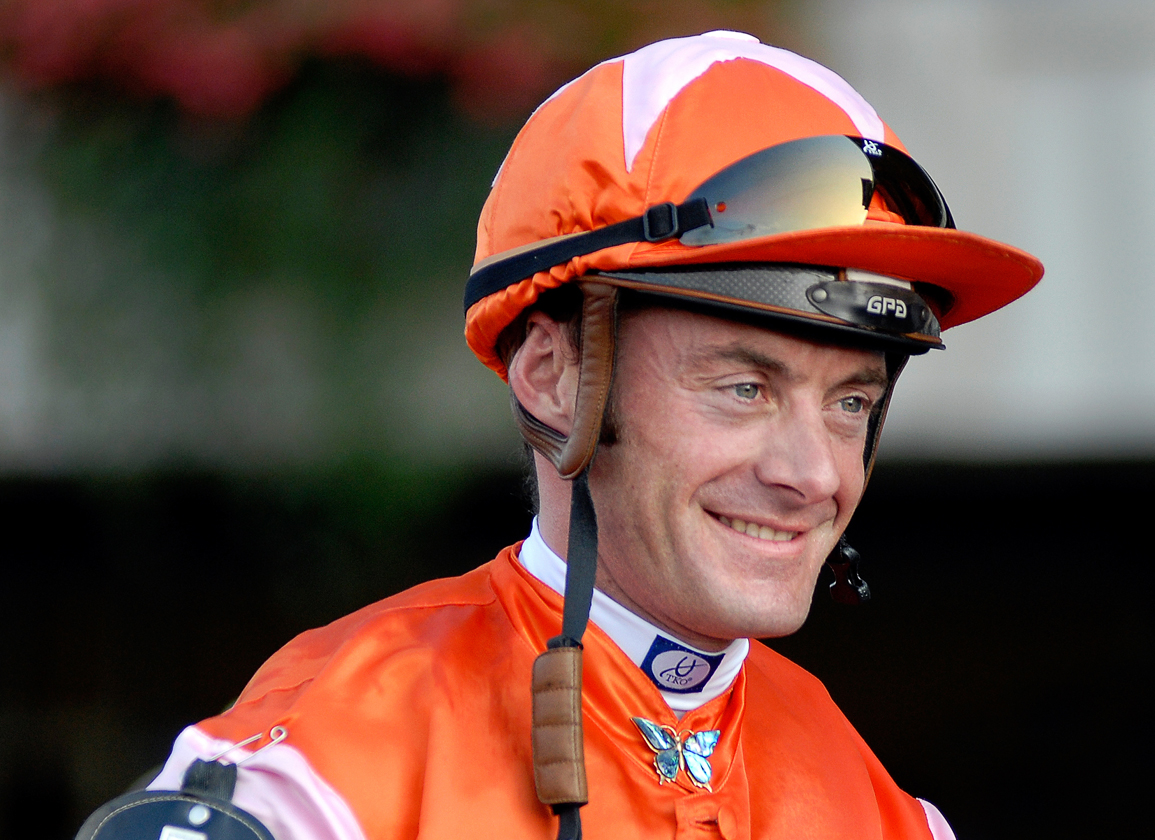 “I think he is one of the best in the business,” said Menuisier of the veteran Frenchman. “He has the experience on his side, and he's ridden the filly as a 2-year-old when he won on her at Saint-Cloud.

“The plan was to keep him on last year. But I think it was a fracture of the jaw that sidelined him, so when she went to Longchamp [initially for the Prix de Thiberville last July] I had to use somebody else.

“Tony Piccone rode her–and because he rode her well, we kept the continuity. But Tony Piccone has gone to Hong Kong, and won't be back until October–and we felt it would be better to use somebody who, first of all, won the Arc several times. He's also ridden [in France] all year, and knows Longchamp like the back of his hand.”

Added the trainer, who is hoping to use Peslier in Wonderful Tonight's Arc prep races too, “I've known Olivier for 10 years. He's a friend, and I trust him 110% to do the job. Who wouldn't be keen [to ride Wonderful Tonight]? She has a live chance–well, we feel she's a live chance, in the Arc. Obviously he's delighted to have been called up.”

The 4-year-old filly is riding a four-racing winning streak, having triumphed in the G2 Qatar Lillie Langtry S. at Goodwood on July 31. Her winning thread started with a 1 1/4-length victory in the G1 Qatar Prix de Royallieu at ParisLongchamp on Arc Day and continued in the G1 QIPCO British Champions Fillies & Mares S. on Oct. 17. Resuming at Royal Ascot, Wonderful Tonight added the G2 Hardwicke S. to her haul on June 19.

Although her next targets have not been confirmed, the Aug. 19 G1 Yorkshire Oaks is a possibility and Peslier is likely to be aboard Menuisier's star pupil regardless of which contest is selected.

“It's part of the plan,” added Menuisier. “He's made himself available to ride the filly wherever she goes.

“Thinking of the big one down the line, I think it would be good if he could have sat on her at least once and, in an ideal world, twice before the Arc.

“I don't want the filly to have too many hard battles before the big day–so she'll get to the race as fresh as she can, knowing that we're not having a summer break.”