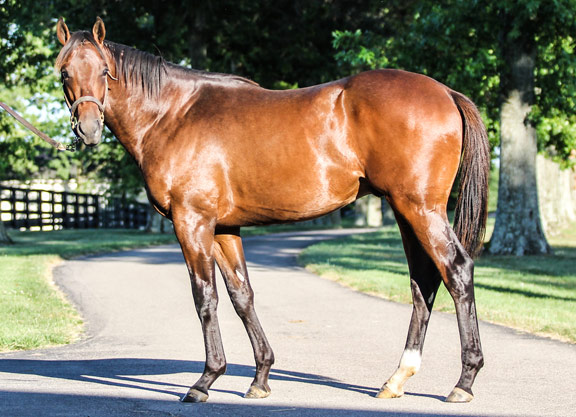 PAIR OF RISING STARS FACE OFF IN CHURCHILL ALLOWANCE

5th-CD, $87K, Opt. Clm. ($75K), 2yo, 1 1/16m, 3:03 p.m.
A pair of 'TDN Rising Stars' STAYIN' OUT LATE (Tapit) and Superman Shaq (Shackleford) face off while trying winners for the first time at Churchill. Trained by Steve Asmussen, Stayin' Out Late went wire-to-wire to graduate by 7 3/4 lengths in his sprint debut at this venue Sept. 18. Out of GSW Graeme Six (Graeme Hall), the chestnut is a full to GSW Delightful Joy; and a half to SW Seymourdini (Bernardini) and GSW Cali Star (Street Cry {Ire}). A $230,000 FTKOCT yearling purchase, Superman Shaq summoned $550,000 at OBS April after breezing in :20 3/5. Off the board in his career bow at Del Mar Aug. 8, the chestnut graduated decisively in a 5 1/2-panel event there Sept. 6. Superman Shaq's biggest claim to fame, however, is that he is a half-brother to champion Monomoy Girl (Tapizar). He is also a half to GSW and fellow 'Rising Star' Mr. Monomoy (Palice Malace). TJCIS PPs

FIRST FOAL OUT OF CAVORTING DEBUTS AT CHURCHILL