Oaks Finishers All Well on Saturday; Preakness Next for Oath? 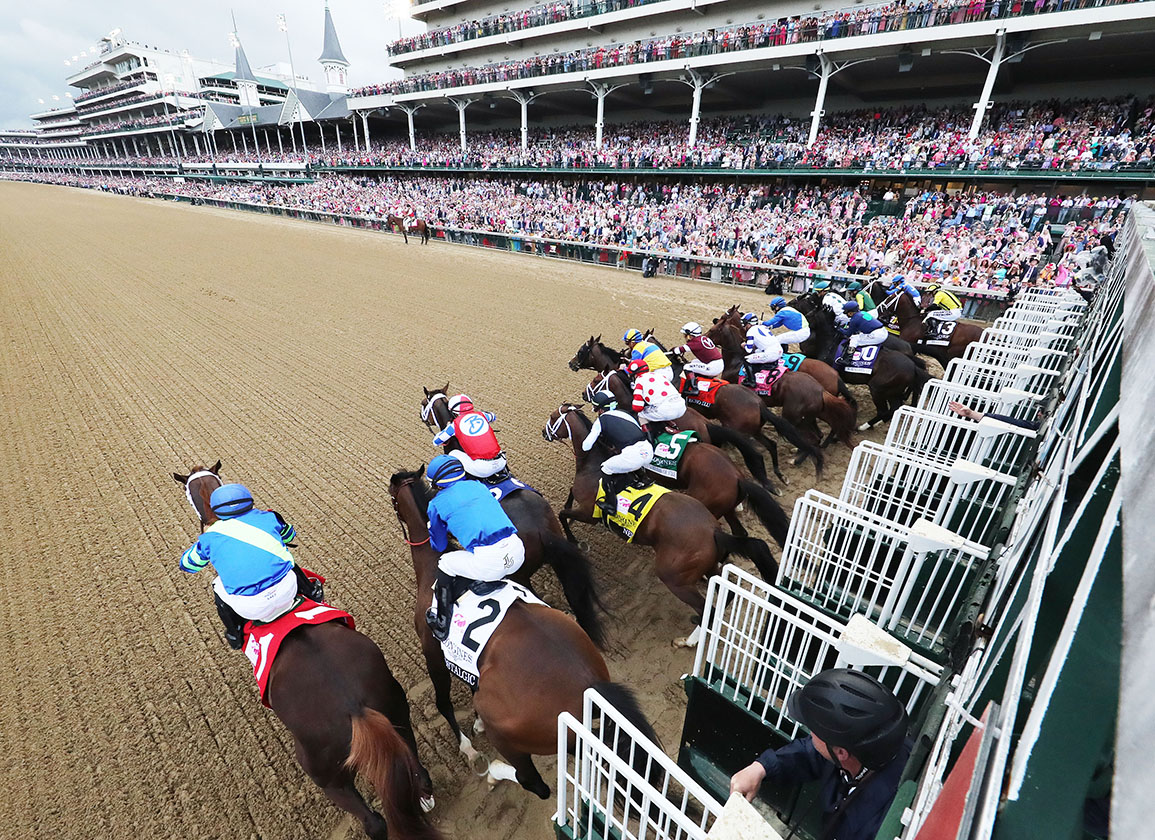 More than 12 hours after winning his fifth GI Kentucky Oaks with Briland Farm's Secret Oath (Arrogate), Hall of Fame trainer D. Wayne Lukas was back on his pony leading his horses out to train Saturday morning at 5:15 a.m. He reported that his star filly came out of the race well and now has several options ahead of her, including the GII Black-Eyed Susan S. and the GI Preakness Stakes May 20 and 21, respectively at Pimlico.

“She bounced back very quickly last night and she's very sharp here this morning,” Lukas said. “Looks very good. We're tickled to see her come out of that tough race and to be bouncing around here this morning. She's excellent.

“I'm going to let a few days go by and then I'll get with (owner) Rob Mitchell. I'll let him have an opinion. The Preakness is an option, but so is the Black-Eyed Susan. The big difference is a million dollars and a Grade I. Would be nice to get her a second Grade I.

“She ran a picture-perfect race, a beautiful trip. It kind of went the way we had mapped it out. When Luis moved into position down the backstretch, I told (my wife) Laurie  that we were going to be okay.”

Lukas scratched his Kentucky Derby entry Ethereal Road (Quality Road) on Friday and said the Preakness might also be a possibility for him.

“I thought if I ran him today (in the Derby), I'd have no shot of going on with him,” Lukas said. “I have run him a lot between Oaklawn and Keeneland. I didn't think he'd win, so I took him out and now we have the option of the Preakness.”

The Todd Pletcher trio of second-placed Nest (Curlin), sixth-placed 'TDN Rising Star' Shahama (Munnings) and the 11th-placed Goddess of Fire (Mineshaft) all came back in good form, Pletcher said Saturday morning, and will most likely all head to his Belmont Park base.

“They're all likely to be headed up to New York,” said Pletcher. “We've got to do some checking on flight schedules, but they'll be headed out in the next little while.”

Exercise rider Roman Cecher was overseeing business at 5:15 Saturday morning at Barn 43 where H and E Ranch's Arizona-bred Desert Dawn (Cupid) had set up shop this past week in anticipation of her start in the Oaks.

Trainer Phil D'Amato said he was exhilarated after his filly's third-place finish, worth $113,750 to her connections. She finished 2 1/2 lengths behind winner Secret Oath and just a half-length back of second-place Nest.

“She came back from the race really well,” Cecher said. “She ate everything up last night. The filly ran huge for us and we thought she was going to get second. Everybody was very pleased.” He said that plans for Desert Dawn were still to be decided.

The connections of all of the other Oaks runners reported no problems with their fillies Saturday morning.