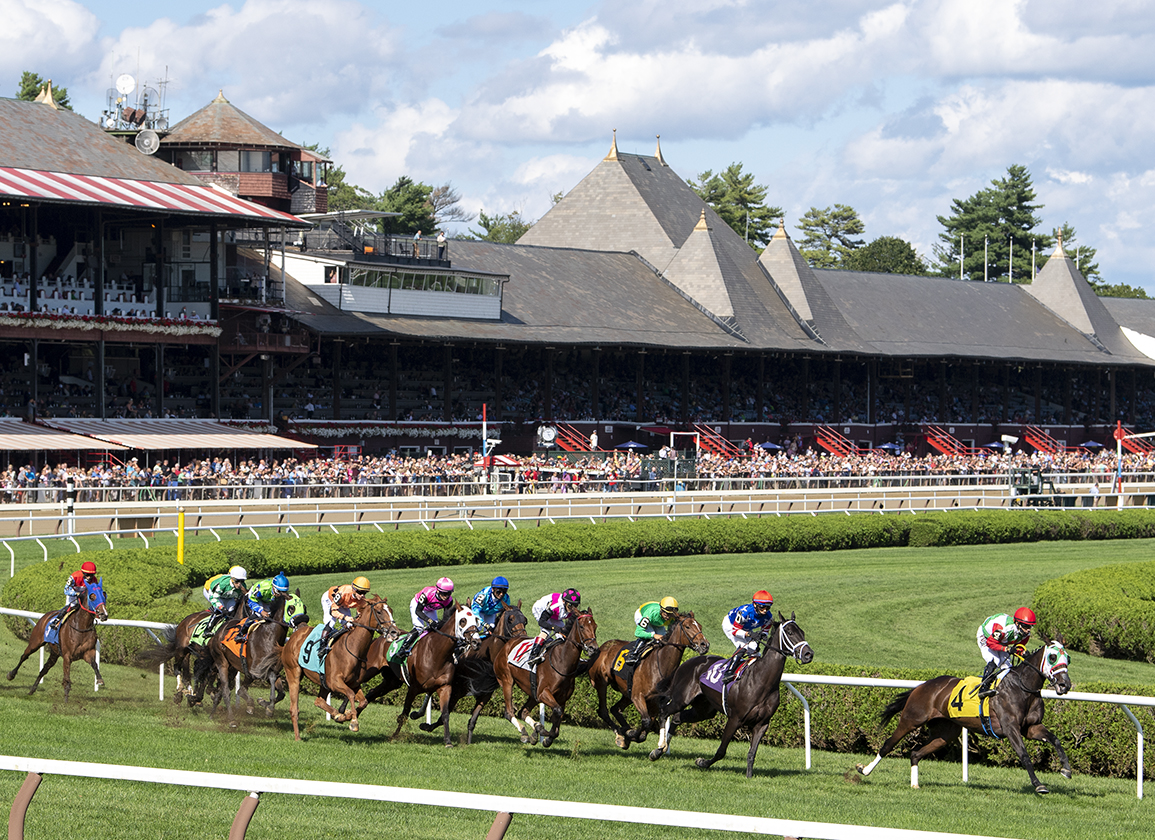 Patrons are encouraged to stop by the community booth to learn about the organization's mission from Thoroughbred Aftercare Alliance representatives, and to make a donation in exchange for a variety of racing memorabilia and TAA swag.

Racing fans can also show their support by opting to donate to the Thoroughbred Aftercare Alliance throughout the Saratoga meet when cashing a winning ticket on an AmTote International self-service betting terminal. All donations are tax deductible.

On the Whitney undercard, horses will don NYRA-donated Thoroughbred Aftercare Alliance saddle towels for a race named in honor of the TAA. In the winner's circle after the race, the TAA will present awards to the best turned out horse and winning groom and connections.

“The Saratoga Community Booth is a great opportunity for racing fans and participants alike to learn more about the TAA,” said TAA President, Jeffrey Bloom. “We are also honored to have the TAA represented with a race on the Whitney Day card. NYRA has been an invaluable stakeholder to the TAA for many years and we're excited to continue the tradition of celebrating accredited aftercare on Whitney Day.”

“The work of the Thoroughbred Aftercare Alliance is of the upmost importance to the New York Racing Association,” said NYRA Senior Vice President of Racing Operations, Frank Gabriel Jr. “We're thrilled to highlight such a worthy organization on one of Saratoga's biggest days of racing.”