Home » Archive » Shared News » NYRA Is Hoping To Race in Saratoga, and Here's Why

NYRA Is Hoping To Race in Saratoga, and Here's Why 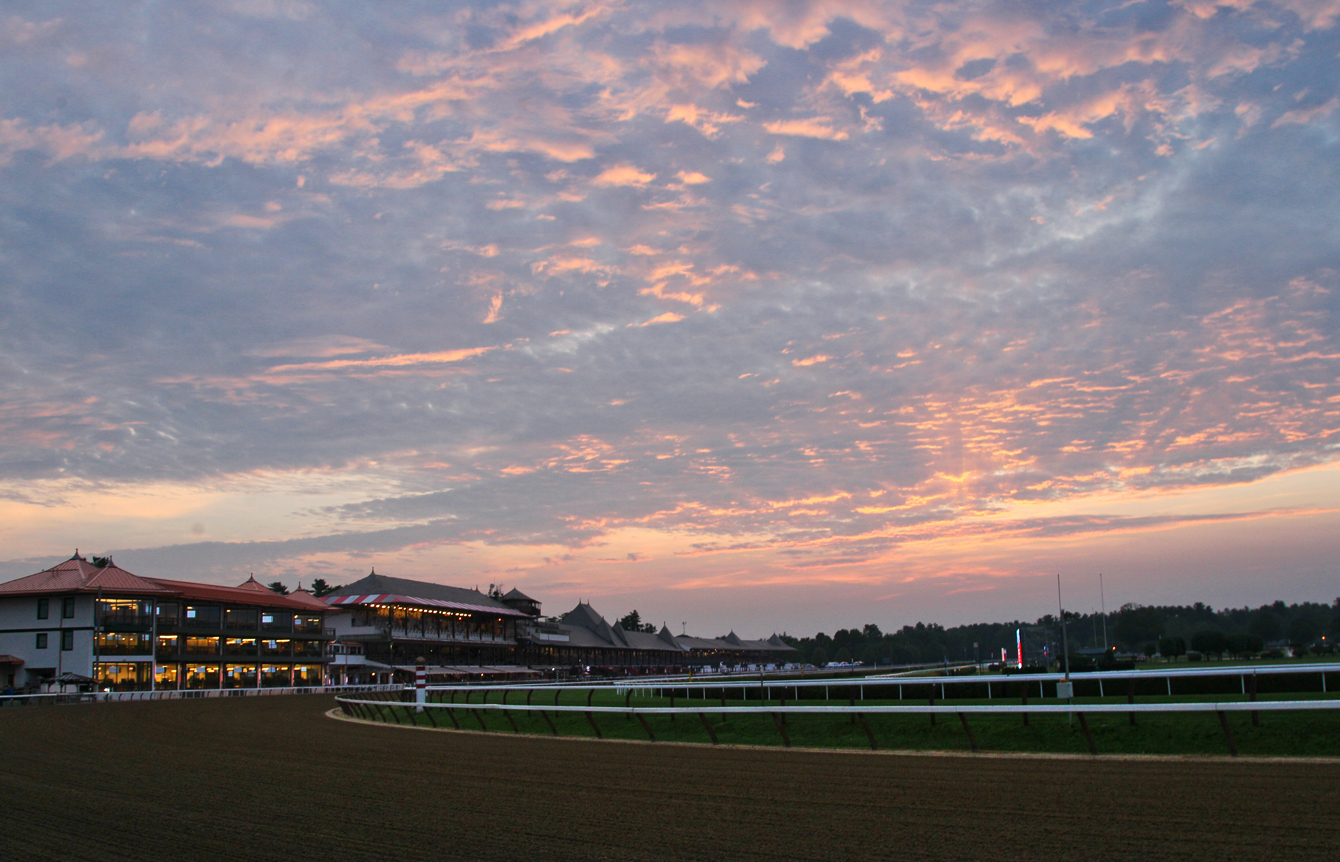 What will a new dawn look like at Saratoga? | Horsephotos

If racing is allowed to resume by July 16, the New York Racing Association plans to run this summer in Saratoga, with or without fans being allowed in the stands, NYRA Senior Vice President of Racing Martin Panza told the TDN.

The likelihood that the meet will be held spectator-free raises the question as to whether or not it would be more practical to keep the New York racing community in place and race during the summer at Belmont and Aqueduct. While that might be easier, Panza said Saratoga routinely handles far more than the two downstate tracks and NYRA needs that extra revenue to maintain its purses. Panza estimated that purses would be anywhere from 25 to 40 percent lower at a Belmont summer meet when compared to a Saratoga meet.

“We lose quite a bit of money at Aqueduct, and at Belmont, we make a little bit of money. Saratoga pays for the rest of the year,” Panza said. “When we look at it from a horseman's standpoint, Saratoga, because of the handle, has much better purses than what they are when we race at Belmont or Aqueduct. When you go through a period like the one we are going through right now with the virus, with a lot of people not being able to run and with a lot of racetracks not being able to run, for the industry as a whole, it's very important over the next six months to try to present the best possible scenarios for owners and trainers. That means, `how do we make as much purse money as possible available?'”

Running meets without fans in the stand makes it hard to predict handle numbers, but Panza said fans will bet more on a spectator-free Saratoga meet than they would on spectator-free meets at Belmont or Aqueduct. The racing and the makeup of the fields would be virtually the same, but the other two tracks cannot compete with the Saratoga brand.

“This is going to be a difficult year for most racetracks in the country,” he said. “It's important to help the economy of racing get back on track. Even if we can't have fans at the track, the handle for a Saturday at Saratoga will be close to double what we would handle if the races were held at Belmont and certainly a lot more than what we would handle at Aqueduct. Being up there will allow us to handle a lot more money on our races and that means much larger purses.”

NYRA's purse account has also been affected by the closure of the Resorts World casino at Aqueduct. Panza said 35 to 40 percent of the money for purses comes from the casino, another reason why NYRA is cognizant of the need to keep purse levels intact. The racetracks are expected to be able to re-open sooner than the casinos.

The problem with purses is not just a NYRA issue, Panza maintains.

“There has been one 2-year-old sale this year, so there are a bunch of 2-year-olds that haven't been sold,” he said. “The Keeneland sale, where they normally sell 4,000 yearlings, is coming up and there's also Fasig-Tipton's sale. Our board and our racing committee at NYRA are looking beyond what's best for New York racing but the industry as a whole. We really have to come out and try to hold our purses at levels that are acceptable just to keep the industry afloat. Running at Saratoga allows us to do that.”

The other issue with racing downstate is the condition of the turf courses. If Belmont opens soon and if racing were to stay there throughout the fall, the turf courses would be needed for five consecutive months or so.

“If we were to stay downstate, we're not going to be able to stay at Belmont the entire time,” Panza said. “At some point we would have to pivot over to Aqueduct because we just wouldn't be able to race the whole time on the turf at Belmont from June 1 to November 1. That would be too much of an ask. And if we go over to Aqueduct for a month, we would handle even less there than we would at Belmont, which means even lower purses.”

Of course, none of this matters if NYRA isn't cleared to begin racing at Saratoga for a meet that runs from July 16 through Sept. 7. There may also be some objections from politicians who are concerned that there could be unforseen problems involved with moving 1,000-plus people at once and inserting them into a new community. Looking to open up not just at Saratoga but for the spring meet at Belmont, NYRA has submitted a 19-page document to the governor's office and to the New York Gaming Commission. The contents of the document include all the steps NYRA is taking to take to keep backstretch personnel and employees safe.

“We are going to follow whatever the governor tells us to do,” Panza said “We just turned in this document which goes over the protocols we have in place as we are looking to re-open Belmont. Obviously, if we go to Saratoga, those protocols will be followed to the letter. Those protocols are pretty extensive. If given the opportunity to race, we're going to be extremely careful. There has been a lot of thought going into how we open and how we do it in the safest possible manner. With our protocols, I feel more comfortable going into our backstretch area than I feel going into the supermarket right now.”