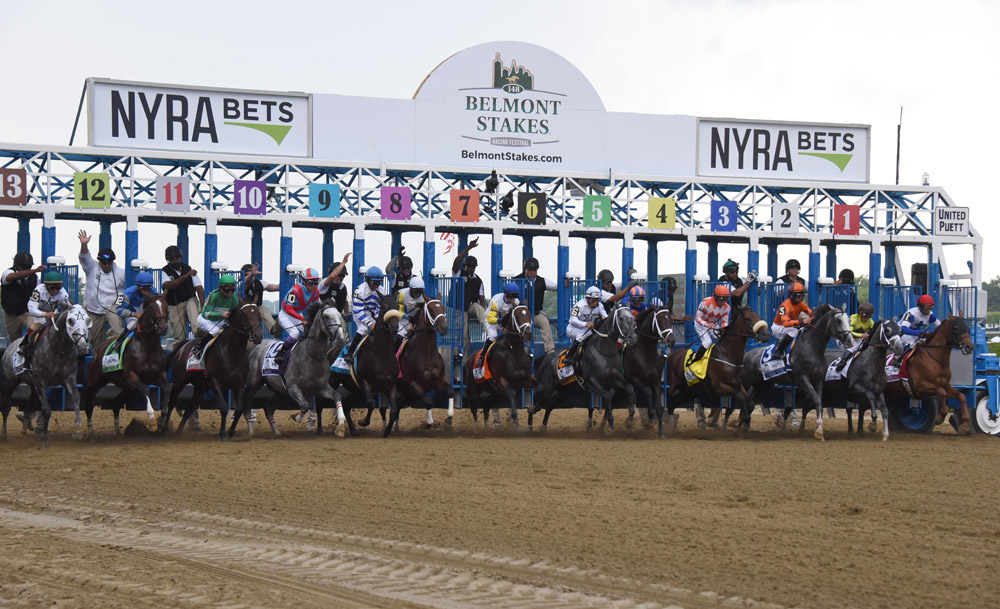 The New York Racing Association is working to have racing regulations changed so that it can begin to conduct racing at night at Belmont Park on a limited basis. According to NYRA President and CEO Chris Kay, a bill was passed last week in the New York Senate that would allow Belmont to race at night two days a week. The bill has not yet reached the New York State Assembly.

The news of night racing at Belmont was revealed by Kay on this week's Thoroughbred Daily News podcast, brought to you by Taylor Made.

Kay said the impetus to begin racing at night was to attract new customers to Belmont, ones who may not be able to go during the day due to work obligations.

“How do we deliver racing in a way where people are going to say I like this sport and I want to do it again?” he said. “You can do some of that on their smart phones, but you can't start a relationship on the phone. You have to have face-to-face interaction. So how do we bring more people to our NYRA tracks to enjoy all we've done over the last four years to make it a compelling experience? That's our challenge. That's precisely why we are trying to get approval from the legislature to get racing at night at Belmont two nights a week during both the spring and fall meets. Most young people are at work during the daytime. Most people, period, are at work during the daytime. If you've never been brought out to the track as a young boy or girl how do I get you to come out now? Well, I let you come out after work, just the way the Yankees and the Mets and the Red Sox do. On weekdays they have their events at night. I think that's the smart way for us to go in the future.”

Kay said the most recent legislative session ended without the Assembly having a chance to act on the bill and the next opportunity for it to do so will not be until 2018. If the bill sails through the Assembly and is signed by Governor Andrew Cuomo it's possible there could be night racing at Belmont as soon as the 2018 fall meet or the 2019 spring meet.

“We will continue with our efforts to try to make this happen because I think it is important not only to the New York Racing Association, but for the entire industry,” Kay said. “We've got 18 million people in the area. We want to say to these people, 'Come on out on a Thursday night or a Friday or Saturday night,' depending what the schedule might look like, and have a great time. You can have dinner, wager on the races, it will be fun. This would appeal to a lot of things people are searching for right now in America.”

NYRA has already looked into what would be involved so far as adding lights to the massive Belmont facility.

“What we've looked at is to have a state of the art lighting system, an LED system that would shine directly on the track so there isn't that effusion to the area around it,” Kay said. “You can actually dial up and dial down the intensity of the lighting. You could have the lights dialed up with seven minutes before post time and after the race has been completed you can dial them down. The technology is there that makes it very effective. It's the same technology being used at other sporting venues and even with bridges. These lights will cost more initially to use, but it is worth it. It is worth it for the neighborhood and for the fans.”

Kay said there are no plans to bring night racing to Saratoga.

“There is a very different audience at Saratoga than at Belmont,” he said “People come as families for three, four, five days to Saratoga. Our research has shown that 60 percent of the people who come to Saratoga live outside the nine-county capital region. So they will come for several days as a family for a vacation. Their intention is to have an enjoyable day at the track, like people have an enjoyable day at a theme park.”