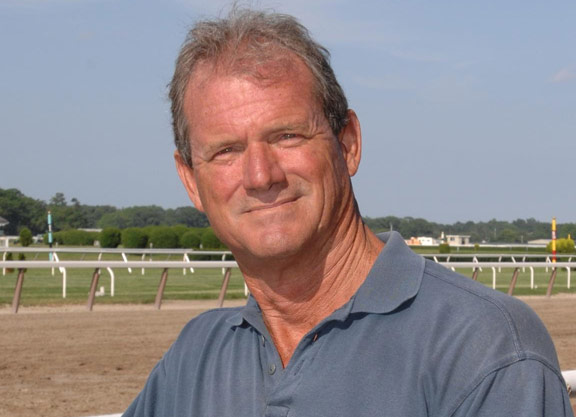 Bruce Johnstone, who transitioned from a trainer to management at the New York Racing Association, the last 13 years of which he spent as Manager of Racing Operations, died Thursday following a lengthy battle with cancer. He was 76.

“Bruce was a true horseman who used the lessons of a lifetime to make all of us better in so many big and small ways,” said NYRA CEO and President Dave O'Rourke. “He was a man of impeccable integrity who was a beloved member of the thoroughbred racing community here in New York and around the country. Bruce was universally admired for all the right reasons and we will miss him every day.”

NYRA created Johnstone's position when he joined the organization in 2007. “If I'm talking to a trainer, I know what they're saying,” he said of his duties in a 2018 interview. “I'll know how to address a concern or an issue. I have an office, but that's not where I live.”

In 1974, Johnstone went to work at the Phipps Stable with trainer John Russell and Hall of Famer Angel Penna. Johnstone took out his own training license in 1980. Among his career highlights were wins with Secrettame in Gulfstream Park's Shirley Jones S. in 1983 and Buck Aly in Aqueduct's GII Bay Shore S. in 1986.

While at NYRA, Johnstone also served from 2018 to 2019 as Chairman of the famed Aiken Training Center in Aiken, S.C. Born and raised in Santa Barbara, CA, he graduated from UC Berkeley and went on to run Chuck's of Hawaii steakhouse.

Johnstone is survived by his daughter, Kelly Johnstone. Details on a memorial service will be announced when available.