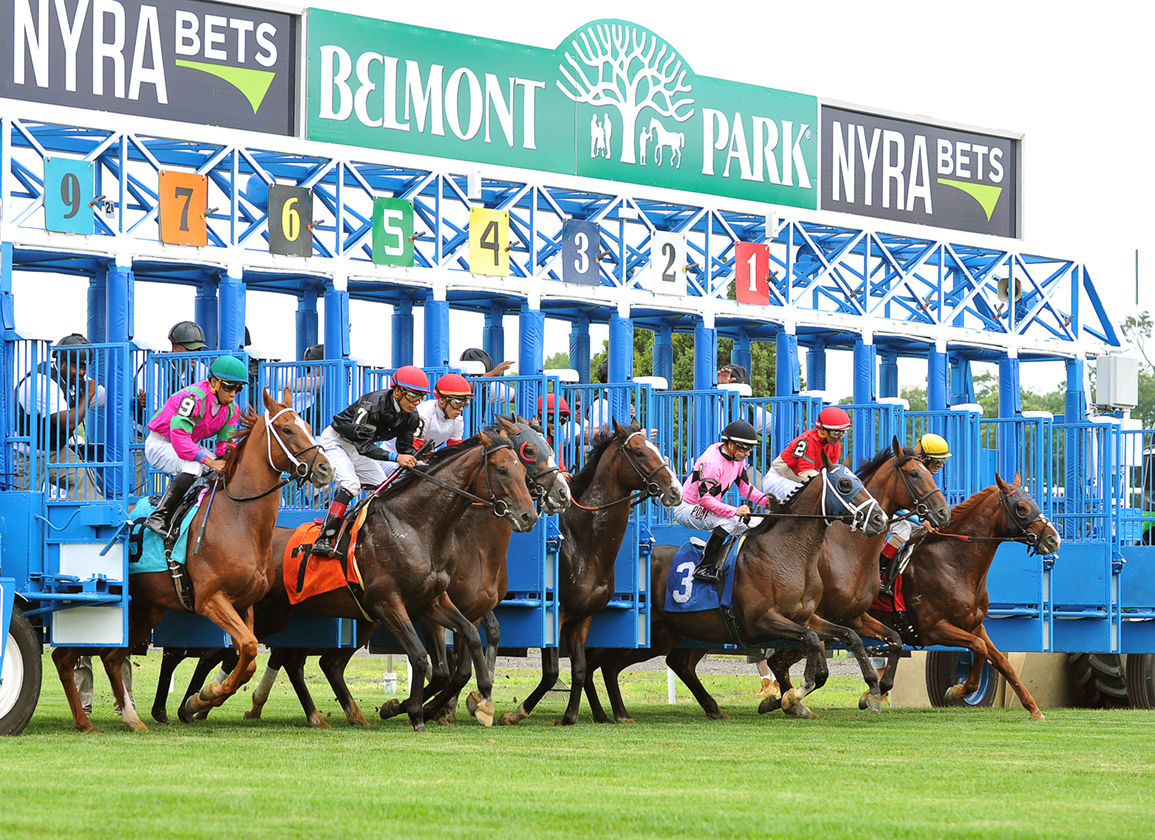 Horses break from the gate at Belmont Park | Sarah Andrew

At an impasse with NYRA over health insurance benefits, the union representing assistant starters at Belmont, Aqueduct and Saratoga has informed the racing organization that it will wage a strike starting on the day of the GI Belmont S. if its demands are not met.

With recent discussions between NYRA and Local 3 of the International Brotherhood of Electric Workers failing to produce a solution, the union served NYRA with a Notice of Intent to Strike.

The union is asking for NYRA to pick up the health coverage from the time an assistant starter retires until they are eligible for medicare. When reached by the TDN, union representative Robert Olenick refused to comment.

“NYRA has negotiated in good faith throughout this process,” said NYRA spokesman Pat McKenna. “The same cannot be said for Local 3 IBEW, who have now resorted to threats and intimidation tactics to extricate themselves from a contract agreed to by both parties that has been in place for more than a decade. NYRA is committed to achieving an equitable solution, but it is unfortunate and counterproductive for the union to threaten to intentionally disrupt the Belmont Stakes.”

McKenna added that NYRA believes a strike will not cause a major disruption to the Belmont card.

“The reality is that NYRA has contingencies in place to ensure there would be absolutely no impact to the event no matter the action taken by Local 3 IBEW,” he said.

Contingency plans include bringing in non-union starters to man the gate on Belmont Day.

This is not the first time the union has threatened to strike on Belmont Day. Prior to the 2012 Belmont, the assistant starters threatened to strike, but the two sides reached an agreement in the days leading up to the race. The core issue in 2012 was a dispute about how overtime pay would be awarded.