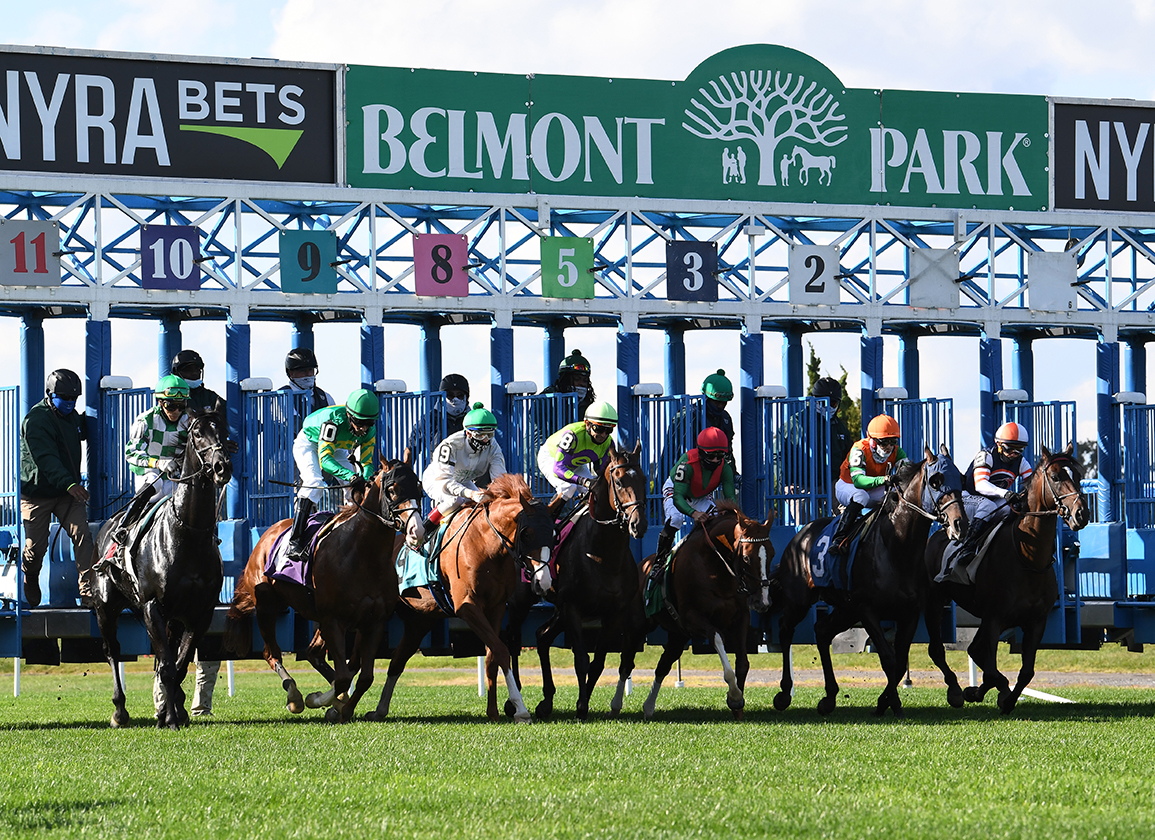 A hearing officer for the New York Gaming Commission has upheld the voided claim of Battalion (Tiznow) in the fourth race at Belmont Park, May 28. Bella Mia Stables LLC and their trainer Bob Klesaris had entered the horse into the race with a $25,000 claiming tag. When owner Sanford Goldfarb and trainer Robert Atras claimed the horse, no one notified the Klesaris barn and the horse was returned to their barn, rather than the test barn. The New York Stewards decided to void the claim, and Michael De Bella, Bella Mia's owner, and attorney Drew Mollica appealed that decision.

“I conclude that, on this record, the Stewards did not abuse their discretion and, therefore, affirm the decision of the Stewards to void the claim,” wrote Gaming Commission Member Peter J. Moschetti Jr. in his decision. “The horse's prompt presence in the test barn is required to protect the claimant, who may, if circumstances warrant, avail himself of provisions in Commission Rule 4038.5(a)(4) to have the claim deemed void, if a Commission-designated veterinarian determines that the horse is lame pursuant to the standards of such rule. Rule 4038.5(a)(4) provides that the claim of a horse determined to be sufficiently lame by the Commission-designated veterinarian shall be deemed voided unless a representative of the claimant is present in the test barn and, instead, `decides immediately to accept the horse.'”

It was the job of the NYRA Clerk of Scales Jack Welsh to ensure that notice of a claim is given to the groom of the claimed horse, and he admitted that he had failed to do so.

“Appellants did nothing wrong here,” continued Moschetti in his decision. “Battalion's trainer did eventually bring the horse to the test barn when belatedly informed of the claim, but through no fault of Appellants, time had passed already from the end of the race. Claimant did nothing wrong here, either. However, through no fault of Appellants or Claimant, Claimant was deprived of the assurance that the horse was under the observation of Commission staff from the end of the race until delivery to the test barn for examination.”

Because there is no specific Commission rule on how to handle such a situation, Moschetti said, the Stewards have discretionary power to to impose a remedy. Battalion finished last in the race as the 2-1 favorite.

“I need not make any judgment about whether the Stewards' decision was the only plausible one they could have made, or whether their decision may or may not have been the best one. Rather, I conclude that in applying a Rule that empowers the Stewards to make a discretionary decision in unusual circumstances, the Stewards did not abuse that discretion in retuning the ownership of this horse to the status quo ante.”

“Michael De Bella is happy he fought this fight,” said Mollica, “although we obviously disagree with the commissioner's decision. This case brings to light the arbitrary and capricious nature that have recently been handed down in New York Racing. The facts here are clear and while in the final analysis, the hearing officer stated that although the decision might not be the right one, the Stewards' discretion rule carried the day. My client and I remain convinced, however, that the Stewards' discretion in this case was arbitrary and ill-advised at best, and illogical at worst.”