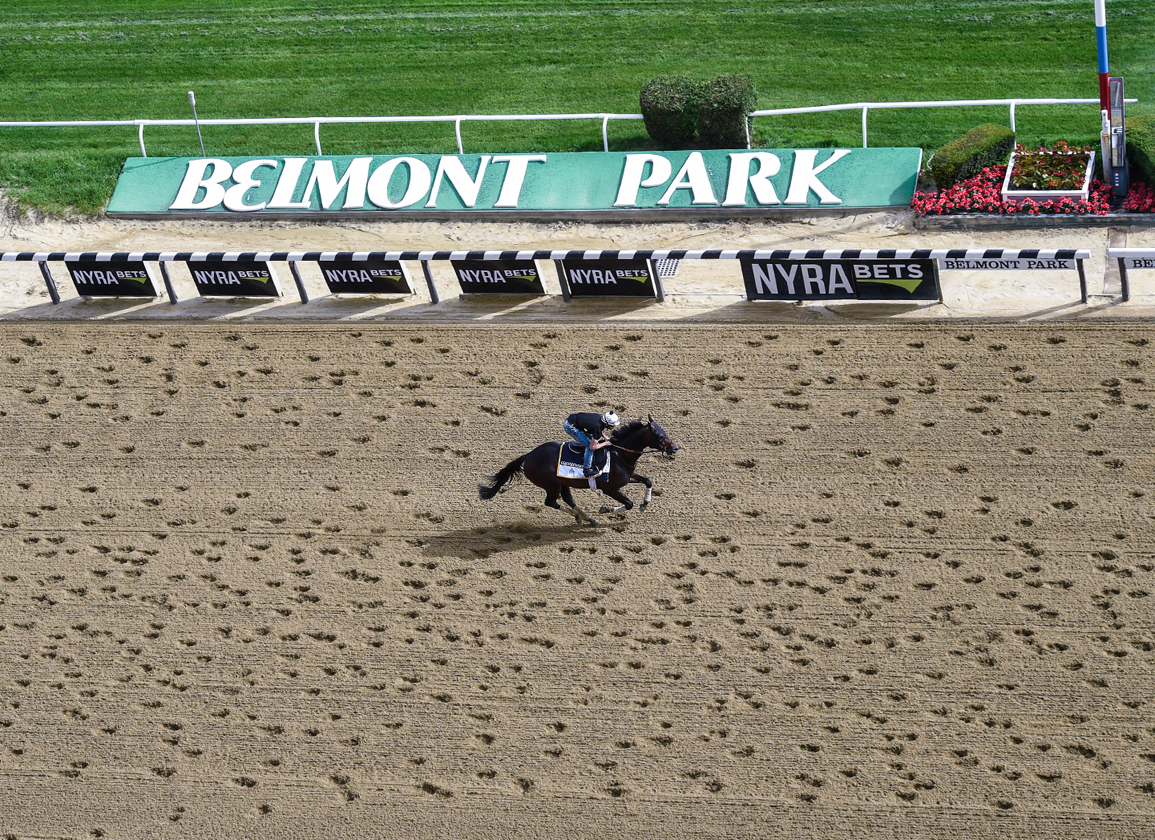 When the news was reported earlier in the week that a NYRA clocker had been charged with altering a published workout, it may have seemed at first that a significant penalty was in order. Workouts are an important part of a horse's history and gamblers must be able to have trust in their accuracy. The New York Gaming Commission is alleging that clocker Richie Gazer played around with the workout of a horse named Papi On Ice (Keen Ice) and suspended him for 30 days and fined him $2,500.  He was charged with “altering a published work of a horse to make the horse eligible to race.”

But, in this case, dig just a little bit deeper and apply just a modicum of common sense to the situation and you'll likely conclude that Gazer did nothing wrong. Unfortunately, when it comes to the Gaming Commission common sense seems to be in short supply.

Thanks to the reporting by Dave Grening in the Daily Racing Form, we know what happened. On May 1, Papi On Ice was credited with a five-furlong work in 1:04.60 over the Belmont Park training track for trainer Randi Persaud. The work was important because the horse needed to have a satisfactory workout in order to get off of NYRA's poor performance list. The poor performance list was created in 2015 and was part of an effort to increase safety at the New York tracks.

If a horse is beaten by 25 lengths or more, the stewards have the option of placing the horse on the list. On April 16, Papi On Ice was beaten 26 3/4 lengths in a maiden special weight race at Aqueduct, finishing fifth in the field of five. To get off the poor performance list, a horse must come back with a subsequent four-furlong workout in :53 seconds or better. For whatever reason, workouts longer than four furlongs do not count.

Because, by the letter of the law, Papi On Ice had not done what was needed to come off of the poor performance list, the NYRA racing office would not accept the entry when Persaud tried to get the colt into a race. The racing office had no choice because it had to adhere to the rule, even if the rule makes no sense. If a four-furlong workout is sufficient to make the horse eligible, why would a five-furlong workout not be? The longer the work, the better the gauge of a horse's fitness and their ability to be competitive in a race.

Gazer did indeed change the workout, but not the time. He changed the distance. Gazer checked with the clockers assigned to the training track and was told that during Papi On Ice's May 1 work, the horse went the first four furlongs in :51.33, fast enough to get off the list. So, knowing that only a four-furlong workout would get the horse eligible to run again, he changed the work from five furlongs to four.

Maybe Gazer should have left the workout alone. Since the May 1 work, Papi On Ice has had two four-furlong works, one coming May 11 and the next May 25. Both were faster than the :53-second criteria, meaning the horse would have found himself off of the list in short order if the May 1 distance had not been changed. Everyone involved could have just waited it out.

But he chose to change the distance and is now facing a penalty that in no way fights the “crime.” A veteran of some 40 years clocking horses on the NYRA circuit, Gazer, in no way, was trying to deceive gamblers, the racing office or anyone else. Probably, he thought that what he did was no big deal..and it wasn't. And if the rule was not so poorly conceived this never would have been an issue. At the very worst, Gazer deserved a phone call from someone at the Gaming Commission telling him not to do this again. Nothing more.

This isn't the first time we've seen head-scratching rulings or decisions from the New York Gaming Commission. This is the same commission that ruled that aspiring jockey agent and recent college graduate Philip Miller couldn't be an agent because he had no hands-on experience on the backstretch. That doesn't make any sense. You don't need to have been a trainer, a jockey or a groom to be an agent and if the same rule had been applied over the years probably half the agents working the New York tracks now would not meet the criteria to be a jockey agent. Apply a dose of common sense and that rule goes away.

Then there was the case of jockey Trevor McCarthy and his wife, Katie Davis. Thanks to a nonsensical Gaming Commission rule, when both appeared in a race the horses they were on had to be coupled in the wagering. The rule was in place to prevent married jockeys from conspiring to alter the outcomes of races, which is preposterous. The rule, widely criticized as being outdated and sexist, led to fewer betting interests in some races, costing NYRA handle. Apply a dose of common sense and that rule never would have existed in the first place.

(The New York Gaming Commission has taken steps to change the married jockey rule, but the rule remains as it has yet to clear a number of bureaucratic hurdles. A rescission of the rule is expected shortly).

There's nothing wrong with a gaming or racing commission being vigilant and going after-rule breakers. If anything, that's the type of thing the sport could use more of. But pick the right battles. Don't go after married jockeys or a clocker who merely changed a five-furlong workout to a four-furlong workout. Not everything is so black and white. Gazer has appealed his suspension, and, hopefully, once his case is heard he will be exonerated. There was no real harm here. There should be no foul.