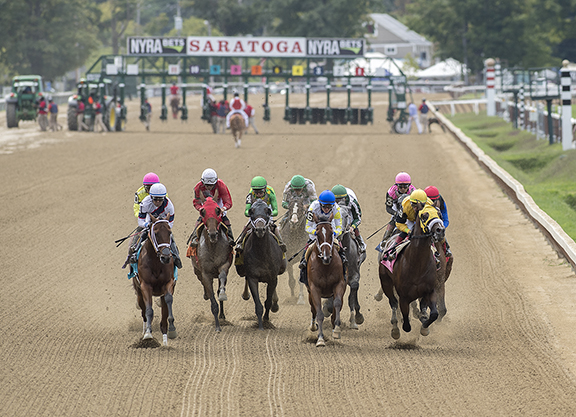 For the third consecutive meeting over a seven-month span, the New York State Gaming Commission (NYSGC) Monday again declined to take up any discussion of whip rule reform. Possible changes to whipping rules were initially brought up at the NYSGC's December 2019 meeting. Since that time, a number of other major racing jurisdictions–including California, Kentucky, Maryland and New Jersey–have all advanced changes in whip rules at the commission level that are designed to be more humane to horses.

Near the conclusion of the 14-minute teleconference meeting July 27, commissioner Peter Moschetti, who was acting as moderator at the request of chairman Barry Sample, cited the voluminous amount of material to review as the reason that the NYSGC needed more time before deliberating any changes to whipping.

“During the middle of the week, staff circulated a lengthy memorandum outlining the various national and regional changes and deliberations relative to the use of the crop,” Moschetti said. “Given the volume of the material circulated, and I think it's a rather important issue, perhaps it's best to defer substantive discussion until the August meeting, when we can get into the meat of the memorandum.”

Back in December, NYSGC staffers had been “directed to discuss the proposed California crop use proposal with the NYRA jockey colony and with other leading regulatory jurisdictions and report back at a future commission meeting.”

Despite that directive, whip use did not get brought up the next time the NYSGC met in February for a meeting that lasted six minutes.

At the May NYSGC tele-meeting, Moschetti cited “the length of today's agenda” [32 minutes] as the reason that the topic of whip rule reform had to be pushed off until the July 27 meeting.

None of the four rule-making issues that the NYSGC did act upon during Monday's meeting pertained to Thoroughbred racing.