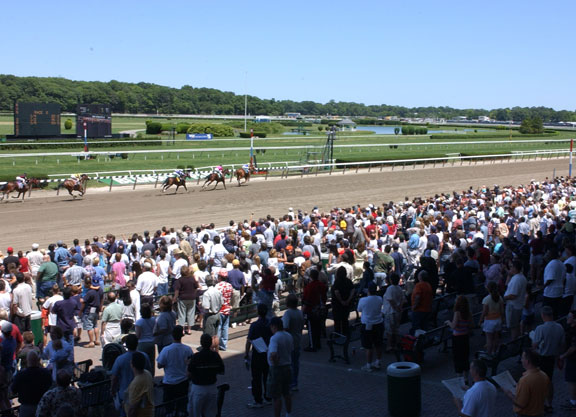 “Horse racing remains an important industry in many communities across New York, but preserving integrity in the sport is paramount to its future success,” Governor Cuomo said. “Increasing the research capability of equine drug testing, through this new state-of-the-art lab is critical to this effort and will help ensure a level playing field and consumer confidence once and for all.”

Under the present law, the State contracts for equine drug testing and research services with Morrisville Auxiliary Corporation, a not-for-profit arm of SUNY Morrisville. Previously, drug testing had been hosted at the Cornell University College of Veterinary Medicine. While the testing undertaken on behalf of the New York State Gaming Commission is considered pre-eminent in North America, the structure of equine drug test funding has limited host facilities in making capital investment into facilities and equipment.

The proposal continues the requirement that equine drug testing and research services be housed at a state college or at a land grant university. Once constructed, NYRA would be required to enter a long-term lease with the Commission, enabling their utilization of the new facility. The Commission would then be responsible for operating or contracting to operate the testing and research facility.

In 2008, NYRA received a financial assistance package in exchange for settling outstanding issues related to three racetrack properties. The package ensured a percentage of video lottery gaming revenues was provided to NYRA to be used for enhanced purses, operational support, and capital expenses.

On behalf of NYRA, spokesperson Patrick McKenna said, “The development and construction of a world-class equine medical laboratory would establish New York State as the national leader in the field of equine drug testing and research. The authorization provided in the Governor's executive budget proposal will allow NYRA to pursue the funding to design and construct a facility that will enhance the safety and integrity of the sport. NYRA tracks are the cornerstone of the State's thoroughbred racing industry, which is responsible for 19,000 jobs and more than $3 billion in annual economic impact. In that role, NYRA is committed to advancing the most modern equine drug testing and scientific research of the horse to reduce risk and ensure the continued success of the sport.

“Horse racing is an important part of the history and traditions of New York State and generates jobs and economic opportunity in nearly every county. The entire racing community applauds Governor Cuomo for his commitment to moving the sport forward.”