NY-Based BC Contenders on the Worktab Friday 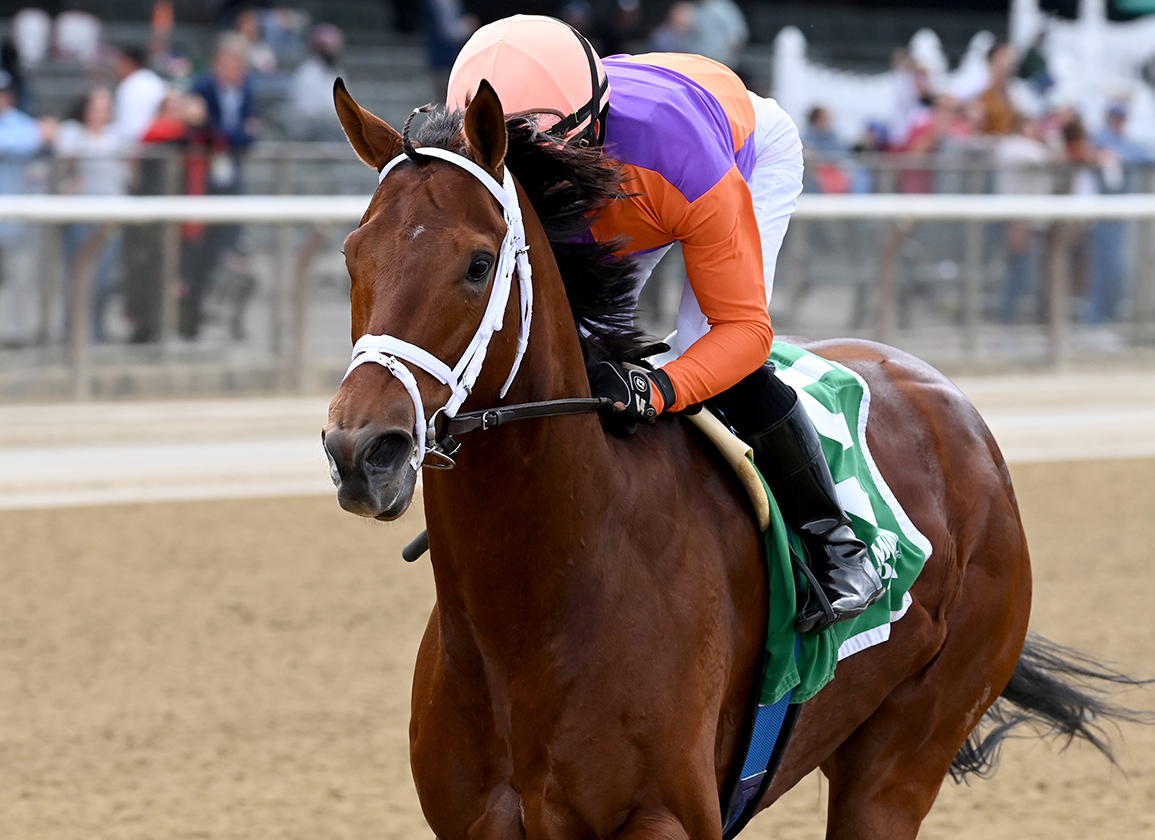 Several Breeders' Cup-bound horses breezed in New York Friday at both Belmont and Saratoga in preparation for the World Championships Nov. 5-6 at Del Mar.

A few of those hailed from the Todd Pletcher barn, including GII Vosburgh S. hero Following Sea (Runhappy), who covered a half-mile in :49.73 on the Belmont training track.

“I liked it,” Pletcher said of the breeze. “It seemed like he bounced out of the Vosburgh very well. It was a very easy breeze for him this morning. We weren't looking to do a whole lot with him this morning. I was very happy.”

The Vosburgh was a “Win and You're In” for the GI Breeders' Cup Sprint, but Pletcher said plans were still fluid.

“We wanted to see today's work and then we'll talk to the Spendthrift guys about it,” Pletcher said. “We're under no pressure to make a decision right away. We'll give him the rest of the week and continue to monitor how he's doing.”

“Typical works for them,” Pletcher said. “Life Is Good is a very impressive horse to watch breeze. It looks like he's doing everything very effortlessly and then you look down at the clock and go, 'Wow'. He was rolling right along. He did it in hand throughout.”

“He's coming off a good win,” Pletcher said of Mind Control. “He's trained with good energy like he always does. He had an impressive breeze today and I like where he's at.”

“I thought she worked great today. She's just very impressive,” Pletcher said. “She keeps going and going and gallops out super. I think the time in between races has done her well. She's put on some weight and she seems very fit and happy.”

“Everyone looked great this morning and came out of their works in good shape,” Pletcher said.

“She breezed good,” Rodriguez said. “We went head and head and then I let her finish up a little bit. It was just what I was looking for–nice and comfortable. So far, so good.”

“He looks good and he's a willing horse,” Riley Mott said. “He came out of his last race extremely well; he'll have to if he's going to run against the big boys in the Classic.”

Horologist, most recently second in the GII Beldame S., finished ninth in last year's Distaff at Keeneland. She breezed a half-mile in 47.84 Friday over the Oklahoma dirt training track.

“She ran second last time and is in with an outside chance,” Mott said. “I was talking to my dad the other day and we have won three Distaffs after having finished second in the Beldame. So that's a good omen.”

“He's doing well. He's one of the ones that will have to regain his form from last year to be competitive. [The Breeders' Cup] is still the plan,” Mott said.

War Like Goddess, winner of four straight graded events with the most recent being the GI Flower Bowl S., prepped for the GI Breeders' Cup F/M Turf with a five-panel move in 1:02.55 Friday over the Oklahoma training turf.

“She's doing great and we are very excited about her,” Mott said. “She'll be a top three horse in her race, and deservedly so. She's had a great year.”

Casa Creed earned a berth to the five-furlong GI Breeders' Cup Turf Sprint with a win in the GI1 Jackpocket Jaipur S. in June at Belmont, but is targeting a return engagement in the GI Breeders' Cup Mile.He breezed five furlongs in 1:02.55 Friday on the Oklahoma training turf.