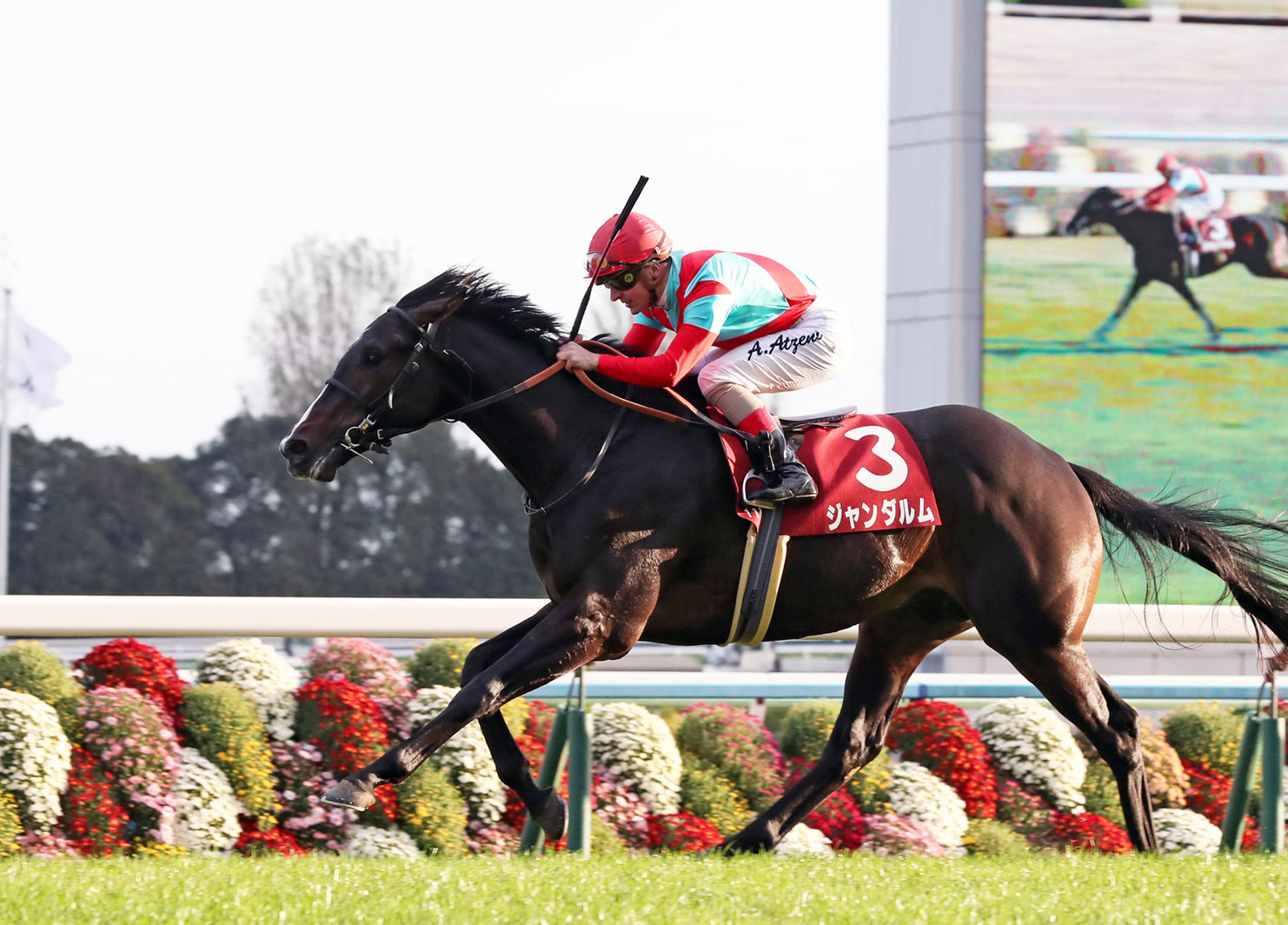 In this continuing series, we take a look ahead at US-bred and/or conceived runners entered for the upcoming weekend at the tracks on the Japan Racing Association circuit, with a focus on pedigree and/or performance in the sales ring. Here are the horses of interest for this weekend running at Chukyo Racecourse:

Sunday, September 12, 2021
11th-CKO, Centaur S.-G2, ¥112.8k ($1.03m), 3yo/up, 1200mT
GENDARME (h, 6, Kitten's Joy–Believe {Jpn}, by Sunday Silence), a Group 3 winner as a juvenile over a mile and Group 1-placed at 10 furlongs, has been reinvented as a turf sprinter and has adapted well to it, finishing third in the 1400-meter G3 Hankyu Hai this past February before earning a fourth career black-type success in a listed event over six panels in April. Koji Maeda's homebred is a son of champion Believe, the dam of SW & MGSP Faridat (Kingmambo) and of SW/GSP Fiducia (Medaglia d'Oro), whose son Gran Aplauso (Gun Runner) was a debut winner in June but is now sidelined via injury. The Centaur S. serves as a prep for the G1 Sprinters' S. B-North Hills Co Ltd (KY)