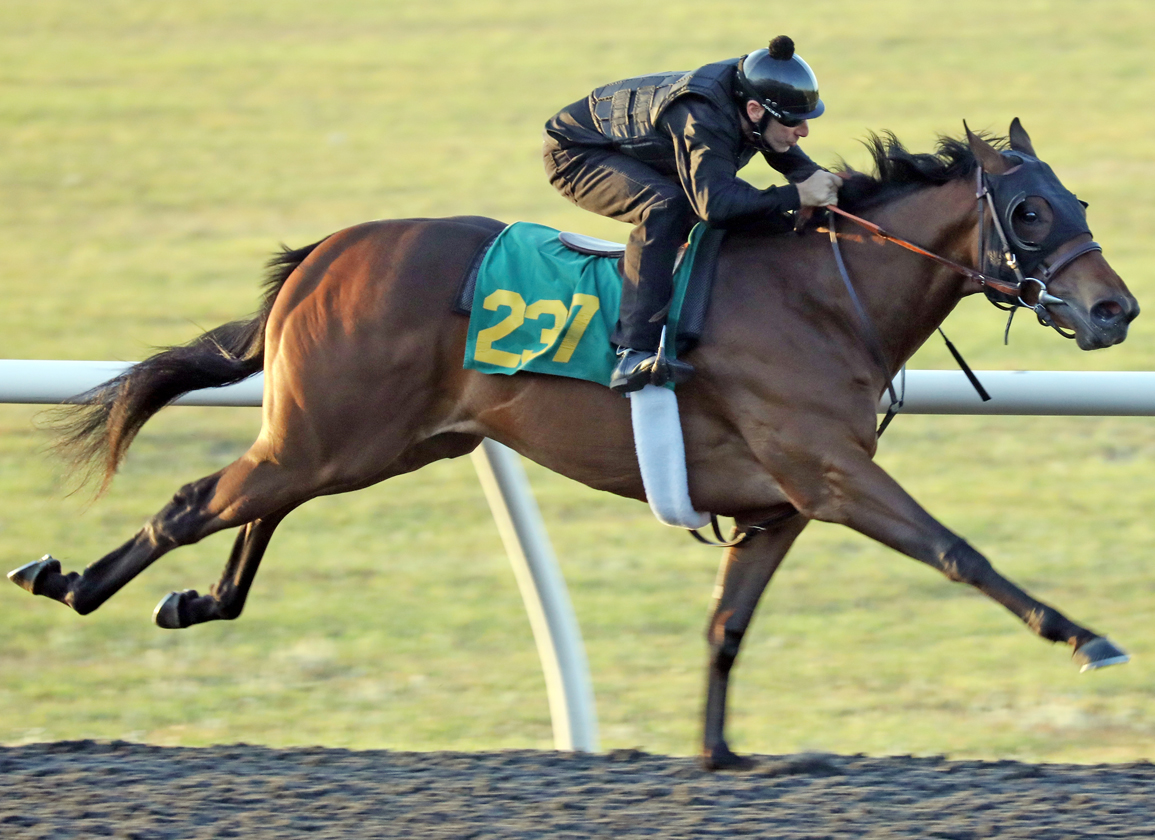 In this continuing series, we take a look ahead at US-bred and/or conceived runners entered for the upcoming weekend at the tracks on the Japan Racing Association circuit, with a focus on pedigree and/or performance in the sales ring. Here are the horses of interest for this weekend running at Kokura and Sapporo Racecourses:

Saturday, August 14, 2021
9th-KOK, ¥30,720,000 ($278k), Allowance, 2yo, 1200mT
DUGAT (c, 2, Practical Joke–Untraveled, by Canadian Frontier) takes on winners in this first trip to the races. The Mar. 31 foal is the first produce for his multiple stakes-placed dam, a half-sister to SW Artesian (Siphon {Brz}) and hailing from the family of German highweight GSW/MG1SP Green Perfume (Naevus) and GSW Salty Perfume (Salt Lake). Dugat was knocked down to trainer Hideyuki Mori, noted for his work with American-bred gallopers, for $190K at OBS March after breezing an eighth of a mile in :9 4/5. Yutaka Take has been booked to ride. B-Erv Woolsey & Ralph Kinder (KY)

Sunday, August 15, 2021
1st-SAP, ¥9,680,000 ($88k), Maiden, 2yo, 1200mT
ELECTRO WORLD (f, 2, Into Mischief–Ava Pie, by Distorted Humor) faces the starter for the second time, having finished a debut sixth to 'TDN Rising Star' Command Line (Jpn) (Deep Impact {Jpn}) in a newcomers' event over a mile at Tokyo June 5. A $385K graduate of last year's Keeneland September sale, the full-sister to MSW & MGSP Sound Machine and half to SW & GSP Forever Liesl (Mineshaft) shortens up in distance this time around. Ava Pie is a daughter of MGSW Lakenheath (Colonial Affair), the dam of SW & GISP The Truth or Else (Yes It's True) and GSW Decorated Soldier (Proud Citizen). B-Farm 3 Enterprses (KY)

10th-SAP, ¥20,160,000 ($183k), Allowance, 3yo/up, 1800mT
RUSSIAN SAMOVAR (f, 3, America Pharoah–Megalicious, by Songandaprayer) graduated narrowly at first asking on the dirt at Kyoto last October (video, gate 8), but was well down the field trying winners for the first time the following month and makes her first start since. A half-sister to MGSP My Sweet Stella (Eskendereya), the bay filly is out of a half-sister to MSW & MGP Abbondanza (Alphabet Soup). A $70K KEENOV weanling and $165K KEESEP yearling, Russian Samovar blossomed into a $650K OBSMAR purchase after clocking an eighth of a mile in the bullet time of :20 2/5. B-Zayat Stables LLC (KY)