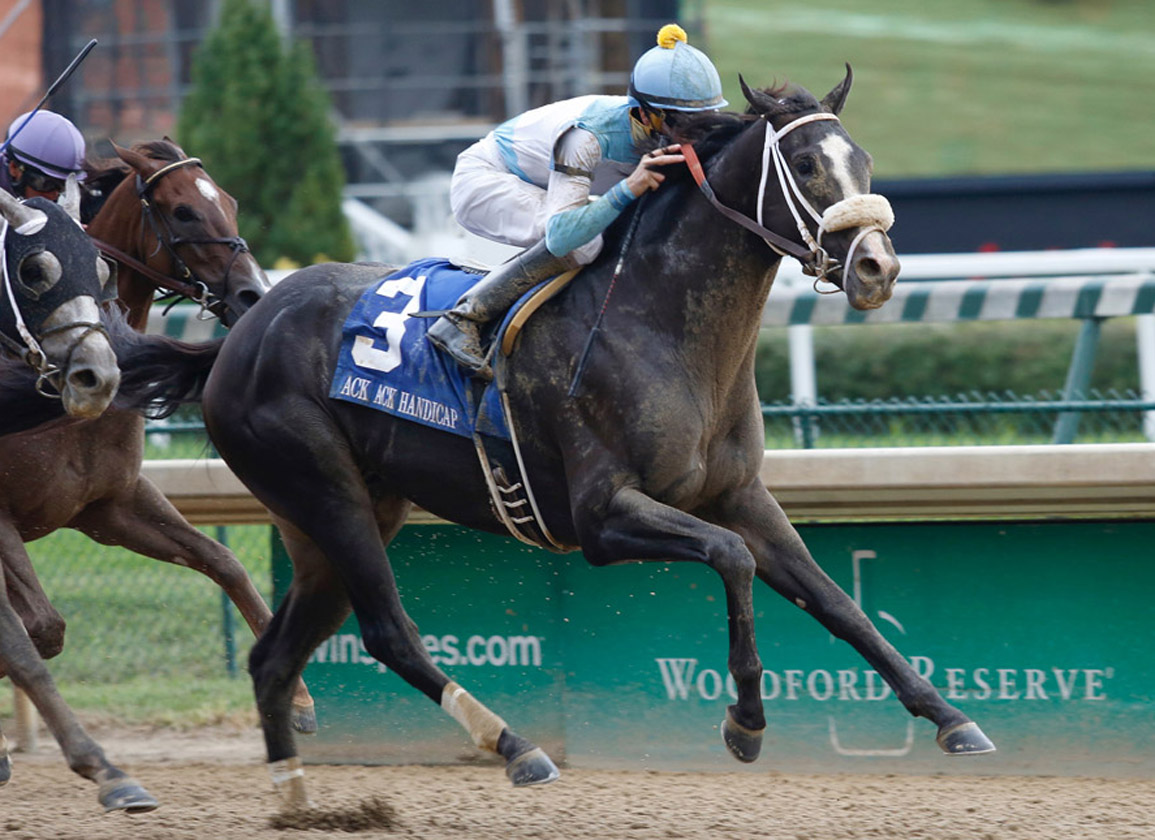 In this continuing series, we take a look ahead at US-bred and/or conceived runners entered for the upcoming weekend at the tracks on the Japan Racing Association circuit, with a focus on pedigree and/or performance in the sales ring. Here are the horses of interest for this weekend running at Nakayama and Hanshin Racecourses, the latter of which plays host to the first of this year's Japanese Classics–the G1 Oka Sho (Japanese 1000 Guineas) over 1600 meters:

Saturday, April 9, 2022
11th-NKY, New Zealand Trophy-G2, ¥103.5m ($835k), 3yo, 1mT
JEAN GROS (c, 3, More Than Ready–Goodbye Stranger, by Broad Brush), a $130K Keeneland September buyback turned $265K OBS March breezer, has won three of his seven trips to the post, his last two over the metric six furlongs, including record-setting success at Chukyo in December and an impressive victory in the Listed Marguerite S. at this venue Feb. 27. (see below, SC 7). Blackstone Farm acquired Goodbye Stranger carrying the foal that would become MGSW & GISP Tom's Ready for $40K at Keeneland January in 2013. The mare was resold to Nursery Place for $120 with this foal in utero at KEEJAN in 2019. Jean Gros stretches back out to a mile for this first attempt at group level. B-Nursery Place & Partners (KY)

Sunday, April 10, 2022
4th-HSN, ¥9,900,000 ($80k), Maiden, 3yo, 1400mT
MOZU BONHEUR (f, 3, Street Sense–Endless Chatter, by First Samurai) was well-beaten on debut over the dirt at Chukyo last Decembeer, but showed some improvement when tried over a nine-furlong trip on the grass at this track 17 days later. A $200K KEESEP yearling, the Apr. 7 foal is out of Endless Chatter, who carried the silks of this breeder to a victory in the Summer Colony S. at Saratoga and a third placing in the GI Beldame S. in 2014. Endless Chatter, who drops back to seven furlongs here, is a daughter of Ornate (A.P. Indy), a full-sister to Claiborne's outstanding late sire Pulpit who is also the dam of SW & G1SP Whitecliffsofdover (War Front). B-Alpha Delta Stables LLC (KY)