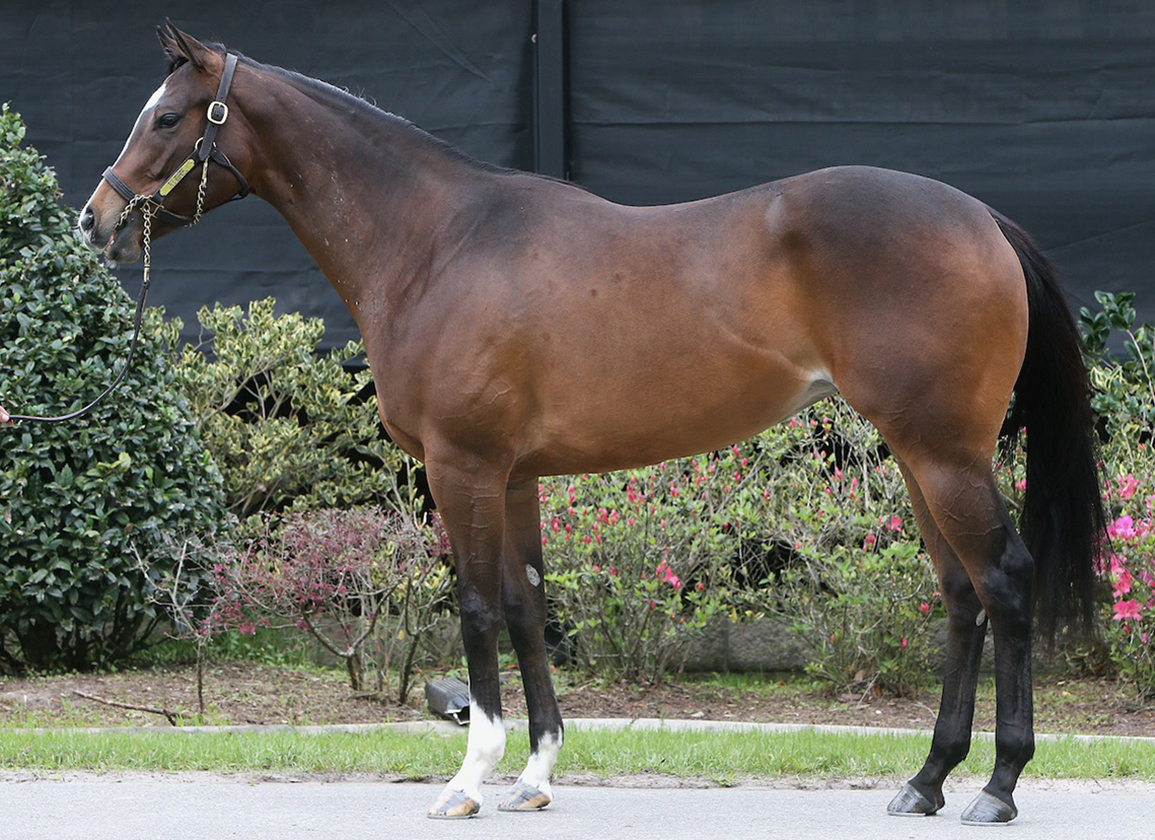 In this continuing series, we take a look ahead at US-bred and/or conceived runners entered for the upcoming weekend at the tracks on the Japan Racing Association circuit, with a focus on pedigree and/or performance in the sales ring. Here are the horses of interest for this weekend running at Chukyo and Nakayama Racecourses. A trio of American-bred runners takes their place in a field of 18 for Sunday's Sprinters' S. at the latter venue as Group 1 racing returns to Japan for the first time since late June:

Saturday, October 2, 2021
9th-NKY, ¥30,400,000 ($271k), Allowance, 2yo, 2000mT
BEYOND THE FATHER (JPN) (c, 2, Curlin–Galileo's Song {Ire}, by Galileo {Ire}) is the first foal from his multiple Grade III-placed dam, a $1-million purchase by Shimokobe Farm with this colt in utero at Keeneland November in 2018. Galileo's Song is a half-sister to Magnificent Song (Unbridled's Song), who came from 11th and last to validate favoritism in the 2006 GI Garden City Breeders' Cup S. on the grass at Belmont Park. Beyond the Father debuted with a five-length victory on the dirt at Niigata Aug. 7 (see below, gate 7), but tries the turf this time around. Mirco Demuro has a return call. B-Shimokobe Farm

Sunday, October 3, 2021
2nd-NKY, ¥9,680,000 ($86k), Maiden, 2yo, 1600mT
SEA VIXEN (f, 2, Into Mischief–Sly Warrior, by First Samurai) has burned money as the favorite in her first two trips to the races, each over the metric seven furlongs, finishing a debut third at Sapporo Aug. 22 before improving one spot at that track Sept. 5. A $130,000 KEESEP yearling turned $500,000 OBS March breezer, the bay is out of a half-sister to MSP Pull Dancer (Pulpit), the dam of the versatile MGSW & MGISP Good Samaritan (Harlan's Holiday) and GSW Brave Nation (Pioneerof the Nile). The filly's third dam Emmaus (Silver Deputy), a half-sister to Caress (Storm Cat) and Bernstein (Storm Cat) et. al., produced Horse of the Year Wise Dan's sire Wiseman's Ferry (Hennessy). Breeze Easy acquired the filly's dam for $50,000 in foal to Kitten's Joy at Fasig-Tipton November in 2017. B-Breeze Easy LLC (KY)