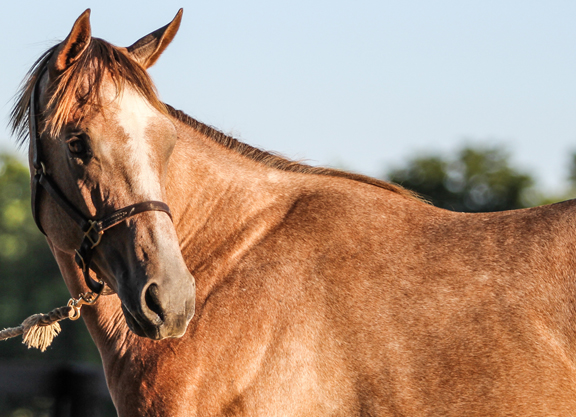 In this continuing series, we take a look ahead at US-bred and/or conceived runners entered for the upcoming weekend at the tracks on the Japan Racing Association circuit, with a focus on pedigree and/or performance in the sales ring. Here are the horses of interest for this Saturday, with all the US-bred and -sired activity confined to Tokyo Racecourse:

6th-TOK, ¥13,400,000 ($129k), Newcomers, 2yo, 1300m
SATONO MUSTANG (c, 2, Mineshaft–Mare and Cher, by Old Fashioned), a $25K KEESEP acquisition, worked :10 flat from essentially a standing start and was hammered down for $150K at OBS March this past winter. A half-brother to SW Cruise and Danz (Street Boss), the dark bay is out of a half-sister to SW & GSP Fight On (Into Mischief) and his third dam includes MGSW Royal Haven (Hail Emperor) and GSW & GISP Belterra (Unbridled). Sheave (Mineshaft), a daughter of the latter, was responsible for GI Kentucky Oaks winner Cathryn Sophia (Street Boss). B-Haymarket Farm LLC (KY)

11th-TOK, Keio Hai Nisai S.-G2, ¥72m ($696k), 2yo, 1400mT
REFRAME (f, 2, American Pharoah–Careless Jewel, by Tapit) carries a mark of two-for-two and returns on just 13 days' rest for her stakes debut Saturday. The $410K KEESEP yearling remarkably won her first career start July 25 despite drifting all the way to the outside, was given intensive retraining in the meantime, and resumed with an eye-catching five-length allowance success over this course and distance Oct. 25 (see below, gate 6). The daughter of the pensioned GI Alabama S. winner Careless Jewel is one of five fillies in the field of 18. B-Summer Wind Equine LLC (KY)