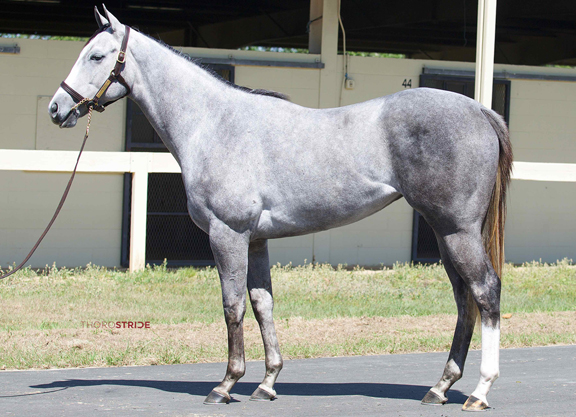 In this continuing series, we take a look ahead at US-bred and/or conceived runners entered for the upcoming weekend at the tracks on the Japan Racing Association circuit, with a focus on pedigree and/or performance in the sales ring. Here are the horses of interest for Saturday running at Tokyo and Hanshin Racecourses. Dual surface Group 1 winner Mozu Ascot (Frankel {GB}) goes around in Saturday's G3 Musashino S. at headquarters, while at Hanshin, debut winner Super Wooper (Overanalyze) tries stakes company off a debut victory last month. Sunday's horses of note will appear in Saturday's TDN:

Saturday, November 14, 2020
2nd-HSN, ¥9,680,000 ($92k), Maiden, 2yo, 1800m
AMERICAN MACH (c, 2, Kitten's Joy–Cat On a Hot Tin Roof, by Catienus), a $310K Keeneland September grad, turned in a respectable fifth-place effort in a 1400-meter newcomers' test on turf at Niigata Sept. 5, but tries a dirt route this time. A full-brother to SW Sniper Kitten, the March foal is out of a full-sister to Cannonball, MSW & GSP in this country, second in a G1 Golden Jubilee S. at Royal Ascot and placed in Australian Group 3 company. American Mach is bred on the same cross as champion Stephanie's Kitten. B-Kenneth L & Sarah K Ramsey (KY)