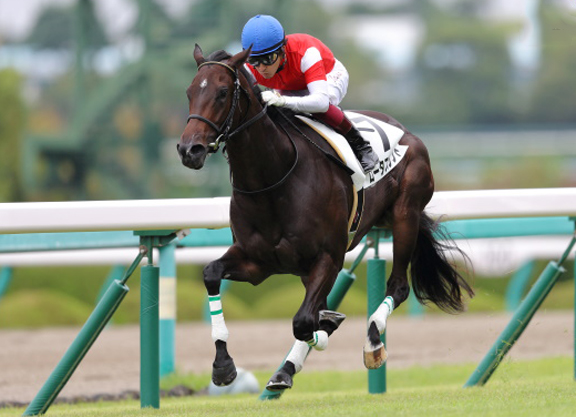 In this continuing series, we take a look ahead at US-bred and/or conceived runners entered for the upcoming weekend at the tracks on the Japan Racing Association circuit, with a focus on pedigree and/or performance in the sales ring. Here are the horses of interest for this weekend running at Kyoto, Niigata and Tokyo Racecourses. The latter venue hosts the G1 Yushun Himba (Japanese Oaks) Sunday, and while there are no US-bred runners, among the field of 18 are daughters of GI Breeders' Cup Juvenile Fillies heroine Ria Antonia (Rockport Harbor) and GI Ballerina S. romper Hilda's Passion (Canadian Frontier), dam of MGISW Yoshida (Jpn) (Heart's Cry {Ire}):

Saturday, May 23, 2020
2nd-TOK, ¥9,680,000 ($90k), Maiden, 3yo, 1400m
DYLAN'S SONG (c, 3, Summer Front–Poetic Riches, by Songandaprayer) makes his second career trip to the races and should start a warm favorite off a debut second Jan. 12 in which he was trapped out five and six deep for the entirety of the six-furlong trip and missed by a half-length (video, gate 13). Produced by a half-sister to MGSP Hard Seven (Rock Hard Ten), the late April foal was a $47K Keeneland January short yearling, was bought back for $75K at KEESEP and fetched $130K after breezing :10 1/5 at last year's OBS March Sale. B-Erin Knehr & Catalyst Bloodstock (KY)

Sunday, May 24, 2020
4th-KYO, ¥9,680,000 ($90k), Maiden, 3yo, 1600mT
SMART COLZA (f, 3, Speightstown-Pianist, by More Than Ready), a $60K KEESEP acquisition, placed third from three tries on the dirt to begin her career, but gets a surface switch and a bit more distance for this attempt. She is liable to handle it, as her dam was twice a Grade III winner on the grass for Paul Pompa, Jr. and trainer Chad Brown and is a half-sister to Sunday Sonnet (Any Given Saturday), multiple stakes placed on turf. Stonestreet purchased Pianist for $425K at Fasig-Tipton November in 2014. B-Stonestreet Thoroughbred Holdings LLC (KY)

10th-KYO, Hosu S.-Listed ,¥36,200,000 ($336k), 3yo, 1800m
DANON PHARAOH (JPN) (c, 3, American Pharoah–Crisp, by El Corredor) broke his maiden at second asking last November, cleared his first allowance condition this past February and became one his sire's 17 stakes horses to date with a latest runner-up effort in the Listed Hyogo Championship at Sonoda May 6 (video, gate 10). The colt's GI Santa Anita Oaks-winning dam was acquired carrying this colt in utero for $350K at KEENOV in 2016 and Danon Pharaoh brought ¥180 million (about $1.6 million) as a yearling at the 2018 JRHA Select Sales. B-Northern Racing