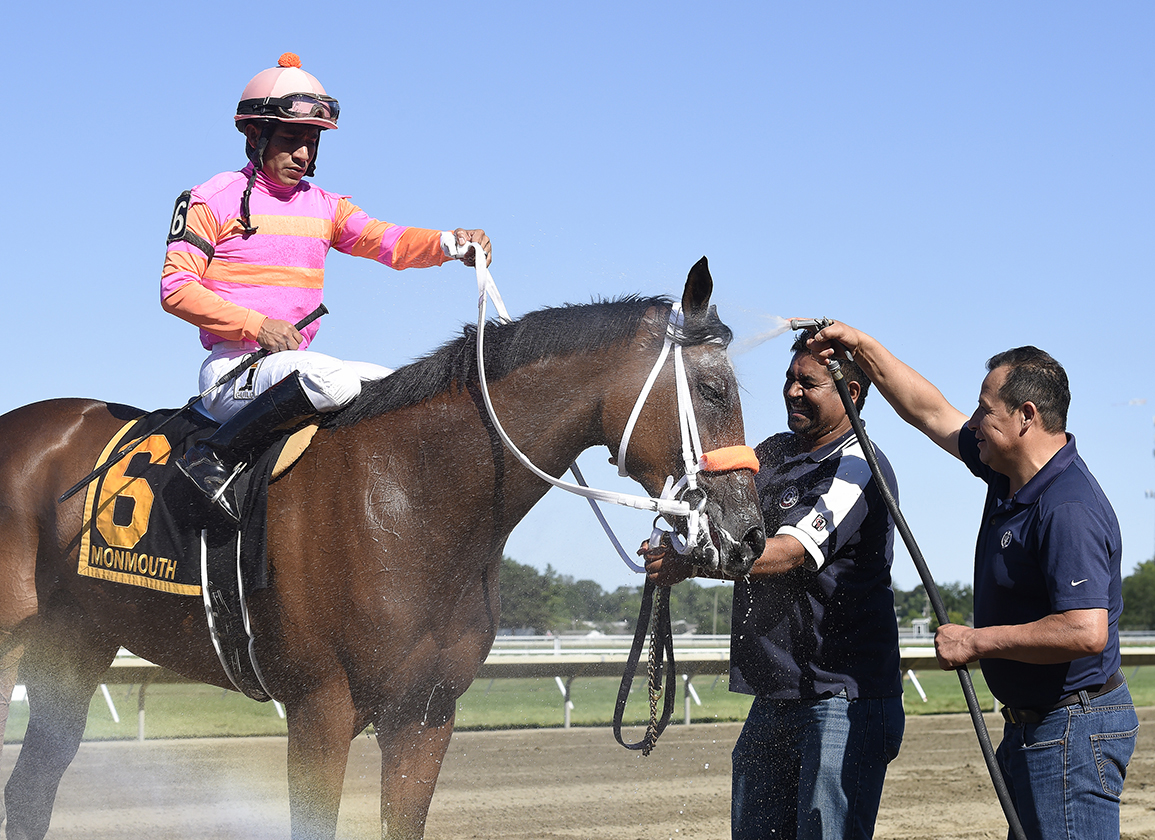 Saturday, January 15, 2022
4th-CKO, ¥11,400,000 ($100k), Newcomers, 3yo, 1400m
ELUCIDATOR (c, 3, Hard Spun–Empire City {Jpn}, by Empire Maker) is out of an unraced half-sister to the outstanding dual Group 1-winning Japanese dirt horse Espoir City (Jpn) (Gold Allure {Jpn}), who was purchased by Hakurei Farm's Akira Katayama for $300K in foal to American Pharoah at Keeneland November in 2017. This early April produce is bred on the same cross as GI Met Mile hero and new Claiborne stallion Silver State and on a similar cross to GISW Smooth Roller. Empire City has since been repatriated to Japan. B-Hakurei Farm (KY)

7th-NKY, ¥14,670,000 ($129k), Allowance, 4yo/up, 1200m
SCATTER SEED (JPN) (f, 4, Uncle Mo–Scatladybdancing, by Scat Daddy) made two trips to the post last term over this trip at Niigata, a near-miss second July 24 before graduating when last seen Aug. 7. Haruya Yoshida acquired the filly's Illinois-bred stakes-placed dam, a full-sister to SW Ultima D, for $390K with this foal in utero at KEENOV in 2017. Scatter Seed's yeay-younger half-brother Hearts As One (Jpn) (Heart's Cry {Jpn}), second on debut Dec. 28, goes in a Saturday maiden over 2000 meters on turf at Kokura. This is also the deeper family of top young sire No Nay Never (Scat Daddy). B-Oiwake Farm