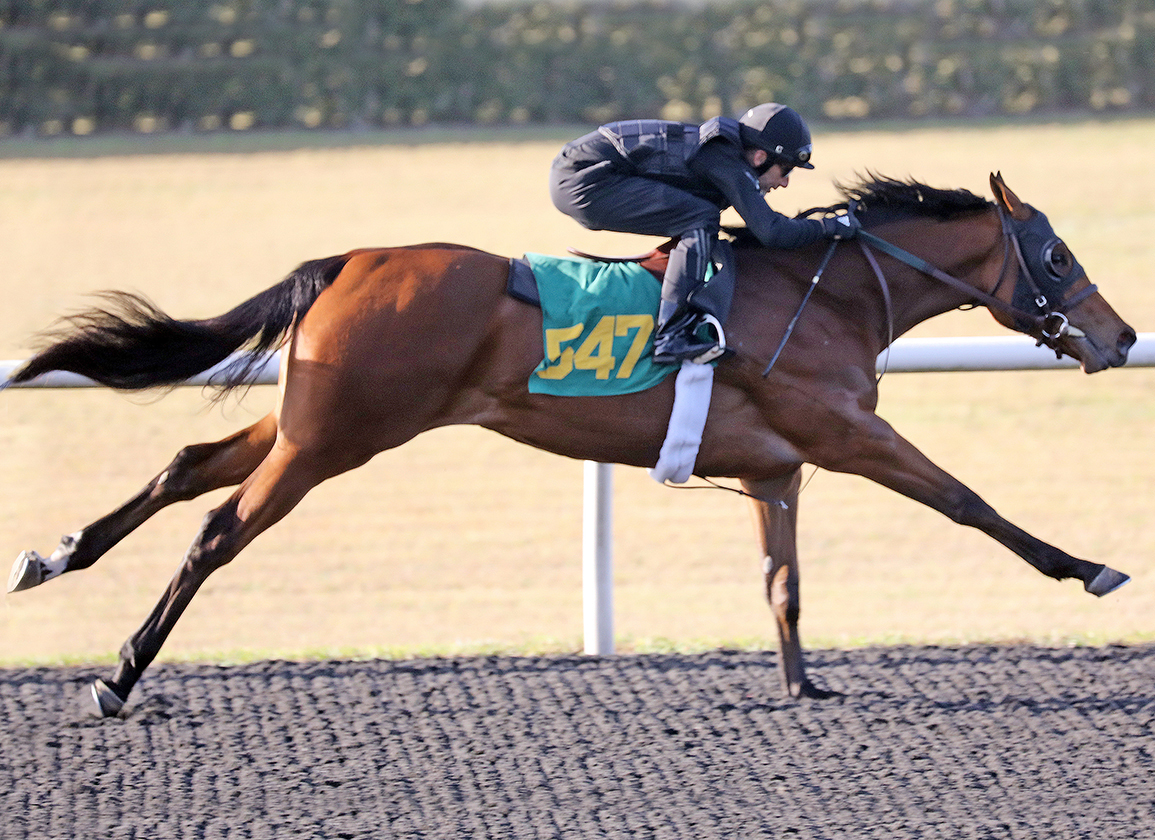 In this continuing series, we take a look ahead at US-bred and/or conceived runners entered for the upcoming weekend at the tracks on the Japan Racing Association circuit, with a focus on pedigree and/or performance in the sales ring. Here are the horses of interest for this weekend running at Niigata, Tokyo and Hanshin Racecourses. The last mentioned is the site of Sunday's G1 Shuka Sho, featuring G1 Oka Sho (1600mT) heroine Sodashi (Jpn) (Kurofune) against Uberleben (Jpn) (Gold Ship {Jpn}), the G1 Yushun Himba (2400mT) winner, squaring off over the metric 10 furlongs:

Saturday, October 16, 2021
5th-NII, ¥13,400,000 ($118k), Newcomers, 2yo, 1800m
TOSEN EL DORADO (c, 2, Candy Ride {Arg}–Almudena {Per}, by Silver Planet {Arg}) is out of a winner of the G1 Polla de Potrancas (Peruvian 1000 Guineas) who produced US-bred Peruvian champion grass horse More Than Words (More Than Ready) and champion 3-year-old filly and fellow Potrancas victress Cascanueces (Smart Strike). Almudena, the broodmare of the year in Peru for 2017, was acquired privately by this breeder in 2018 and foaled this colt in April 2019 before being exported to Japan. B-Mr Takaya Shimakawa (KY)

Sunday, October 17, 2021
4th-TOK, ¥13,400,000 ($118k), Newcomers, 2yo, 1300m
MOODY NILE (f, 2, American Pharoah–Henny Jenney, by Henny Hughes) realized $200K as a Keeneland September yearling last fall, but breezed a quarter-mile in the bullet time of :20 4/5 at OBS March over the winter and was knocked down for $600K, the priciest of her Triple Crown-winning sire's 20 juveniles to sell (22 ring) this year and second most-expensive purchase out of the sale. The Apr. 1 foal is the second from her MSW/GSP dam, a half-sister to MSW & GISP Zeewat (Harlan's Holiday) and SP I'm Wanted (Posse), who is also responsible for Moody Nile's year-older full-brother Primary Colors, a debut third at Belmont this past June. B-Camas Park Stud (KY)

5th-TOK, ¥13,400,000 ($118k), Newcomers, 2yo, 1400mT
CANDY DRIVE (c, 2, Candy Ride {Arg}–Supreme, by Empire Maker), a half-brother to GI Hill 'n' Dale Metropolitan H. hero and future Claiborne stallion Silver State (Hard Spun), was led out unsold on a bid of $95,000 at KEESEP last fall, but improved dramatically and realized a final bid of $500K at OBSMAR after working an eighth of a mile in a smooth :10 flat. Barbara Banke's Stonestreet Thoroughbred Holdings went to $800K for the SW & GSP Supreme in foal to Giant's Causeway at KEEJAN in 2013. The mare is out of Mon Belle (Maria's Mon), whose full-brother Monarchos won the 2001 GI Kentucky Derby. B-Stonestreet Thoroughbred Holdings (KY)