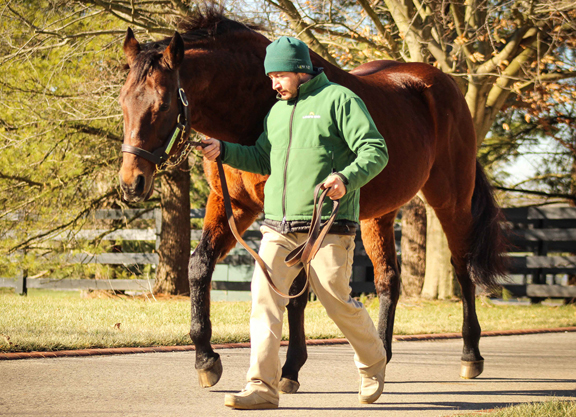 In this continuing series, we take a look ahead at US-bred and/or conceived runners entered for the upcoming weekend at the tracks on the Japan Racing Association circuit, with a focus on pedigree and/or performance in the sales ring. Here are the horses of interest for this weekend running at Hanshin and Tokyo Racecourses. Headquarters plays host to a G1 Japan Cup for the ages with Almond Eye (Jpn) (Lord Kanaloa {Jpn}) against undefeated Triple Crown winners Contrail (Jpn) (Deep Impact {Jpn}) and Daring Tact (Jpn) (Epiphaneia {Jpn}) Sunday, and the first race on the Japan Road to the Kentucky Derby, the Cattleya S. (allowance), Saturday:

Sunday, November 29, 2020
6th-HSN, ¥13,400,000 ($128k), Newcomers, 2yo, 1400mT
PREFERRED RUN (f, 2, Mshawish–Little Miss Muffet, by Scat Daddy) is set to become the fourth foal to race from her dam, a half-sister to MSP Emma Darling (Hennessy) who has also accounted for connections' Lotus Land (Point of Entry), a debut winner at two who ran future G1SW Lauda Sion (Jpn) (Real Impact {Jpn}) to a neck in her second career start and just missed when last seen on the track in May. This is the extended female family of US champion juvenile colt Brocco (Kris S.). B-Winchester Farm