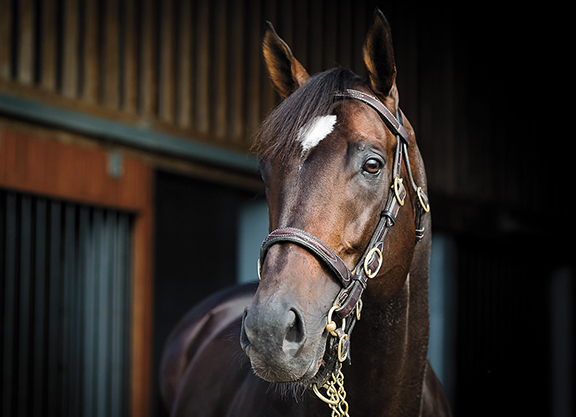 In this continuing series, we take a look ahead at US-bred and/or conceived runners entered for the upcoming weekend at the tracks on the Japan Racing Association circuit, with a focus on pedigree and/or performance in the sales ring. Here are the horses of interest for this coming Sunday and Monday running at Nakayama and Kyoto Racecourses:

Sunday, January 12, 2020
1st-NKY, ¥9,680,000 ($88k), Maiden, 3yo, 1200m
DETROIT TESORO (f, 3, Speightstown–Bella Traviata, by Indian Charlie) ran with credit to be third, each time at less than 4-1, in seven-furlong turf events at Tokyo in October and at Chukyo last month. She cuts back a bit in trip and should take to the dirt on pedigree, as her stakes-placed dam is a half-sister to Afleet Deceit (Northern Afleet), herself a black-type winner and three times graded placed on the main track. A $190K buyback at the 2018 Fasig-Tipton Saratoga sale, she RNAd for $127K at FTKOCT and improved into a $375K FTFMAR breezer last year. B-Blackstone Farm (PA)

4th-KYO, ¥11,400,000 ($104k), Newcomers, 3yo, 1200m
DYLAN’S SONG (c, 3, Summer Front–Poetic Riches, by Songandaprayer), bought back on a bid of $75K at KEESEP in 2018, then was knocked down to Katsumi Yoshida for $130K at OBS March last year (:10 1/5), the second most expensive of his sire (by War Front)’s first-crop juveniles sold in the U.S. in 2019 and fourth-highest overall. Dylan’s Song, out of a half to MGSP Hard Seven (Rock Hard Ten), gets the debut endorsement from Christophe Lemaire and goes out for the Silk Racing syndicate that campaigns 2018 Japanese Horse of the Year Almond Eye (Jpn) (Lord Kanaloa {Jpn}) among many other successful runners. B-Erin Knehr & Catalyst Bloodstock (KY)