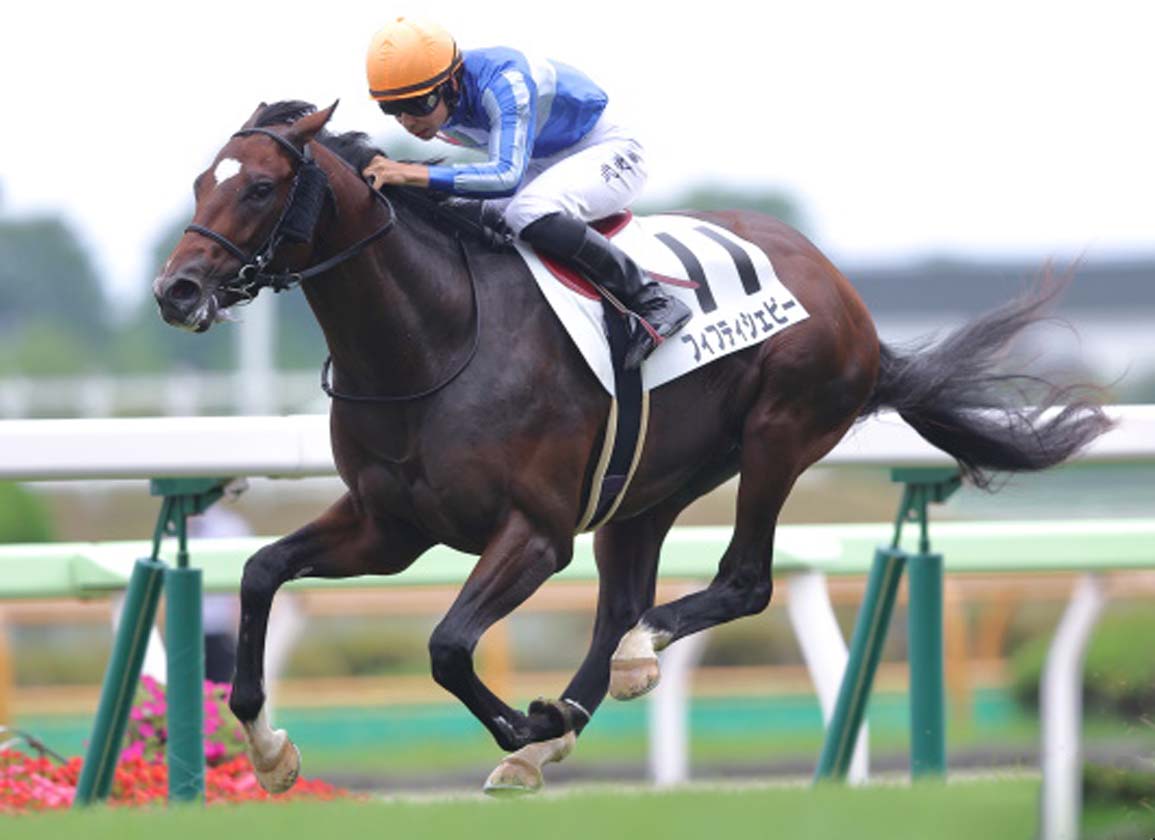 Fifty Chevy switches to the dirt for the first time | jbis.jp

In this continuing series, we take a look ahead at US-bred and/or conceived runners entered for the upcoming weekend at the tracks on the Japan Racing Association circuit, with a focus on pedigree and/or performance in the sales ring. Here are the horses of interest for this weekend running at Chukyo, Nakayama and Hanshin Racecourses. With the season winding down, this year's 2-year-old crop get their crack at Group 1 glory beginning with this weekend's Hanshin Juvenile Fillies. The boys get their chance in next Sunday's Asahi Hai Futurity:

Sunday, December, 12, 2021
6th-HSN, ¥13,830,000 ($122k), Allowance, 2yo, 1200m
CLOS DE MESNIL (f, 2, Practical Joke–Valiant Emilia {Per}, by Pegasus Wind) topped this year's OBS March sale on trainer Hideyuki Mori's $750K bid and she began to chip away at that investment with a hard-fought debut success over this course and trip Nov. 7 (see below, SC 7). She most recently set the pace in the Nov. 27 Cattleya S. at Tokyo, but dropped away in the final stages and cuts back to her winning distance for this. Clos de Mesnil hails from the female family of GII Tampa Bay Derby upsetter Helium (Ironicus). B-Teneri Farm (KY)

7th-NKY, ¥13,830,000 ($122k), Allowance, 2yo, 1800m
FIFTY CHEVY (c, 2, Tapit–Stopchargingmaria, by Tale of the Cat), an $825K KEESEP purchase, won his maiden at second asking over 1800 meters (video, SC 11) and was an allowance third going that same distance next time out before finishing fifth at 10 furlongs when last seen Sept. 25. He tries the dirt for the first time here and is a candidate to handle it, as his dam counted the 2015 GI Breeders' Cup Distaff among her three top-level scores. Stopchargingmaria was acquired by Mandy Pope's Whisper Hill Farm for $4.4 million with this colt in utero at Fasig-Tipton November in 2018. B-Three Chimneys Farm LLC & Whisper Hill Farm LLC (KY)

12th-HSN, ¥28,600,000 ($252k), Allowance, 3yo/up, 1400m
LEMON POP (c, 3, Lemon Drop Kid–Unreachable, by Giant's Causeway) was a good-looking winner of his career debut going 6 1/2 furlongs at Tokyo last November and went missing off a strong victory in the Cattleya S. at headquarters three weeks later (video, SC 1). A $70K purchase out of the 2019 KEESEP sale, the chestnut is out of an unplaced daughter of MGSW Harpia (Danzig), a full-sister to the legendary and prolific Danehill and to the talented Eagle Eyed. B-Mr & Mrs Oliver S Tait (KY)