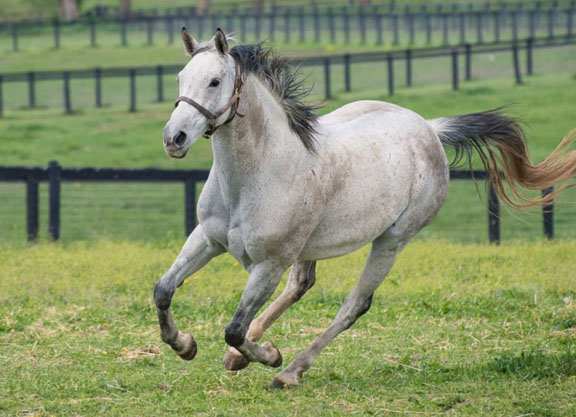 In this continuing series, we take a look ahead at US-bred and/or conceived runners entered for the upcoming weekend at the tracks on the Japan Racing Association circuit, with a focus on pedigree and/or performance in the sales ring. Here are a pair of American-bred horses each making its career in separate races Sunday at Kokura Racecourse:

Sunday, August 30, 2020
4th-KOK, ¥9,680,000 ($91k), Maiden, 3yo, 1200mT
SEIUN MORI (c, 3, Speightstown–Bryan's Jewel, by Rockport Harbor) is the second foal to make the races from his dam, odds-on winner of the 2013 GIII Obeah S. and later sold for $580K with this foal in utero at the Keeneland November Breeding Stock sale in 2016. Seiun Mori fetched $225K as a KEESEP yearling in 2018, while his year-younger half-brother–now named Aviano (Medaglia d'Oro) and up to three furlongs at Belmont Park–was purchased by Eclipse Thoroughbred Partners for $775K at Fasig-Tipton Saratoga last summer. Timber Town consigns Seiun Mori's yearling full-brother as hip 518 next month at Keeneland. B-Timber Town Stable & Jane Winegardner (KY)