Not This Time Colt Runs Away With Runyon 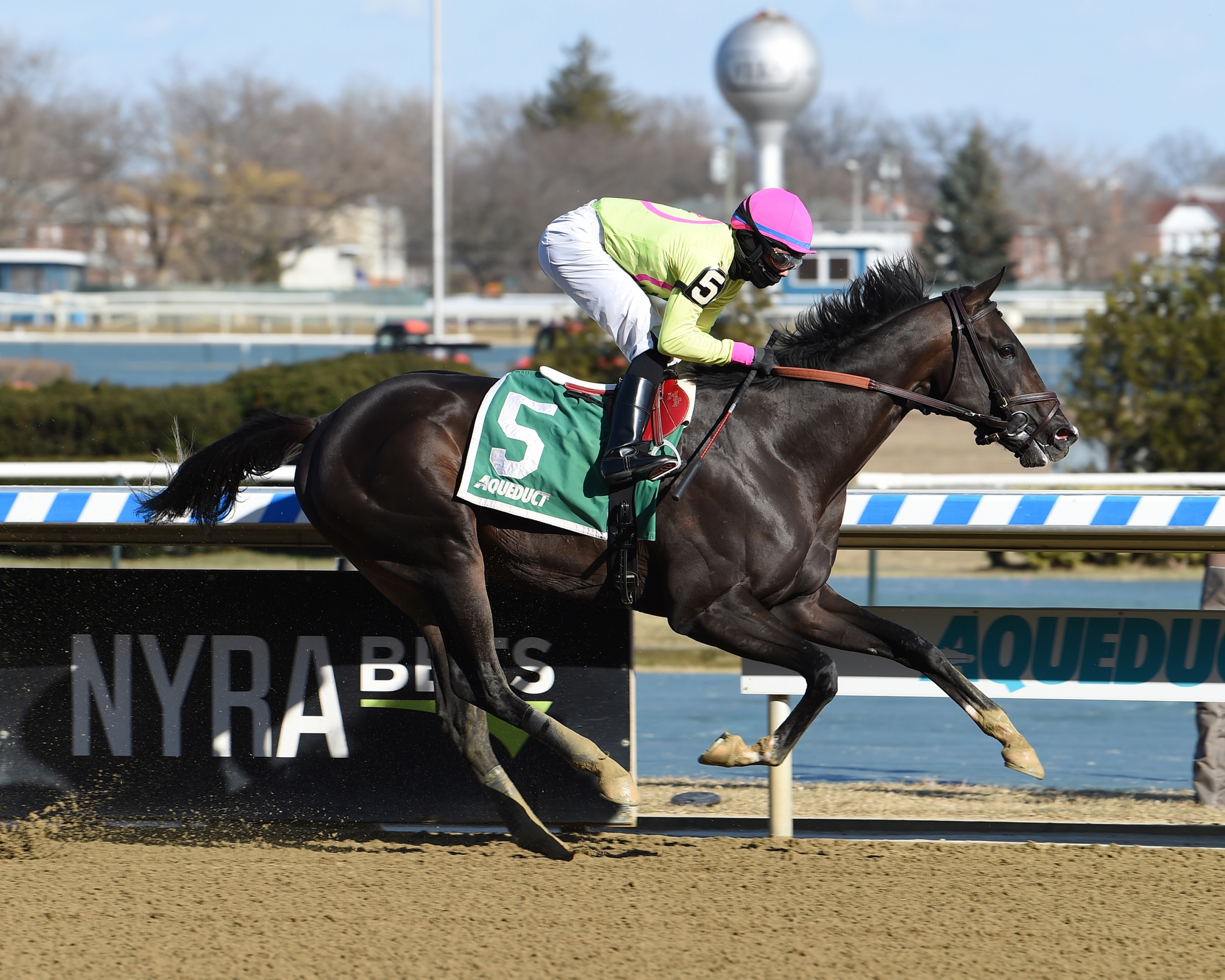 Excellent Timing rewarded his new connections with a dominant front-running score in the Damon Runyon S. for New York-breds Sunday. Second on debut at Belmont as the chalk Oct. 18, the dark bay ran up the score to 7 1/4 lengths and earned an 81 Beyer Speed Figure going a sixteenth shorter here Dec. 10 for Happy Face Racing Stable and Charlton Baker. He subsequently changed hands privately, and was heavily favored to handle the next test.

Right to the front, Excellent Timing doled out soft splits of :24.49 and :49.19 while always seeming to be in complete control. Already far in front as he straightened for home, the colt cruised to the wire unchallenged and was geared down late to become the fifth black-type winner for his well-regarded now second-crop sire (by Giant's Causeway).

“The horse ran huge,” said Dan Stupp, assistant to trainer Chad Brown. “The team down at Payson [Park in Florida] did a good job preparing him this winter. He came up in great shape; he put on some weight and his coat looks great. Manny [Franco] did a great job allowing him to show his natural cruising speed and getting him to relax and settle. The horse did the rest from there.

“Off the layoff, you aren't 100% percent sure what to expect. He had put in some good works down in Florida. We worked him a nice half-mile here at Belmont last week (:48 3/5 over the training track Mar. 7) and it went great. We knew he would run well, but you never know off the bench. The track is a little deep and tiring, but we're happy with the performance.”

Co-owner Michael Dubb said, “We had open company on our mind, but this time of year, everyone throws 3-year-olds to the wolves. This horse could have a nice and long career, so we wanted to develop the horse the right way and not get him where he loses interest. We want to get him used to winning. Hopefully, once we do that, we can go to open company. It's the right thing to do with the horse.

“The fact that it's a Not This Time [colt] gave us the idea that he could stretch out and we do expect the horse will stretch out. We'll go from there.”

The winner has a 2-year-old half-sister by Union Jackson and a yearling half-sister by Unified. His dam, a half to GSW Inexplicable (Miswaki) from an old and deep Tartan Farms family, most recently visited Maximus Mischief.