Noseda To Retire From Training 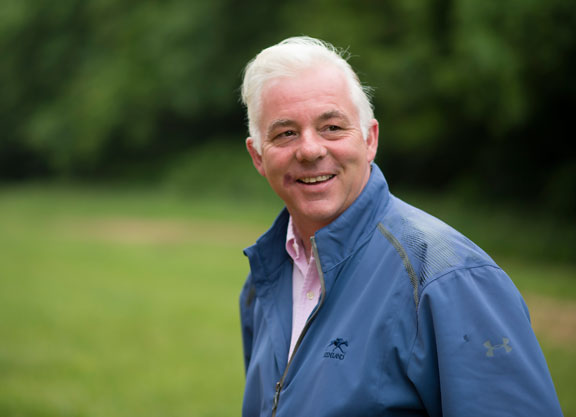 Jeremy Noseda, who has been training in Newmarket since 1998 and whose greatest wins include a St Leger and a Breeders' Cup, is set to retire from training.

“The time is right for me to walk away,” said Noseda. “I will be leaving the sport with a smile on my face and with a lot of great memories.”

In 2004, Noseda notched an excellent training feat when sending Wilko (Awesome Again) to Lone Star Park in Texas for the GI Breeders' Cup Juvenile for the 11th start of his 2-year-old campaign. A maiden winner and multiple group-placed, Wilko sprang a 20-1 shock under Frankie Dettori in his first start on the dirt, with the subsequent dual Classic winner Afleet Alex (Northern Afleet) in second.

“I have been lucky enough to enjoy many fabulous days as a trainer and also earlier in my career,” Noseda said. “I would like to thank my owners for their support over the last 20 years and, in particular, I would like to thank my staff for all of their highly skilled work and dedication. If there is sadness at this time it is that I will no longer be here for them. Several worked with me at Godolphin and then for me in Newmarket. Indeed there are those who I would count as very good friends. I know that they are among the very best staff in Newmarket and will have no trouble finding good positions within other stables.