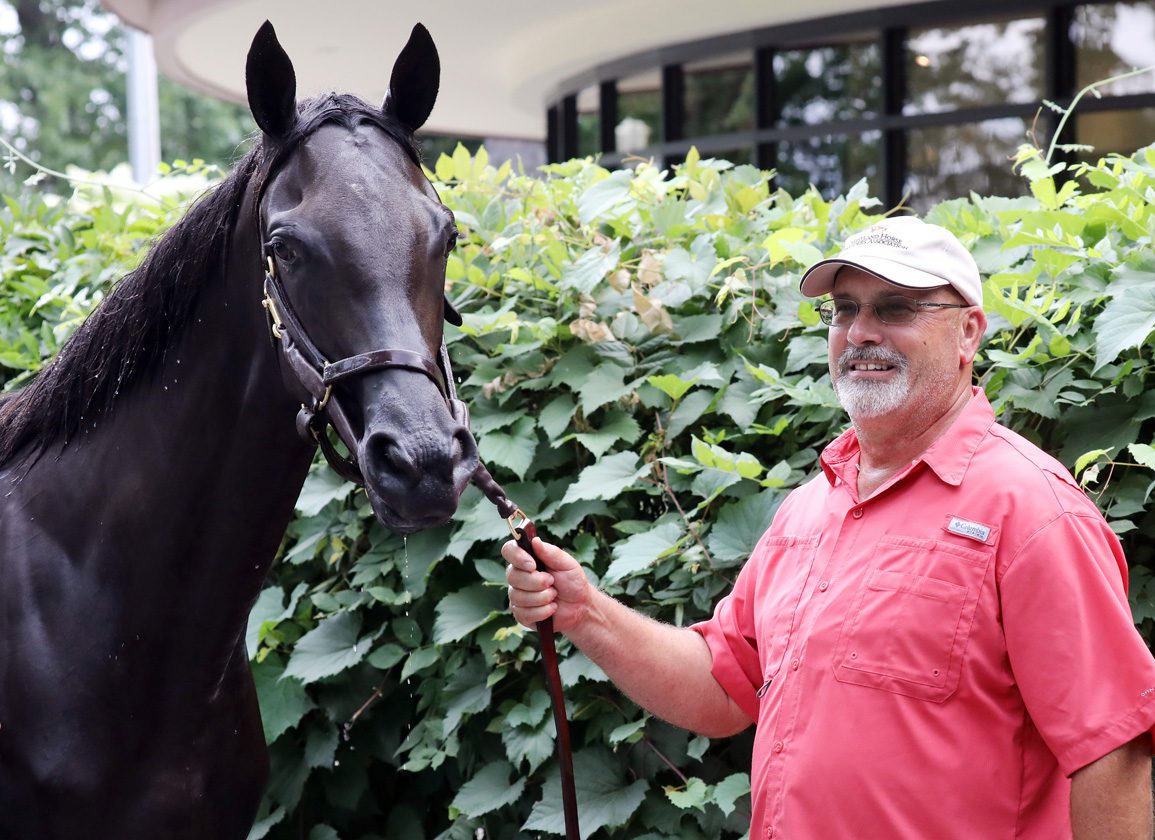 After pinhooking success near its home base in Maryland last fall, Northview Stallion Station and the Golden family's Sycamore Hall Thoroughbreds will look to keep the momentum going with a debut consignment of three horses at the Fasig-Tipton Saratoga Selected Yearlings Sale Monday.

“It's been a goal of ours for several years to start consigning up here [in Saratoga],” explained Northview's David Wade. “We've had homebreds that have fit the Keeneland market and we've had homebreds that fit the Timonium market, but we were looking specifically for something to pinhook up here at Saratoga. It's difficult for Northview to consign at Keeneland because we are a small consignor for that quality of horse, but in Saratoga, you can come up with two, three, four horses and not get lost and sell at the top of the market. That's where we've wanted to be. Hopefully this works out for us and we can continue to do it.”

Northview's Saratoga consignment kicks off Monday with one of two yearlings by freshman sire Mendelssohn (hip 31). The filly, out of graded winner Munny Spunt (Munnings), was purchased by Sycamore Hall for $280,000 at last year's Keeneland November sale.

The first-crop 2-year-olds by Mendelssohn have been gaining momentum on the racetrack in recent weeks as the Coolmore stallion has been represented by maiden winners at Ellis Park, Saratoga, Laurel and Delaware Park.

“I feel a lot better than I did a month ago,” Wade said of bringing two yearlings by the sire to market next week. “He finally got that winner in Saudi and then all of a sudden he ends up with a nice winner at Ellis Park and then a really nice winner at Saratoga and then he has had another three or four since then. So he's starting to heat up. He's moved up the freshman sire list. I think he is seventh today, whereas a couple of weeks ago he was probably down there around 20th. So there have been some nice timely wins that make you feel a lot better.”

Mendelssohn added another nice winner Sunday at the Spa in the form of 'TDN Rising Star' Pink Hue.

While Mendelssohn continues to get things done on the racetrack, Northview has already had success with the stallion in the sales ring. The operation purchased a Mendelssohn colt for $100,000 at the 2020 Keeneland November sale. Returned to the sales ring last October, the chestnut topped the Fasig-Tipton Midlantic Fall Sale on a bid of $235,000 from pinhooker David Scanlon. Not to be outdone, Scanlon, in turn, sold the colt for $1.3 million at this year's OBS Spring Sale.

“We pinhooked one last year that we took to the Timonium sale that we bought for $100,000 and we got $235,000 and topped the sale,” Wade said of the operation's pinhooking resume. “We had a second horse that I actually bought with the intention of pinhooking for the farm which was an Empire Maker colt, but when I got him back to the farm, Mike Golden, who owns Northview with his sister, saw the horse and he said, 'I'm not selling this horse. I want to race it.' So he's now with Graham Motion and he'll hopefully make a start in four to six weeks.”

The Empire Maker colt (hip 790) was purchased for $150,000 at the 2020 Keeneland November sale. Now named Kicks Like Tucker, he continued preparations for his debut with a three-furlong work in :37 flat (1/4) at Fair Hills last Thursday.

Northview's Saratoga consignment will continue with a colt by Bernardini (hip 90) out of Stargirl (Medaglia d'Oro), who is a half-sister to stakes winners Little Nick V (Colonel John) and Now Spun (Hard Spun). The yearling, whose third dam is Grade I winner Pacific Squall (Storm Bird), was purchased by Wade on behalf of Sycamore Hall for $125,000 at this year's Keeneland January sale.

“We had several horses that we had short listed at the January sale, but the important thing when you shortlist these horses to pinhook them, you have to try to buy them at the right level,” Wade said. “And he was one of the horses who was certainly on our list. I don't think I would have gone any higher for him, but I think we left some room to make some money. We will find out on Monday.”

The Northview trio is completed by a son of Mendelssohn (hip 110) who is out of Undisputed Legend (Domestic Dispute) and is a half-brother to multiple stakes winner Whereshetoldmetogo (El Padrino). Bred by Wade, the yearling is one of six Maryland-breds in the Saratoga catalogue.

Wade is also optimistic heading into the two-day Saratoga sale.

“I think all three of these horses are coming into the sale just right,” he said. “[The market] looked pretty good in July in Kentucky. The 2-year-old sales certainly looked very good. I think, as these foal crops have continued to get smaller and purses have continued to go up, that there is going to be demand for horses. So I think we are sitting in pretty good shape.”

The Fasig-Tipton Saratoga sale will be held Monday and Tuesday in the Humphrey S. Finney Pavilion. Bidding begins each evening at 6:30 p.m.