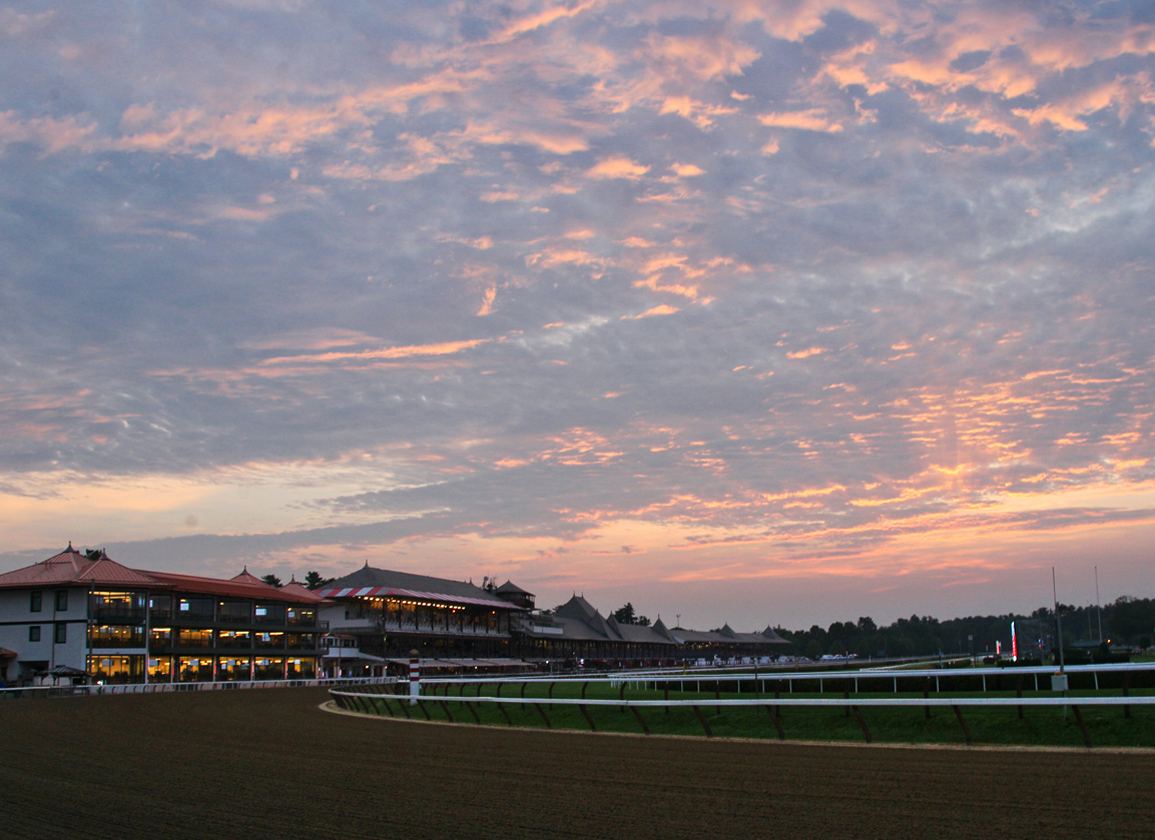 SARATOGA SPRINGS, N.Y. – Once again, Saratoga opens its world-renowned race meet with the question: How many?

During the COVID-19 summer of 2020, the issue was whether there might be some loosening on the ban on spectators during the 40-day season. That never happened, though a limited number of owners were allowed to see their horses run, and some of the world's best Thoroughbreds played to a oh-so quiet empty house at America's oldest race track.

With restrictions completely lifted in New York State in time for the 153rd season, the challenge of the week is to predict the size of the crowd that will attend the 10-race card on opening day Thursday. While the range varies, the consensus is: huge.

“I think the place is ready to explode,” said trainer H. James Bond. “Every phone call, every person that I talked to about Saratoga, everybody just can't wait to get here and get going. I think it's going to be a coming-out party like they've never seen before.”

New York Racing Association officials knew that enthusiasm for the 2021 meet was high even before they announced free admission on opening day for people who could prove that they are vaccinated. The free admission offer was announced after New York reached a 70% vaccination level in mid-June.

NYRA president and CEO David O'Rourke chuckled at the suggestion that it might be a Saturday-sized crowd on Thursday.

This will be the third season to open on a Thursday since NYRA reworked the Saratoga schedule, moving to five-day weeks– Wednesdays through Sundays–and starting proceedings a week earlier in July. NYRA announced a crowd of 22,591 for the rainy opener in 2019.

Saratoga's opening day has long been a festive occasion at the track on the south side of Union Avenue. This time around, the excitement level is expected to be a few notches above the norm.

“I think it's going to be a little bit of a celebration, right?,” O'Rourke said. “Last year was a strange year, to put it lightly, for everyone and being up there, racing without fans. Now, to be able to welcome everyone back and in one way, celebrate the success we've had in terms of getting through this with the vaccination rates in New York, we figured it was a nice little gesture just to offer free admission as a celebratory kind of nod.”

Four-time Eclipse Award-winning trainer Chad Brown grew up in nearby Mechanicville and embraced racing at Saratoga Race Course. He is anxious to turn the page back to the Saratoga he knew before the pandemic and said he expects a special opening day.

“I've definitely been looking forward to it for a long time now,” Brown said. “I'm so happy everyone's going to be back and full capacity and things are looking pretty lively already.”

Brown said that the 2020 meet was sort of depressing.

“We tried to maintain some positivity because NYRA did offer the nice races up here,” he said. “We had a lot of nice horses to run and we won some big races, but it was so different to go through it with no fans there, no family there. It's just a very empty feeling throughout the meet, I think for everybody. Like I said, at the end of the meet last year, hopefully that's the only time we ever have to do that.”

As has been the case since the mid-1950s, the GIII $150,000 Schuylerville S. for 2-year-old fillies is the headliner of the opening-day program. It will be the 103rd running of the six-furlong race. The Schuylerville will be preceded by the GIII Quick Call S., the 5 1/2-furlong turf sprint for the sophomore set.   Following the four-day opening weekend, Saratoga will have six five-day weeks and will complete its upstate New York run with a six-day week closing on Labor Day, Sept. 6.

The season will include 76 stakes worth a total of $21.5 million. Saratoga is the home to 20 Grade I stakes, the most of any track. The lineup this year includes the $600,000 Flower Bowl and the $1-million Jockey Club Gold Cup, which were moved from Belmont Park and will be contested on Saturday, Sept. 6. The $1-million GI Whitney S. is scheduled for Aug. 7 as the marquee race on a program with five stakes.

The GI $1.25-million Runhappy Travers S., the highest-profile race on the Saratoga calendar every summer, returns to its familiar late-season date on Aug. 28–it was moved ahead a few weeks to be prep for the GI Kentucky Derby in 2020–and will cap a program with six Grade I races. Belmont S.-winning trainer Brad Cox is aiming Godolphin's GI Belmont S. winner Essential Quality (Tapit) for the 152nd Travers, the oldest stakes for 3-year-olds in the U.S.

Standing in front Essential Quality's stall this week, Cox, the 2020 Eclipse Award-winning trainer, acknowledged that it's nice to have a standout 3-year-old colt in the country in his care.

Cox said the gray son of Tapit will be on a Saturday work schedule for his Saratoga races.

“My job is to make sure everything's right for him,” Cox said, “and he's prepared, prepared properly and everything's going the way it needs to go and giving him every shot to succeed up here. And, so far, so good.”

On Friday, Aug. 6, Bob Baffert's 2015 Triple Crown winner American Pharoah–who lost in the Travers at the Graveyard of Favorites–will be inducted in the Hall of Fame at the National Museum of Racing. The other members of this year's class are trainers Todd Pletcher, who, like American Pharaoh, was elected in his first year of eligibility, and steeplechase trainer Jack Fisher.

The ceremony could not be held last summer, so the 2020 class will be inducted: racehorses Tom Bowling and Wise Dan; jockey Darrel McHargue; trainer Mark Casse; and Pillars of the Turf the late Alice Headley Chandler, J. Keene Daingerfield, Jr. and George D. Widener, Jr.

Pletcher's unbeaten stable star, Shadwell's 'TDN Rising Star' Malathaat (Curlin), is scheduled to make her first start since winning the GI Longines Kentucky Oaks in the GI Coaching Club American Oaks July 24. Pletcher won his 14th Saratoga training title, but said his current stable does not have the balance to get the job done this year. He said he is looking forward to a typical Saratoga season with thousands of people on the grounds.

“Well, I think it's going to feel normal again,” he said. “I think bigger question is like how strange did last year feel? Saratoga is the one place where we race that has the most electric crowd, the most enthusiastic crowd. The fans are very knowledgeable. It's what you've grown accustomed to your whole career and last year just didn't seem right. At the same time, we were blessed that we're able to continue racing and because of the television product, maybe hopefully we've gained some new fans. Maybe, you know, there was some silver lining to the whole thing, but it'll be nice to get back to normal.”