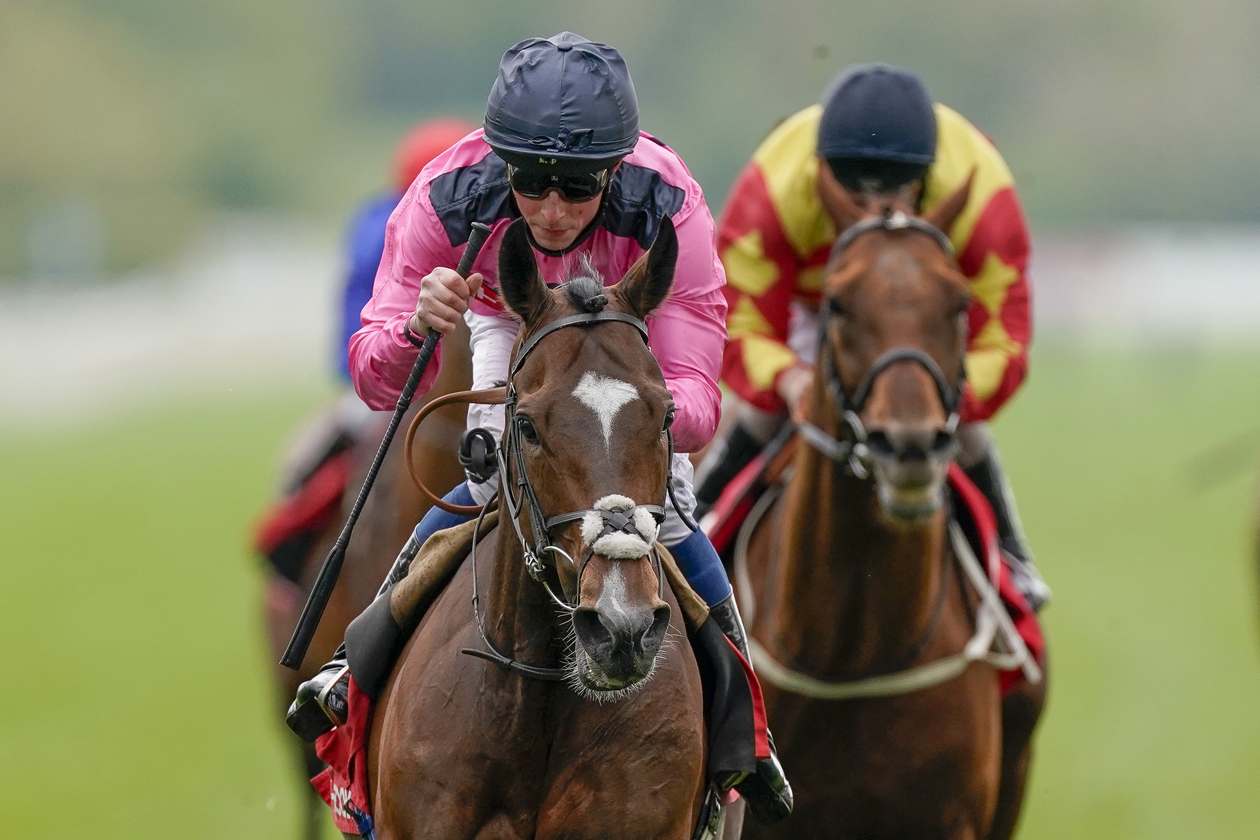 Providing a boost to Subjectivist (GB) (Teofilo {Ire}) who had beaten him so readily in the Mar. 27 G2 Dubai Gold Cup, Team Valor and Gary Barber's Spanish Mission (Noble Mission {GB}) was at the fore with a smooth success in Friday's G2 Yorkshire Cup. Held up in last early by William Buick, last year's G2 Doncaster Cup winner who was making his European return having been fifth at Meydan was moved closer travelling notably strongly as Sir Ron Priestley (GB) (Australia {GB}) attacked approaching three out. Getting the better of that 6-5 favourite a furlong from home, the 11-2 shot was firmly in command from there and had 2 3/4 lengths to spare over Santiago (Ire) (Authorized {Ire}) at the line, with Sir Ron Priestley surprisingly backing out of the fight late to be a further length away in third. “It was a great performance. He won the Doncaster Cup last year in great style and it was similar conditions today,” Buick said of the June 17 G1 Ascot Gold Cup-bound winner. “He doesn't have many blips in his career and they've only been when the ground has been bad or he's been unfortunate. He travelled smoothly today and over this trip he has that turn of foot, that tactical pace which is great to have in a stayer.”

Having proven himself a genuine pattern-race performer when beating Nayef Road (Ire) (Galileo {Ire}) by four lengths in Newmarket's 13-furlong G3 Bahrain Trophy in July 2019, Spanish Mission also garnered the Jockey Club Derby Invitational at Belmont that season before trying staying trips. Second in Sandown's G3 Henry II S. over two miles in early July, the bay was sixth in the G1 Goodwood Cup later that month before leaving David Simcock and marking his debut for this stable with a comprehensive win in the Listed Chester S. in August. Proving that the near two-and-a-quarter-mile trip of the Doncaster Cup held no fears when following up at the St Leger meeting, he was seventh in the G2 Qipco British Champions Long Distance Cup on testing ground at Ascot in October. Runner-up in the 15-furlong Red Sea Turf H. at Riyadh Feb. 20 before his Dubai Gold Cup effort.

Underlining just what a stamina influence Noble Mission has been in this instance, the first foal out of the listed-winning dam Limonar (Ire) (Street Cry {Ire}) was the Listed Rose Bowl S.-winning sprinter Mokarris (More Than Ready) who was also runner-up in the G2 Gimcrack S. Limonar is a half-sister to the GI Shoemaker Mile winner Talco (Fr) (Pivotal {GB}) and to the dam of the recent G3 Prix de la Grotte third Silvestri (Fr) (Siyouni {Fr}) who lines up in Sunday's G1 Poule d'Essai des Pouliches. This is also the family of the G1 Irish 2000 Guineas hero Bachelor Duke (Miswaki) and the G1 National S.-winning sire Fatherland (Ire) which includes Sonnyboyliston (Ire) (Power {GB}) who was third in this month's G3 Ormonde S. Her 2-year-old colt is by Mastery, while she also has a yearling son of Uncle Mo.