No Nay Never's Meditate Makes All In The Albany 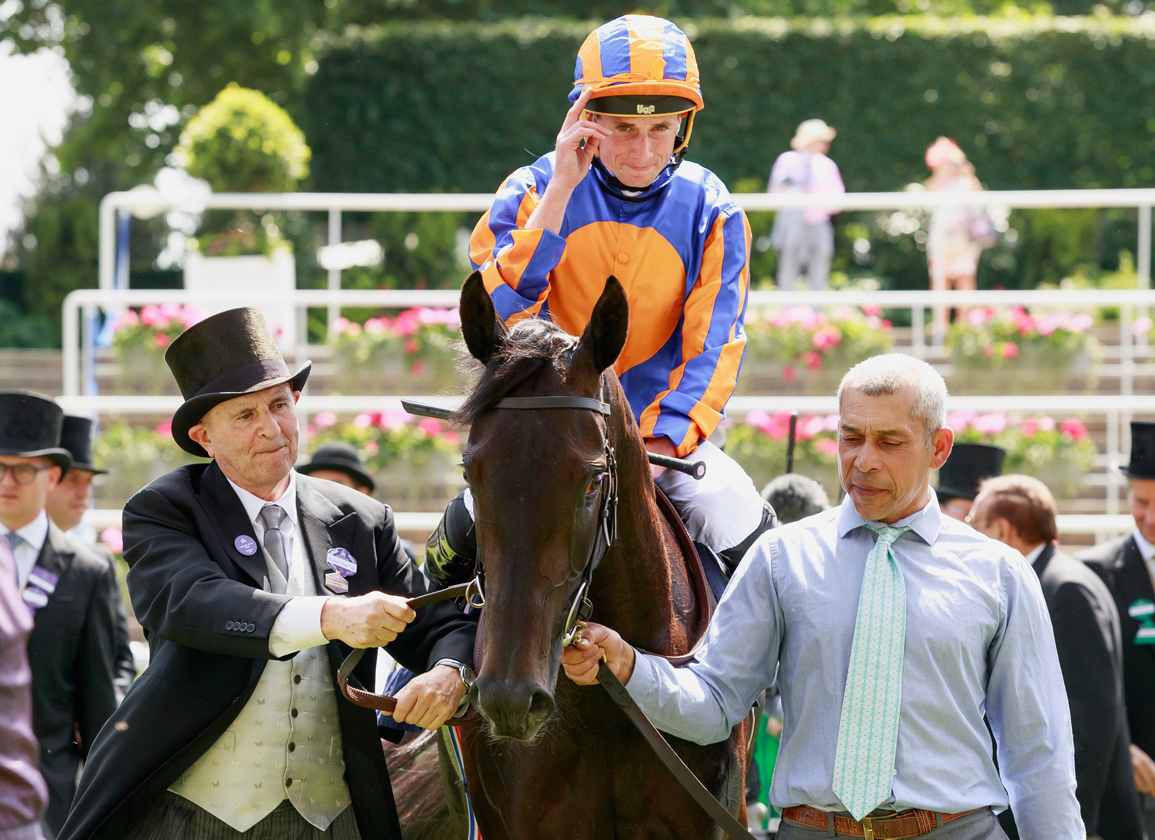 Ryan Moore and Meditate return to the scales after winning the Albany | Racingfotos.com

The heat was on at Royal Ascot on Friday, but Aidan O'Brien could rest easy with Ryan Moore and Meditate (Ire) (No Nay Never) keeping it simple as they dominated the G3 Albany S. with a performance that was as impressive as it was straightforward. Sent off the 5-2 second favourite with Godolphin's Mawj (Ire) (Exceed and Excel {Aus}) shading it at 2-1, the €360,000 Arqana Deauville August graduate who had already passed the test of Naas's G3 Coolmore Stud Irish EBF Fillies Sprint S. with comfort was sent to the head of affairs from the break. Thoroughly professional throughout, the bay killed the contest from the three to the two and stayed safely out of range of the TDN Rising Star Mawj to score by 1 3/4 lengths, with the 66-1 shot Ivory Madonna (Ire) (Dark Angel {Ire}) outrunning her 66-1 odds a neck further behind in third.

“Aidan couldn't have had her any better today. She did everything beautifully,” Moore said of his 70th Royal Ascot winner and fourth of the week. “We didn't expect to be in front and she was waiting for something. She kept finding a bit more. She has a relaxed way of going and is a lovely filly who has a bit of class. You need that when you are making the running here over six furlongs. She can carry on improving.”

O'Brien said, “She looks to have all the right things–she's mature, she's got a lovely mind and physically she's a big girl. She just looks a very smart filly. She looks like a filly for the Moyglare. She might have a run between now and then, but she doesn't have to. We had Statuette in this race as well, but we didn't want to run the two of them, so Statuette is going to the Curragh next week.”

Mawj's rider Ray Dawson said, “I tracked the winner, but she had just a little more natural speed and a bit more experience. My filly is still learning and could probably do with stepping up a furlong or two. She has run well.” Trainer Richard Spencer said of the third, “We think a lot of Ivory Madonna. Hollie [Doyle] has done a lot of work with this filly and today the greenness was still there. She is actually a breeze-up filly, but is totally the opposite of what you'd expect. The guys at Yeomanstown Stud have done a great job with her and she is not the kind of breeze-up filly that was wired and ready to run for its life. She is a filly for next year, so whatever we do this year will be a bonus. She has plenty of size and scope and she is still a little bit weak. The further she goes, the better she goes in her home work. She has got the greatest of minds. It is very exciting.”

🤩 Another clever ride by Ryan Moore at #RoyalAscot.