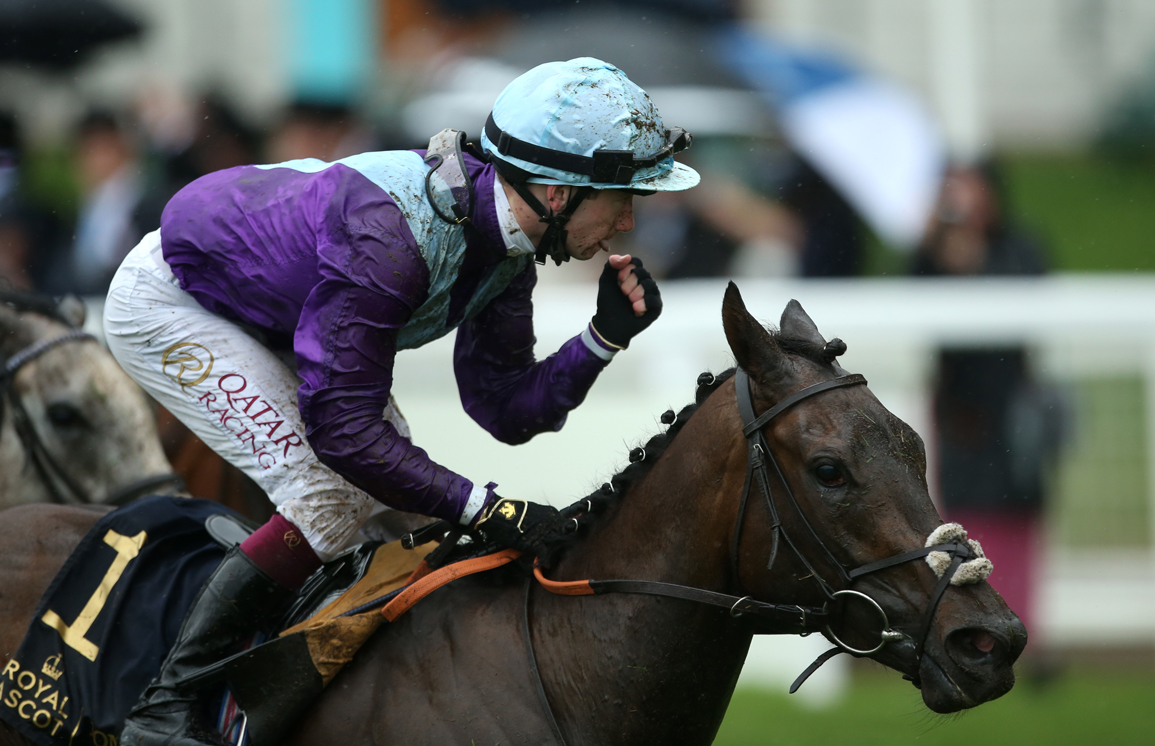 Just minutes after losing the argument for keeping the G1 Commonwealth Cup on Dragon Symbol (GB) (Cable Bay {Ire}), Oisin Murphy was playing Mr bouncebackability as he steered Alcohol Free (Ire) (No Nay Never) to clear-cut glory in the G1 Coronation S. It will certainly be a Royal Ascot Friday the reigning champion jockey, who has generally been put through the emotional wringer this month, will never forget with such extreme highs and lows all within the space of less than an hour. To add another aside to this tumultuous spell, Alcohol Free even opted to drop him as he was making his way back to the hallowed place having seen off TDN Rising Star Snow Lantern (GB) (Frankel {GB}) and the G1 1000 Guineas heroine Mother Earth (Ire) (Zoffany {Ire}). Jeff Smith's G1 Cheveley Park S. heroine had stamina doubts entering this test, with her fifth in Newmarket's Guineas largely inconclusive, but trainer Andrew Balding who is having a Royal Ascot to savour was adamant she possessed the right material. Buried in mid-pack early, the 11-2 shot was the first to subdue the aggressively-ridden G2 German 1000 Guineas winner Novemba (Ger) (Gleneagles {Ire}) passing the furlong pole before answering the doubters with a continued surge to put 1 1/2 lengths between her and Snow Lantern. Mother Earth was a model of consistency as usual, a neck further behind, denying the game Novemba third place by half a length. “I didn't get a chance to stress ahead of Alcohol Free,” Murphy said. “I said it to my valet that 'there's no place for tears in here–there are far worse things going on in the world' and we're in the entertainment industry. Alcohol Free is a real pain, but so talented and they got her here in super form.”

In a quirk of fate, Alcohol Free received the widest stall on her first two starts at two and while it was not a major problem on her winning debut at Newbury in August it probably cost her when 3/4-of-a-length second to the battle-hardened Happy Romance (Ire) (Dandy Man {Ire}) in Salisbury's G3 Dick Poole Fillies' S. in early September. Late that month, the bay got it together to deny Miss Amulet (Ire) (Sir Prancealot {Ire}) in the Cheveley Park at Newmarket showing the kind of pace that suggested a mile would be a stretch. Coming back in the seven-furlong G3 Fred Darling S. at Newbury Apr. 18, she was stuck out on the wing again but had enough to deny Statement (Ire) (Lawman {Fr}) by a short head. While that performance entitled her to a crack at the May 2 Newmarket Classic, it didn't scream Guineas winner and in the event itself she was again wide without cover and not seen to best effect. Although she was only two lengths off Mother Earth there, connections were convinced that she had not given her true running and it was full steam ahead to this test.

Primo Bacio (Ire) (Awtaad {Ire}) was a significant non-runner due to the drastic change in going brought about by the almost apocalyptic weather, and her absence was to leave some important questions unanswered with Snow Lantern having trailed her at York last time. Alcohol Free was due to be drawn wide before the stalls were moved to the far rail and that slice of fortune meant that she received early cover as David Egan took the bull by the horns on the German raider Novemba. Dragging his rivals into action in early straight as he kicked again on the runaway German Guineas winner, Egan drew the sting from TDN Rising Star Pretty Gorgeous (Fr) (Lawman {Fr}) but Murphy was still happy in behind and even had time to remove his goggles as he angled his mount for her challenge. As the winner settled the outcome passing the furlong pole, Snow Lantern who had run freely throughout the early stages as she had at York was forced to change course slightly before storming home.

“What worried me was the clerk of the course decided to put the stalls on the far rail. That was fine, but then everyone wants to get to that rail and I was worried it was going to get congested,” Murphy added. “Alcohol Free relaxed, I stayed on the bit for as long as I could and given her pedigree, she was always going to handle the ground.” Balding admitted to a feeling of deflation after the Guineas and said, “Alcohol Free is very classy. We had heavy hearts after Newmarket, because it isn't often you go into a Classic expecting to win it. For whatever reason, it didn't pan out that day and she was below-par, but she was back to her best today and she looked pretty good. We were a bit concerned when all the rain came, because her stamina wasn't guaranteed, but full credit to Oisin–it's the measure of the man to have the disappointment he had five minutes before they go in the stalls. To give her such a good ride takes some doing.”

“We have worked her at home plenty of times on soft ground, it doesn't inconvenience her and she travels very strongly–it was just whether she would see out the final furlong and I was very grateful that she really powered home,” the Kingsclere handler said. “Today was the first time ever she has got some cover and it's been through ill-luck rather than design that she hasn't before. The slightly awkward draw turned into a really good draw when they started to race down under the trees and she got some cover and switched off beautifully. She did win a group 1 last year, so there's never been any doubt about her ability but she needed a bit of luck and everything to drop right. She's in the [G1] July Cup [at Newmarket July 10] and the [G1] Sussex Stakes [at Goodwood July 28]–whether she does both or one I don't know, but I think we'll stick to Britain this year.”

Richard Hannon said of Snow Lantern, “Her day will come and she's run a super race. We had a point to prove after York. She is an aeroplane. In terms of what I came here wanting, she's done–she was so much less keen.”

Alcohol Free is out of Plying (Hard Spun), a dual winner in the Sheikh Mohammed silks for the Henri-Alex Pantall stable who was initially a $200,000 Fasig-Tipton Saratoga August Yearling purchase before selling out of a Darley draft for €12,000 to BBA Ireland at the 2013 Arqana December Sale. Five years later, she was bought by Jossestown Farm for €21,000 at the Goffs November auction and the rest is history. Also responsible for the Listed Prix le Fabuleux winner Alexander James (Ire) (Camelot {GB}), she is out of the Listed National S.-placed Nasaieb (Ire) (Fairy King) who produced the G2 Flying Childers S. and G3 Princess Margaret S. third Kissing Lights (Ire) Machiavellian). Nasaieb is a half-sister to the G3 Solario S. scorer Raise a Grand (Ire) (Grand Lodge) from the family of the champion Numbered Account (Buckpasser). Plying's unraced 2-year-old filly Hooked On You (Ire) (Starspangledbanner {Aus}) was a 130,000gns purchase by Creighton Schwartz Bloodstock at the Tattersalls December Yearling Sale and is in training with Karl Burke. Her yearling colt by Dandy Man (Ire) was bought by Ballyhane for €80,000 at the Goffs November Foal Sale.